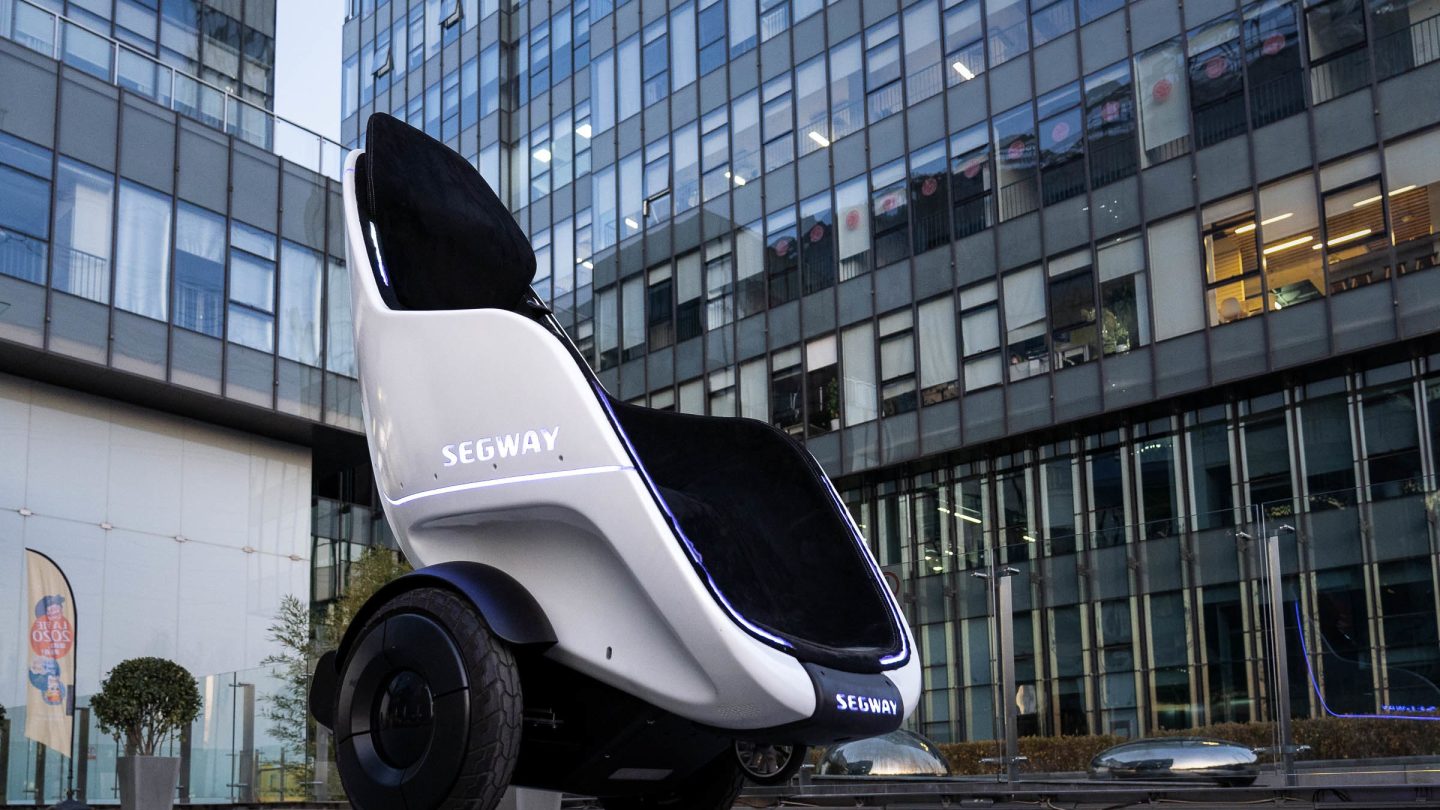 Wall-E is definitely one of the best Pixar films of all time (don’t bother arguing, it’s just a fact), but what it tells us about the future of humanity is pretty grim. In the Wall-E universe, humans have abandoned Earth after sucking it dry of all of its resources and are forced to live on a sort of orbiting barge that is also a giant mall. Oh, and everyone cruises around in little pods because they’ve grown so lazy their bones can’t support their weight.

That dystopian future may be closer than you think. We’re already doing a real number on our planet, and rapidly approaching a point of no return with regards to climate change, and now Segway — yes, that Segway — is stepping up to offer us some self-powered people movers that look eerily familiar.

Segway and parent company Ninebot are teasing the launch of a new vehicle called the “S-Pod.” It’s basically a big stroller/wheelchair that moves on its own and balances itself on two wheels, much like Segway’s original stand-up scooter. It looks like a godsend for individuals who have trouble getting around, as well as for those of us who are just too lazy to move.

The S-Pod packs some impressive specs, including a top of speed of nearly 25 mph. Would you feel comfortable cruising down the sidewalk at 25 mph on a two-wheeled, self-balance pod from the future? If so, this is your chance. In its current state, the vehicle can travel for just over 40 miles before needing to be juice back up again.

Segway hasn’t released some key details about the vehicle, including availability and price, but it hopes to have prototypes of the S-Pod available for testing at CES 2020, which is rapidly approaching next week.