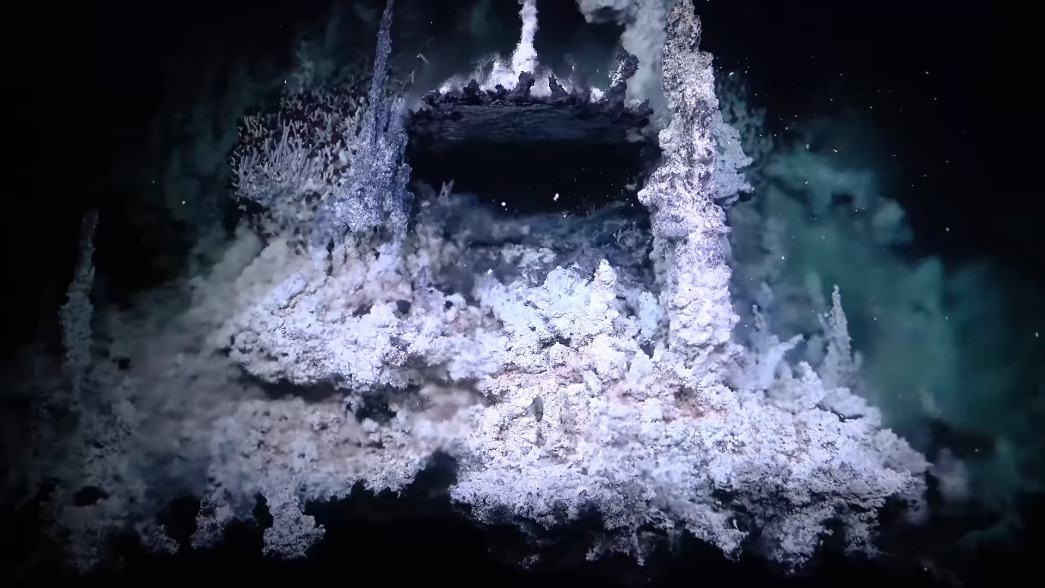 A new video from the Schmidt Ocean Institute gives us a closer look at a beautiful underwater world that you need to see for yourself.

The video was released earlier this month, and it includes a ton of footage captured in the waters of the Pescadero Basin, in the Gulf of California. In the basin, multiple hydrothermal vents around the Pescadero Fault create some amazing geological structures, including upside-down mirror ponds.

Considering the toxicity levels of the water found around the Pescadero Basin, it’s extremely intriguing to see how much life thrives in such harsh environments. The waters found nearly two miles beneath the ocean surface here can often reach upwards of 500-degree Fahrenheit. Those extreme temperatures, along with the hydrothermal vents around the area, create a unique underwater world unlike anything we’ve ever seen.

The basin surrounds an area known as the Pescadero Fault. As such, waters here often interact with the magma found beneath the earth’s mantle. This creates upside-down waterfalls as the seawater dissolves minerals, becoming buoyant. Because of the change, the water starts to travel upward from the deep crust. This creates chimneys and pipes for the fluid to flow through.

It’s a spectacular sight, and one that we’re not going to forget anytime soon.

The video features several minutes of the different sights found around the basin. Viewers get a great look at the different types of creatures that call this area home. Additionally, it’s a look into how the heated vents around the area change the environment. to create this living and thriving underwater world. Scientists have captured footage of the basin before. However, this is by far one of the most spectacular combinations of footage that we’ve seen in recent years.

Despite the lack of sunlight found at this level of the ocean, life continues to thrive in this underwater world.

Brittany Washington, the author of the Schmidt Ocean Institute’s post on the discoveries says that those organisms are the first step of the food chain down here. Then, animals like tube worms, crabs, and octopuses eat the bacteria. By studying these underwater worlds, scientists can dig deeper into the mysteries that surround the ocean.