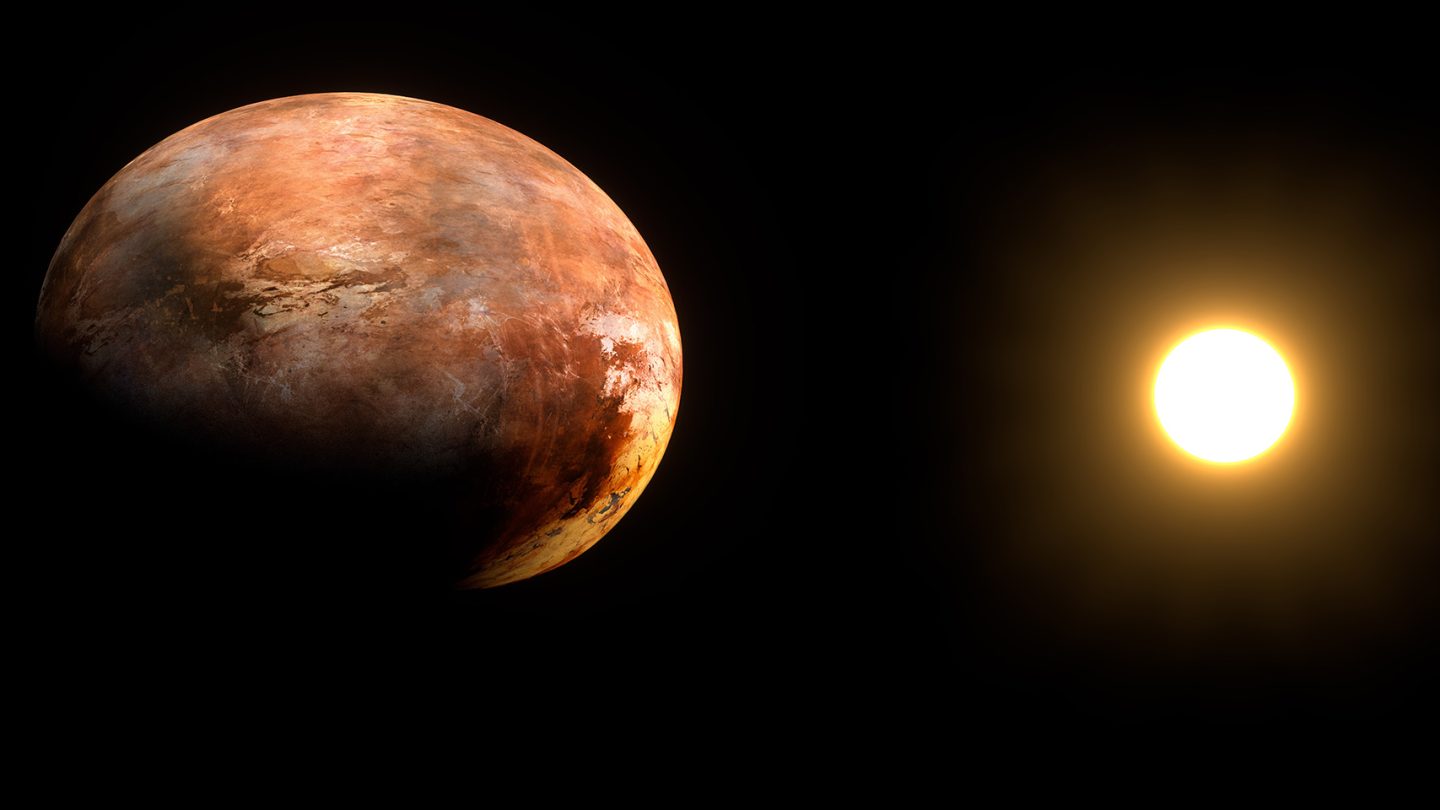 Almost 850 light-years away from Earth, a planet named WASP-121b makes the trip around its star. The star is a hot Jupiter, which means it is a gas giant that orbits close to its star. Because of how close it is, the temperatures on the planet can be extremely hot. In fact, the temperature on WASP-121b during the day is roughly 5,000 degrees Fahrenheit. Even more interesting, though, is that the planet appears to have floating metal clouds.

This planet’s surface is so hellish it has metal clouds

Part of what makes WASP-121b so intriguing is its oblong shape. Beyond that, though, the planet is also tidally locked. That means that one side is always facing its star, while the other side is always facing the darkness of space. So, essentially, it’s always daytime on one side and always nighttime on the other. This has caused an extreme difference in temperatures which makes metal clouds possible.

According to a statement shared by MIT, WASP-121b’s water cycle is extremely violent. On the day side, the atoms making up the planet’s water are literally ripped apart thanks to the insane temperatures. Then, these atoms are blown by 11,000 miles per hour winds to the other side of the planet. On the night side, the lower temperature allows the atoms to recombine into water molecules. But, water isn’t the only thing circulating the planet. According to a new study, the night side is cold enough to form metal clouds of iron and corundum. These clouds then circulate to the hotter side, where they vaporize and rain down metal on the surface of the planet.

The planet is ripping itself apart

If you thought metal clouds weren’t interesting enough, there’s more to this planet than meets the eye. According to the researchers, the planet will literally rip itself apart within the next several million years. This is in part to the insane winds and temperatures that the planet is hitting each day. But, the gravitational pull of its star is also to blame.

Because WASP-121b is so close to its star, the star’s gravity is actually pulling the planet into a weird oblong shape. As such, gases like iron and magnesium are leaking from the planet’s atmosphere. Because that pull is so strong, the planet is constantly on the verge of experiencing a tidal disruption. When that happens, the planet itself will completely come apart, metal clouds and all.

Even with the planet’s doom set to hit sometime in the future, astronomers want to learn a lot more from WASP-121b. As such, astronomers responsible for the new study plan to observe the planet more using the James Webb Space Telescope later this year.