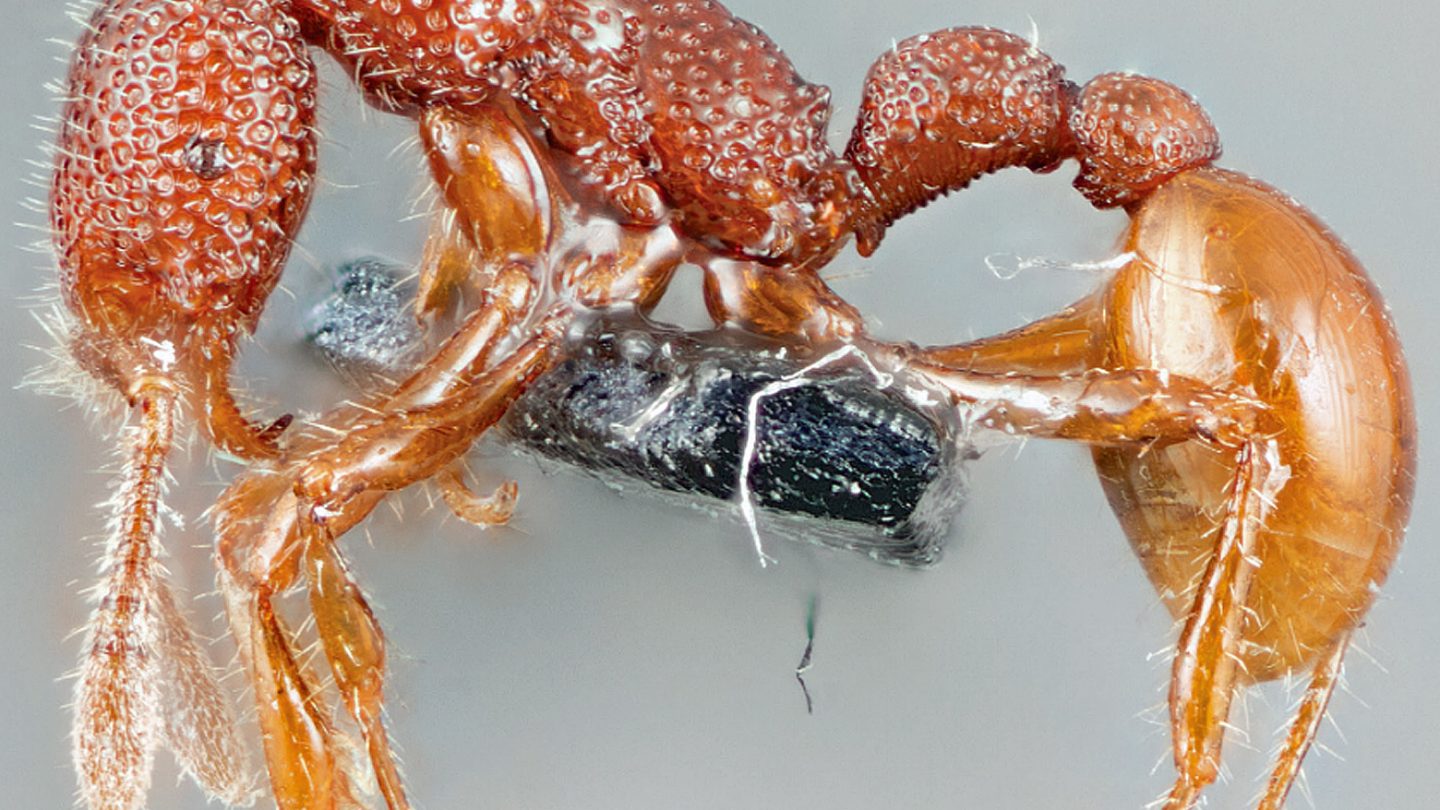 In nature, creatures that look ferocious and intimidating oftentimes have personalities to match. So, when researchers finally managed to find an active colony of an ant species with a frightening appearance and a name that literally means “tyrant ants,” they expected to observe some seriously aggressive insect action. What they got instead has left them completely puzzled, and with more questions than answers.

Scientists have known that the Tyrannomyrmex rex ant exists for a long while now. Researchers first discovered a single dead member of the species way back in 2003 in Malaysia. Other solitary examples of the species were spotted later, but until now, nobody had ever found an actual nest. Researchers theorized that the ant was so rare because they only existed in untouched, pristine jungles, but when an intact nest was discovered on the grounds of a military training area in Singapore, it was only the first of many surprises the ants were ready to offer.

The most shocking thing about the ants may be that, despite their intimidating appearance, they exhibited no aggressive behavior in any of the testing the researchers performed. In fact, when faced with other insects, they froze, hid, or fled at the first sign of potential danger. As National Geographic reports, lead researcher Mark Wong “had a good laugh” when all of the ants’ would-be prey seemed to send the insects running for the hills.

Along with being a bit funny, the ants’ refusal to attack any of the potential prey offerings has left the scientists at a loss to explain what the species even eats. On top of that, the team found that the ants don’t even have the same personal hygiene glands that other ants use to keep themselves and their colonies free of devastating bacteria. The specimens have preserved for further study, and may provide even more surprises down the road.