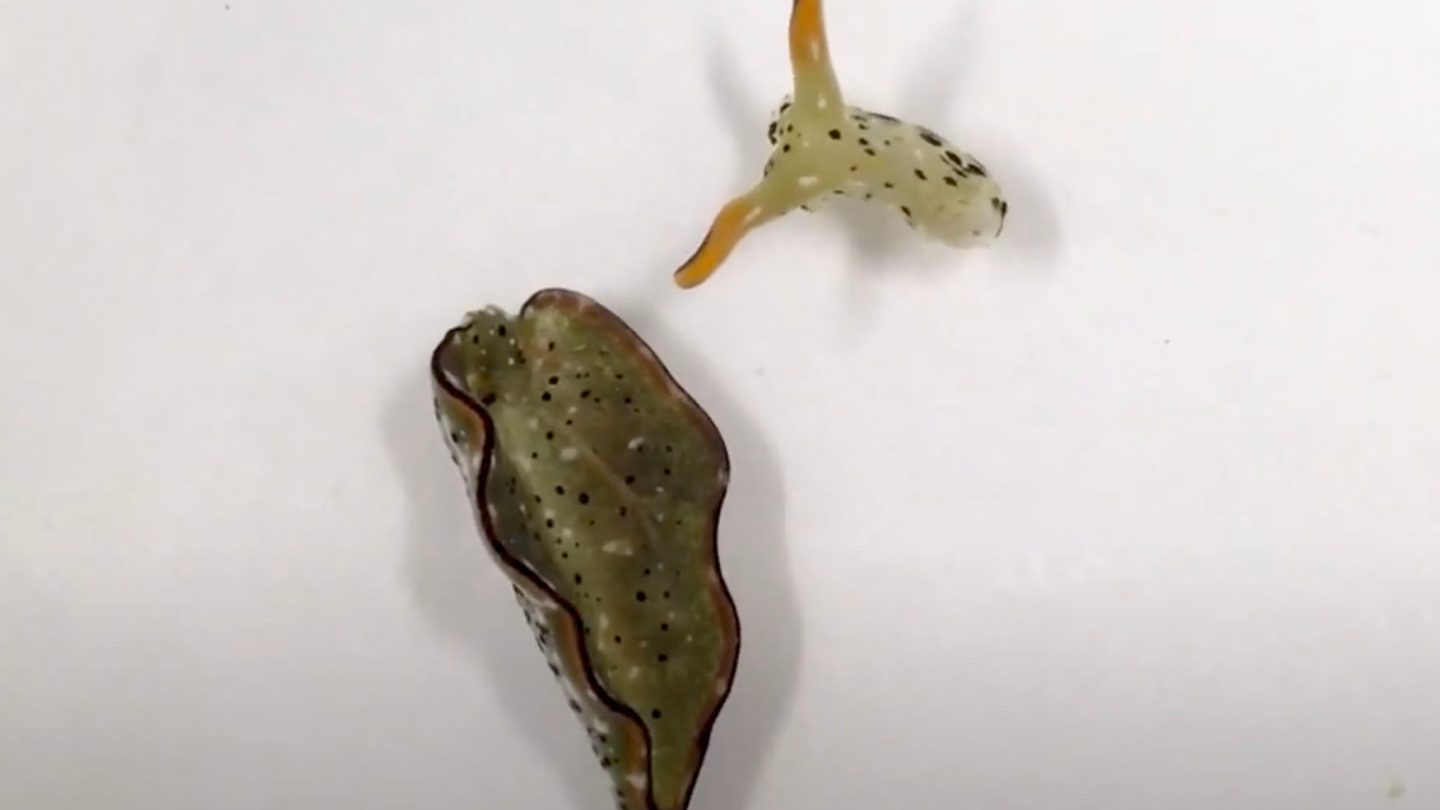 For the vast majority of animals on this planet, losing their head would be a near-instant death sentence. Creatures that have distinct heads typically use them to house a brain and other extremely vital organs, including sensory organs like the eyes. The head is obviously important, but it can rarely live without the body, which usually keeps the entire organism, including the head, alive. It’s incredibly rare to find an animal that can survive after losing its head or its body, but a team of scientists from Nara Women’s University in Japan just found not one, but two.

The animals are marine sea creatures called sea slugs. There are many varieties of sea slugs found in various parts of the world’s oceans, but nobody had an inkling that the two species studied — Elysia cf. marginata and Elysia atroviridis — were capable of literally severing their own heads and then regrowing their entire bodies back. A new paper published in Current Biology reveals the incredible discovery.

Losing a limb on purpose is an ability that a select few creatures have. Some reptiles possess this ability, including geckos, and those creatures use that power to escape from predators even after being snagged. In the case of geckos, they can detach their tails and then regrow them over time. It’s a handy ability, but losing an entire body and then regrowing it? Well, that’s pretty much unheard of.

“Autotomy, the voluntary shedding of a body part, is common to distantly-related animals such as arthropods, gastropods, asteroids, amphibians, and lizards,” the researchers write. “Autotomy is generally followed by regeneration of shed terminal body parts, such as appendages or tails. Here, we identify a new type of extreme autotomy in two species of sacoglossan sea slug. Surprisingly, they shed the main body, including the whole heart, and regenerated a new body. In contrast, the shed body did not regenerate the head.”

In videos showing the process in action, the head — which makes up just a small percentage of the slug’s overall body mass — moves around on its own, with the discarded body lying listlessly and showing no signs of life. Incredibly, the process of shedding the body takes just a few hours, but the time needed to regrow what is lost is much longer.

The head wound closes first, usually sealing itself inside of 24 hours. Then, as the disembodied heads feed, the organs the slug lost begin to grow back, including the heart. Within 20 days, the slug had regrown its entire body back, while the discarded body simply rotted away.

For animals that shed body parts, the parts that are lost and those that are considered the “core” of the animal can change dramatically. In this case, the sea slug’s head is the unit from which the rest grows. In other animals, it’s the body that is the central unit, allowing appendages to grow back. And in even rarer cases, the body can regenerate a head and brain if it is lost. Mother Nature, you crazy!