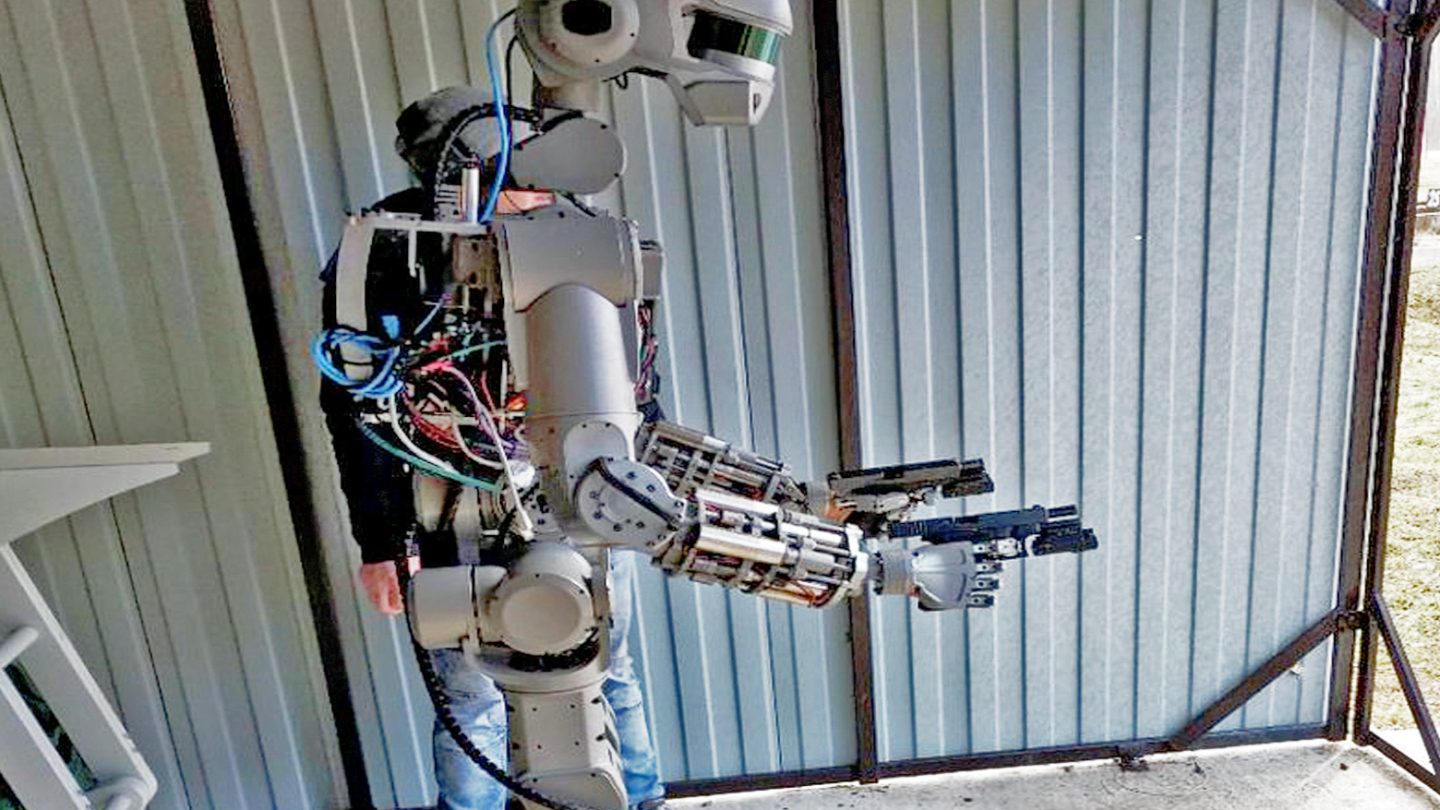 When it comes to fears of robots taking over the world, mental images inspired by Terminator immediately spring to mind. But if robots really were going to wage war against their creators some day, they wouldn’t be walking around with guns, would they? Thanks to Russia’s new military robot, a future filled with armed humanoid machines might actually be in the cards.

Russia’s FEDOR robot has two arms, two legs, a head and a torso. It’s basically the dark grey humanoid bot that haunts your dreams when you fall asleep watching some futuristic dystopian horror flick, and the Russian military is pretty proud of that. So much so that Russia’s Deputy Prime Minister, Dmitry Rogozin, took to Twitter to show off how the bot is progressing, including its newly acquired ability to hold and fire two pistols at the same time, like some kind of mechanical action movie hero.

Robot FEDOR showed the ability to shoot from both hands. Fine motor skills and decision-making algorithms are still being improved pic.twitter.com/Y7IsciocPW

What’s particularly interesting about the tweets specifically is that Rogozin mentions that the robot’s AI — more specifically, its “decision-making algorithms” — are “still being improved.” So, if we’re to take the images and statements at face value, the military engineers who have been hard at work on the FEDOR bot managed to successfully get it to hold and fire two guns at the same time before developing the machine intelligence that will prevent it from using its awesome abilities on whatever it sees fit. That’s just swell.

Rogozin quickly followed that tweet up with one that’s really only slightly more reassuring.

Shooting exercises is a method of teaching the robot to set priorities and make instant decisions. We are creating AI, not Terminator

No, actually, it seems like that’s exactly what you’re creating.