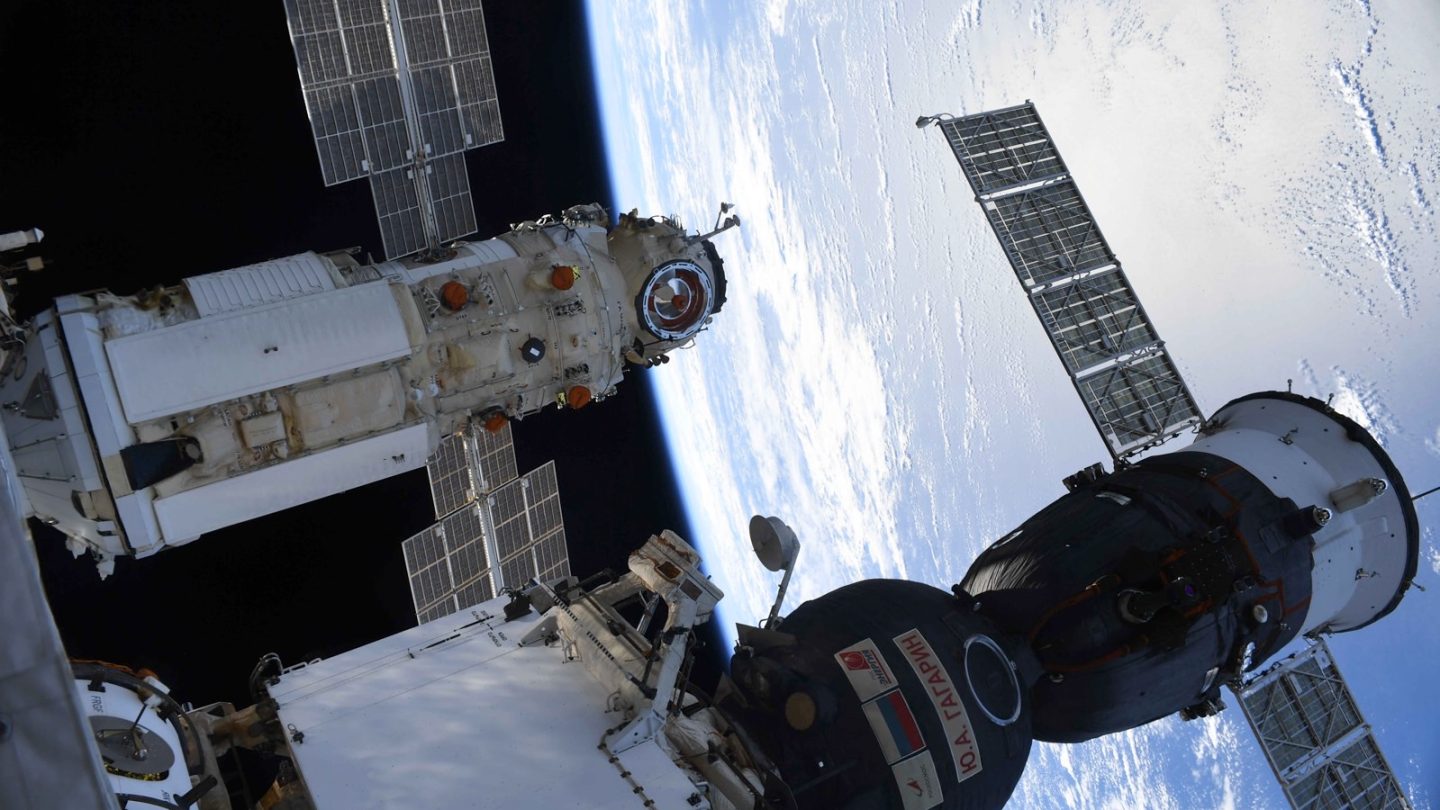 The Russian Nauka module docked with the International Space Station (ISS) on Thursday at 9:29 AM EST, more than a week after its rocky launch from the Baikonur Cosmodrome on July 21. At around 12:34 PM, the Nauka began firing its thrusters without explanation, initiating a frightening sequence of events. The ISS lost attitude control as a result, as the Nauka sent the entire space station drifting at a rate of about half a degree per second. The unexpected propulsion moved the space station by around 45 degrees in pitch. The ISS regain attitude control at 1:29 PM, nearly an hour after the incident. Russia has gone on record explaining what had gone wrong. A software error caused the thrust, with officials further investigating the matter.

“This is one of the more serious incidents in the 24-year-history of the ISS,” Harvard-Smithsonian Center for Astrophysics Jonathan McDowell told Gizmodo. “The loss of attitude control in principle risks breakup of the complex.”

The physicist explained that a similar incident happened in 2016. The Japanese Hitomi satellite forced it into an uncontrollable spin that broke it up. He said that the ISS incident isn’t comparable. The space station probably didn’t come close to seeing any structural damages. “But you don’t want a 400 tonne station with big flexible parts like solar arrays to be falling end over end.”

He also wondered about the integrity of exterior experiments connecting to the space station by wire.

Following the docking of the Nauka module, the module's thrusters started firing at 12:45 pm ET, moving the station out of orientation. Ground teams have regained attitude control and the motion of the space station is stable. https://t.co/8tuzbgICs1

What happened with the Nauka?

“At the moment, the station is in its normal orientation, all the ISS and the multipurpose laboratory module systems are operating normally,” Vladimir Solovyov said in a statement. He added that they created “a reliable internal power and command interface, […] as well as a power supply interface that connected the module to the station.”

Solovyov is the flight director of the Russian segment of the ISS. He said that a “short-term software failure” caused the ISS Nauka incident. A “direct command was mistakenly implemented to turn on the module’s engines for withdrawal. This “led to some modification of the orientation of the complex as a whole.”

NASA said that the crew was never in any danger. ISS program manager Joel Montalbano said that he wasn’t “too worried” about the incident. Mission controllers train for these scenarios, he said. A recurrence is no longer possible, as the Russian crew inhibited the Nauka thrusters.

He said the correction used “obviously more propellant” than NASA wanted. Mission specialists are still determining how much propellant they wasted.

The thrusters on the Zvezda module and the docked Progress cargo ship brought the ISS back to its position during the Nauka incident. The Russian team is now running tests to ensure the “unconditional safety” of the ISS and its crew. The cosmonauts will then bring the Russian module online for regular ISS activities.

NASA, meanwhile, postponed the launch of the Boeing CST-100 Starliner. Supposed to launch on Friday, the uncrewed test flight will launch on August 3rd at 1:20 PM at the earliest. This “allows the International Space Station team time to continue working checkouts of the newly arrived Roscosmos’ Nauka module and to ensure the station will be ready for Starliner’s arrival.”