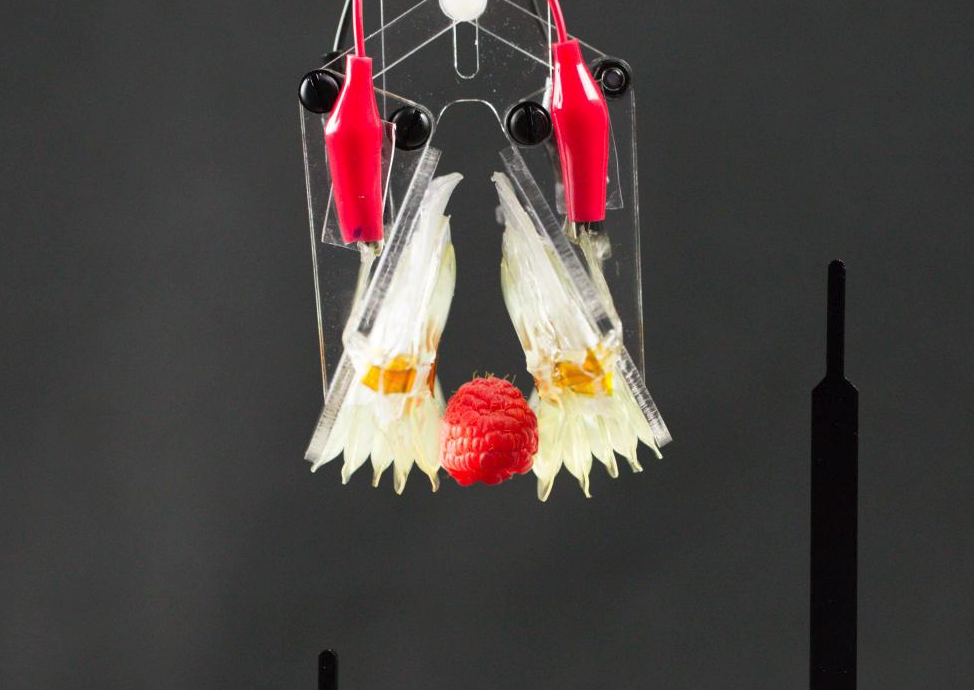 We often think of robots as superior to ourselves, but when it comes to the abilities afforded us by our muscles, robots have a hard time keeping up. Researchers at the University of Colorado Boulder are working to change that with newly-developed soft muscles that work a lot like our own, and can even heal themselves from certain kinds of damage.

The new robo-muscles are called hydraulically amplified self-healing electrostatic actuators, or HASEL for short. They’re a potential replacement for hard metal motors and hydraulic pistons that robotics designers often lean on to provide their creations with movement. In a pair of papers published this week in Science and Science Robotics, the researchers describe their biologically-inspired soft robot muscles as having the potential to revolutionize how robots move.

The muscles are built using small flexible pouches which are filled with oil. The pouches have electrodes embedded in them and when electricity is applied the oil tenses up and creates an artificial muscle contraction. When the electricity is cut off, it relaxes again, and the faux muscles can flex and relax instantly, just like a real muscle.

“HASEL actuators synergize the strengths of soft fluidic and soft electrostatic actuators, and thus combine versatility and performance like no other artificial muscle before,” Christoph Keplinger, senior author of the research, explains. “Just like biological muscle, HASEL actuators can reproduce the adaptability of an octopus arm, the speed of a hummingbird and the strength of an elephant.”

What’s particularly interesting about this new robotic muscle tech is that it’s incredibly cheap to produce. The oil, elastic bags, and electrodes that make up the muscle only cost pennies, and they work as well or better than a traditional electric motor. However, the one drawback is that the electricity the muscles crave can be a steep requirement, and a bot equipped with such muscles might burn through its power reserves at a rapid pace.

Still, it’s a remarkable breakthrough in the field of soft robotics and if further work on the concept can yield strong muscles without such a high power demand, it could change the way the robots of the future are designed and built.