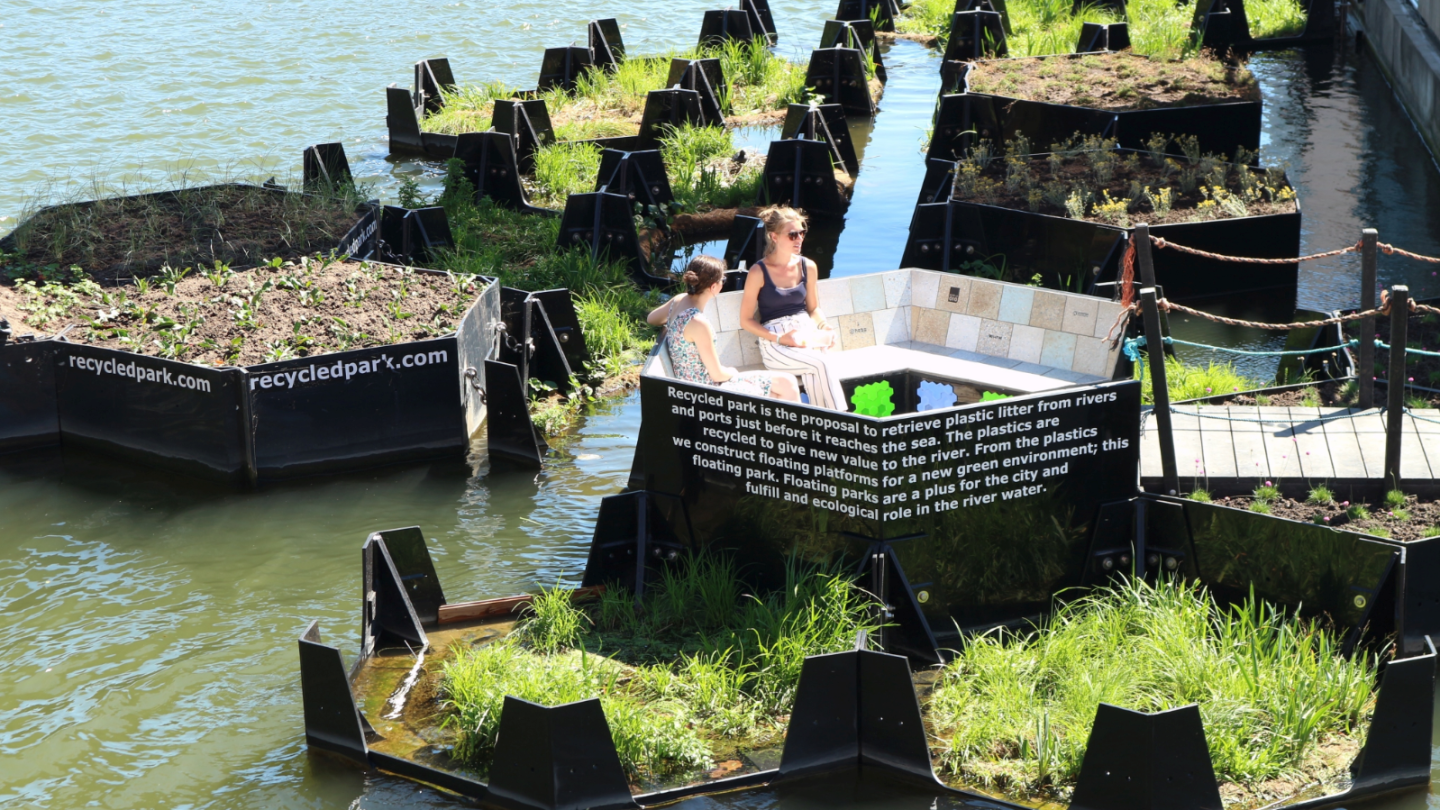 We’ve already established that mankind has a big, big problem cleaning up after itself, but there’s at least a small percentage of humans who are willing to go out of their way to make the rest of us look halfway decent. One such group is the Recycled Island Foundation, and they’ve just helped to turn a bunch of river trash in The Netherlands into a quaint local park… that floats.

The park — nicknamed simply “Recycled Park” — is a modular oasis of greenery that floats on top of the New Meuse river in Rotterdam. The park is built using large raft-like plastic components that are made of plastic gathered from the river itself.

The project is part functional art, part green activism, and it’s already looking like a pretty neat place to spend an afternoon in the sun. The scale of the park is small to start, but it can grow over time thanks to its modular construction, and wildlife like ducks have already taken a liking to it.

According to the team behind the project, the platforms will not only serve as habitat above the water, but also below:

The plastic is given a new value as floating capacity for green environments. Floating parks are a plus for the city of Rotterdam, but will also fulfill an ecological role in the river water. The building blocks are designed in such a way, that not only can grow nature on top, but in the water new life will have its sole for existence as well. The bottom of the platform will have a rough finishing where plants can have enough surface to grow and fish a place to leave their eggs.

The park serves as a symbol of what can be accomplished when we try to do something good for nature instead of just dumping our trash everywhere, and that is compounded by its location on the river itself. The floating platforms are located near to where the river enters the North Sea, at which point discarded plastics can do even more damage to the ecosystem.