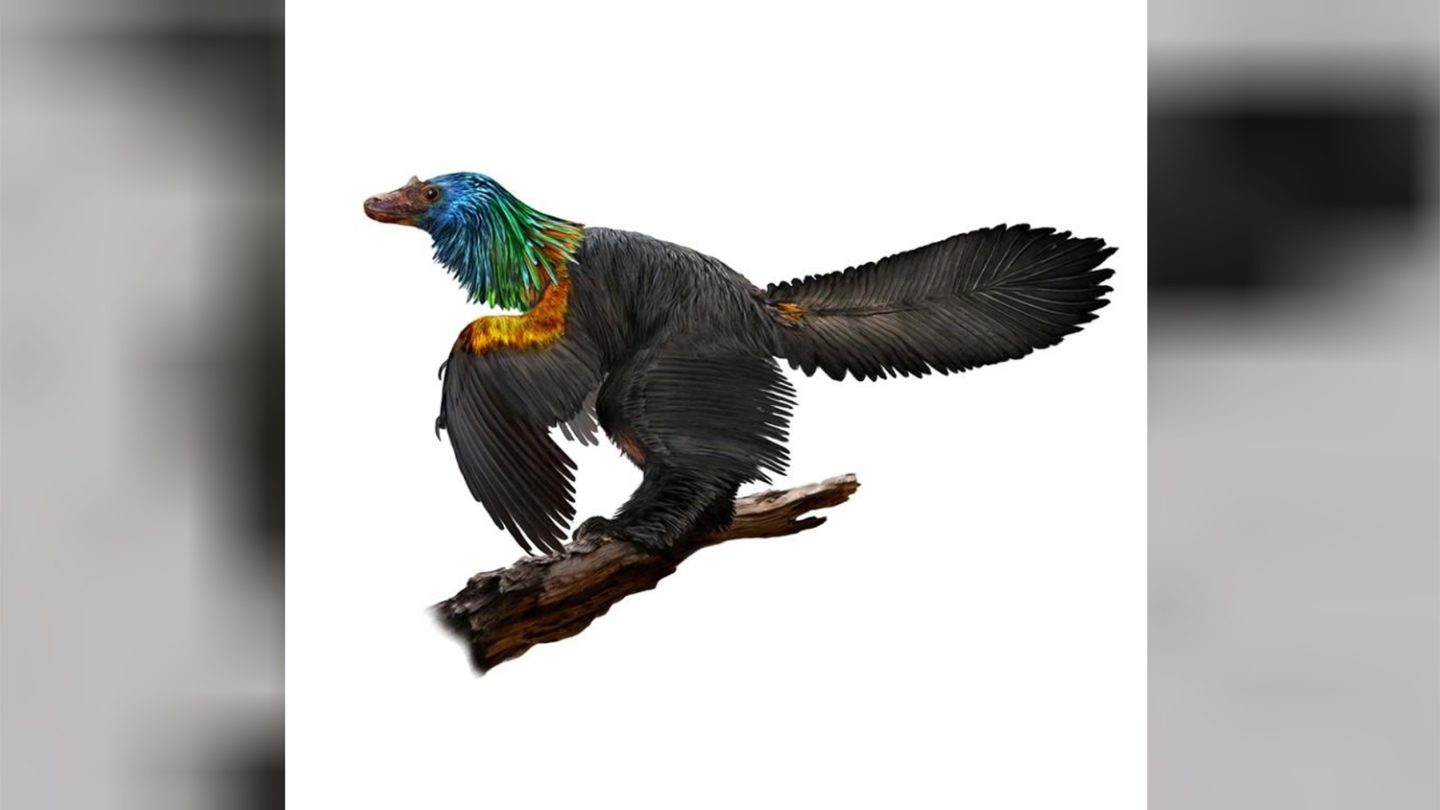 As the discoveries of massive ice deposits on Mars and hidden subterranean tunnels on the moon continue to fuel mankind’s obsession with the cosmos, there is still so much left to be discovered here on Earth. A friendly reminder of that wonderful truth comes on Monday morning, as a group of paleontologists in China reveal exciting new findings. They have unearthed the nearly complete fossil of a previously undiscovered dinosaur that has been named Caihong juji.

The beast had a number of unique characteristics, but only one that was so special that it helped scientists choose the new dinosaur’s name. Dark feathers covering the ancient creature’s body gave way to ribbon-like iridescent feathers all around its head and neck. This is why scientists have chosen the name Caihong juji for the beast, which translates in English to “rainbow with a big crest.”

It’s unclear exactly what purpose was served by the rainbow feathers on Caihong juji’s head and neck, but paleontologists speculate that it may have helped the winged dinosaur attract a mate. The rest of the beast’s plumage is thought to have been largely for insulation, since it is doubtful that the Caihong juji could fly despite its wings and feathers. The idea of an airborne Caihong juji cannot be completely dismissed, though the first known birds would not appear until 11 million years after this particular beast perished.

“It is extremely similar to some early birds such as Archaeopteryx,” Xing Xu, a paleontologist from the Chinese Academy of Sciences, told Reuters. The Archaeopteryx is the first known example of a bird, and it lived 150 million years ago. “Its forelimbs were configured like wings. To be honest, I am not sure what function the feathers have, and I don’t think that you can completely exclude the possibility that the feathers helped the animal to get in the air.”

The nearly complete Caihong juji fossil unearthed by paleontologist in China is believed to be 161 million years old, and its asymmetrical feathers are similar to the feathers used by bird to steer while flying. While the Caihong juji now becomes the earliest-known creature to have pennaceous feathers, it’s still not a clear sign that the dinosaur could fly. Early examples of birds like the Archaeopteryx are believed to have evolved from much smaller feathered dinosaurs.

The Caihong juji was a two-legged predator with sharp teeth and a skull shape that resembles a Velociraptor. Its iridescent feathers mark the distinguishing characteristic that scientists are most interested in, however. Analysis of the fossilized feathers around the head and neck revealed the remains of organelles called melanosomes, the shape of which determine color. The Caihong juji had melanosomes shaped like flattened circles, which are quite similar to the ones found in a hummingbird’s iridescent feathers.