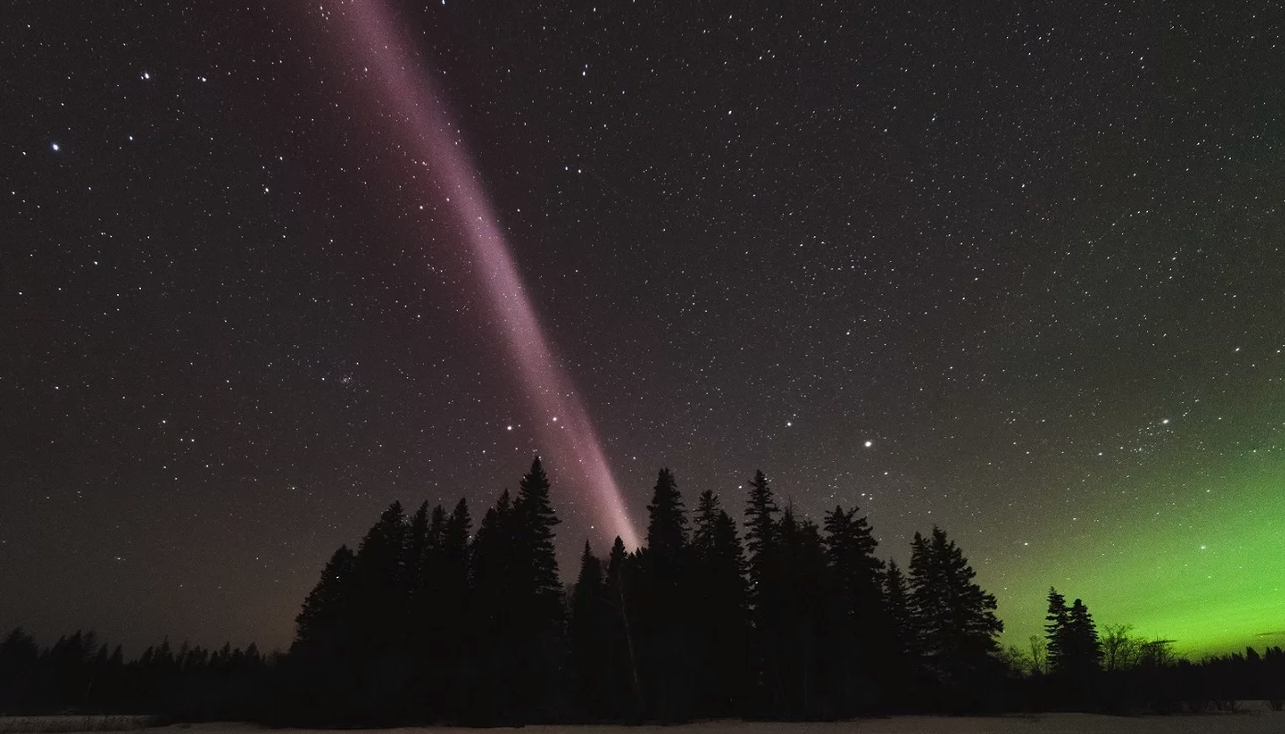 Auroras — also called “Northern Lights” — are quite stunning. Massive, twisting bands of energy flying high above are always a good reason to look up, but they’re also relatively common the closer you get to the pole. So, when a giant purple snake of light made its appearance over Canada in the summer of 2016 it was interesting, but not mind-blowing.

Nobody really knew what it was, since auroras are typically greenish, light blue, or even white, but everyone just kind of assumed it was a special flavor of the Northern Lights and moved on with their lives. Now, scientists who have been studying the phenomenon say that the purple streak wasn’t an aurora at all. It was something entirely new.

The sighting in 2016 wasn’t the first time that the phenomenon had been spotted. It’s been witnessed by skywatchers for years, and has even earned a nickname from scientists. They call it “STEVE,” which is short for “Strong Thermal Emission Velocity Enhancement,” and for a long time it was just thought to be a natural quirk of the auroras that are so typical in areas like northern Canada.

In a new paper published in Geophysical Research Letters, scientists explain that the bright purple ribbon of light isn’t actually part of an aurora at all. STEVE isn’t the result of charged particles from the Sun gathering at Earth’s poles, so it’s being created by some other means… but then what is it?

“Our main conclusion is that STEVE is not an aurora,” Bea Gallardo-Lacourt of the University of Calgary, and lead author of the study, explains. “So right now, we know very little about it. And that’s the cool thing, because this has been known by photographers for decades. But for the scientists, it’s completely unknown.”