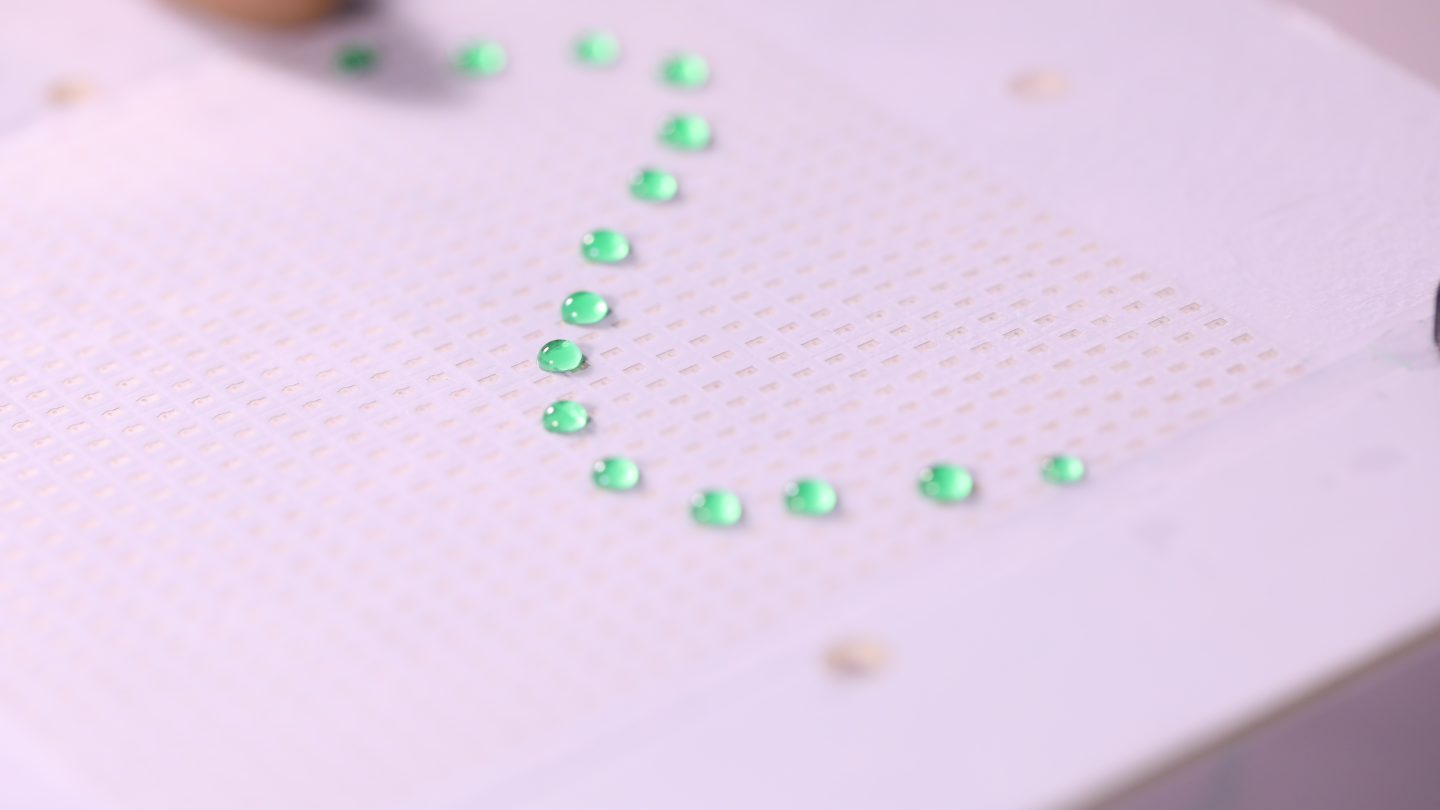 Water and computing don’t normally mix — unless you’ve got a water cooling system in your wicked sweet gaming PC, but I digress — but researchers from MIT are toying with an entirely new way to use tiny water droplets as an interface for everything from interactive data to gaming. The “Programmable Droplets” the researchers have created move along grid-like surfaces thanks to a technique the team calls “electrowetting.”

To demonstrate the flexible nature of the system, the team developed a number of proof-of-concept examples. They show how the system can be used to mix watercolor paints into different hues, and even play a simple “keep away” style game using droplets as game characters.

There’s something almost surreal about the way the droplets move, and it’s pretty interesting to watch how the system can so accurately manipulate each droplet independently. The interactive game idea, where you have to tackle other droplets with your own, and the computer does its best to keep them away from you, is particularly cool.

“This technique enables a set of primitive operations, such as precisely translating, morphing, merging, and splitting multiple droplets simultaneously,” the researchers write. “While these techniques have been previously applied to biological automation by other researchers and our own group, we have now started applying these techniques to create water based computer interfaces.”

Of course, actually coming up with an application for such a new technology takes time, but the group teases one potential idea for the future. At the end of the demonstration video, someone sends a drawing from their smartphone to the mirror in their home, which draws the same pattern using the condensation on a bathroom mirror. Obviously this is little more than a concept, but it would be incredible impressive to see such a thing actually be built.

The team posts their work on the Tangible Media Group page of the MIT Media Lab, so if you’re interested in seeing what these funky droplets do next, keep an eye out for updates.