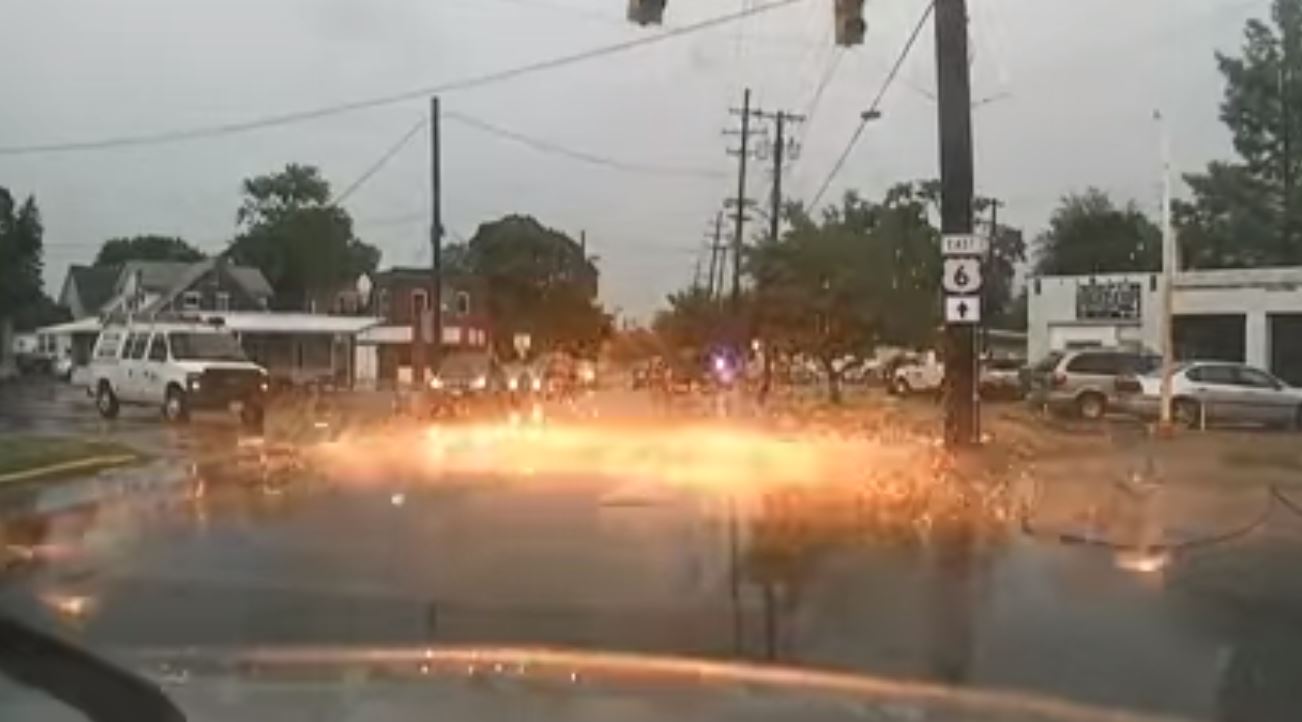 None of us spare much thought for the power lines looming over our heads as we cruise down the streets of Anytown, USA, but drivers in Sandusky, Ohio, were reminded this week of how much power if flowing through those unassuming black cables. A storm severely damaged some power lines and brought traffic to a screeching halt by showering a busy intersection in sparks and flames.

Video of the incident, which was captured by a police cruiser, shows an initial burst of electricity lighting up the sky and startling drivers. A short while later, things got even more intense as the damaged lines sent sparks cascading onto the wet pavement below.

Fair warning: Both videos have loud audio that comes out of nowhere, so adjust your volume level accordingly.

Yeah, that would be enough to get anyone to slam on the brakes, but the second fiery blast is the real icing on the cake:

The local police department posted these videos to Facebook while urging drivers to exercise caution. “When we request the public to cooperate when we are trying to cordon off an area, we are watching out for your safety,” the post reads. “Please be careful with downed power lines!!!”

This is a pretty scary sight, and certainly not something that you’d want to see while on your evening commute. There were no reports of any injuries or damage to property as a result of the downed lines, and in both videos, it appears as though vehicles manage to make it out of harm’s way just in the nick of time.

If I had to pick a favorite moment — and, again, nobody was injured — it would have to be the white van on the left side of the second video slowly creeping away after the ground in front of it is turned into a hellish inferno. That driver has impeccable comedic timing.