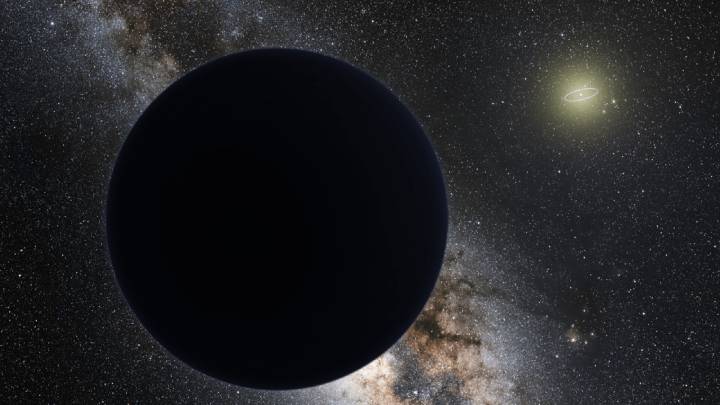 “Planet Nine,” the mythical hidden planet that may or may not be lurking in the very distant reaches of our Solar System, continues to avoid detection by astronomers. It’s like the Loch Ness Monster of planets — it might exist, or it might not, but scientists think they have evidence that something is out there.

But if we’ve found eight (and a half) of the planets in our system already, what is making it so difficult to close the book on the ninth? Well, it’s complicated, but it has a lot to do with light, space, and human technology.

Let’s rewind for a second: Planet Nine doesn’t officially exist… yet. When observing distant trans-Neptunian objects in the outer edges of the Solar System, astronomers can see a strange pattern emerging.

It appears that smaller bodies are being acted upon by the gravitational pull of something much larger, but nobody knows exactly what that might be. It could be a cluster of asteroids, or it could be a planet up to 20 times the mass of Earth. The former would be an interesting note, but the latter would be a monumental discovery.

As Washington Post reports, scientists are keeping their fingers crossed that upcoming telescopes will be able to peer far enough, and with enough sensitivity, to see exactly what is out there. However, they may also be in for a heaping helping of disappointment if the would-be planet is too dimly-lit to be spotted.

The brightness of a planet decreases exponentially the farther away from the Sun it is. If Planet Nine is out there, it might be over 1,000 times as far away from Earth as Earth is from the Sun. This distance is measured in astronomical units, or AU. The most optimistic scientists believe we could still the planet at around 1,000 AU, but any farther away and we just wouldn’t have a chance. Neptune, the most distant planet of our system, is only around 30 AU away, so you can see why a planet orbiting at 1,000 AU would pose a serious challenge for observers.

If Planet Nine is in the elliptical orbit that astronomers believe it is, and if our timing is bad, we might be forced to wait hundreds or even thousands of years for the planet to cross back into the 1,000 AU threshold distance at which it would be observable. That’s a long time to wait.