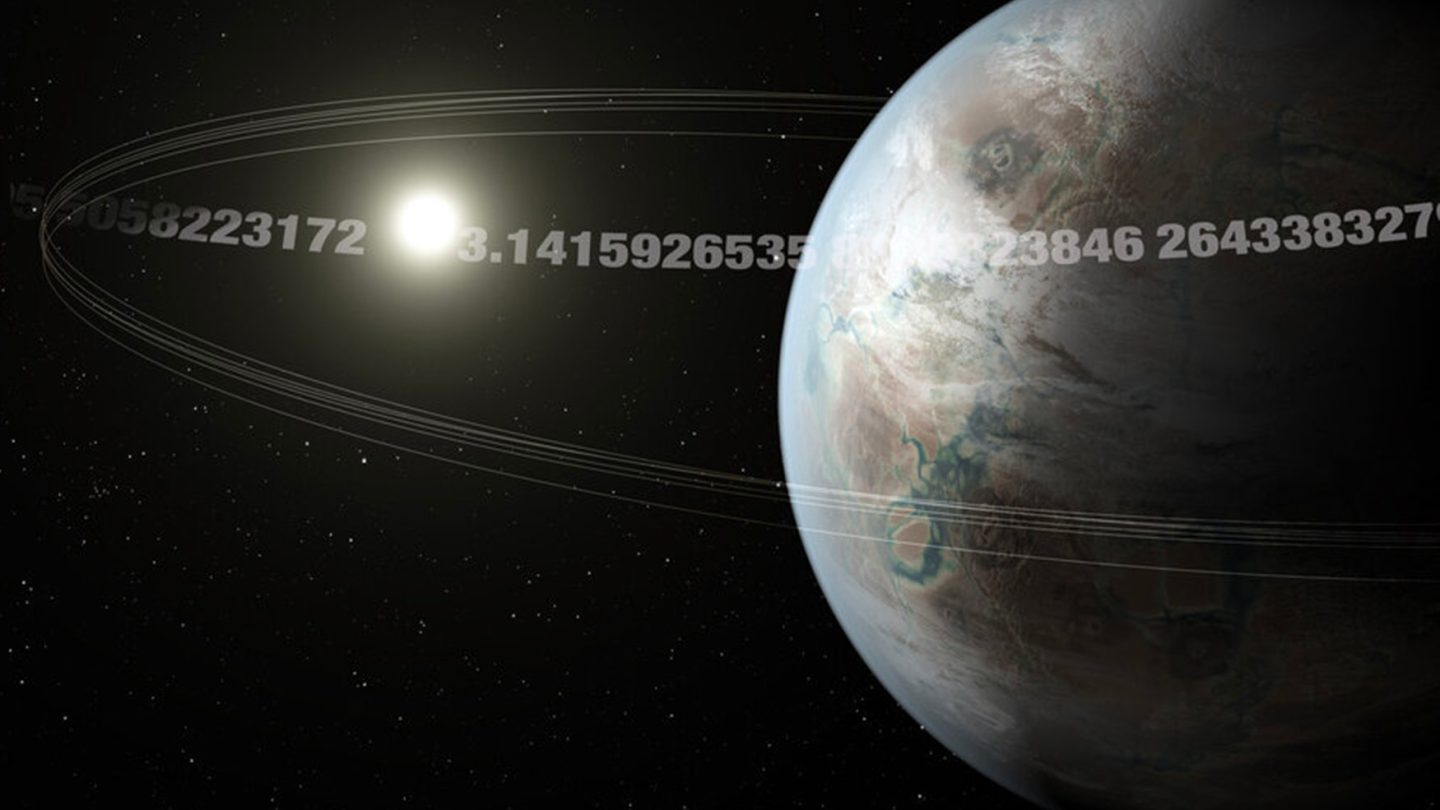 You don’t have to be a total math nerd to appreciate pi. Pi is a constant that is used in mathematics and many calculations, and it’s the ratio of a circle’s circumference to its diameter. It never changes, which is why it’s so useful in math, but it’s also made the leap to pop culture. “Pi Day,” which is March 14th (3/14) is a nod to pi’s first three digits, 3.14.

Pi goes on much longer than that (forever, actually), but its first three digits are what is used most commonly in simple math and in cultural references. Now, astronomy is getting in on the action, as researchers include scientists from MIT have spotted a planet much like Earth in size that is orbiting its star every (you guessed it) 3.14 days. It’s officially the pi planet.

Normally the discovery of an exoplanet wouldn’t be newsworthy on its own. Scientists using powerful sky-scanning hardware have spotted more exoplanets than they know what to do with already, but this one is definitely a little bit special. The discovery of the planet is the subject of a new paper published in the Astronomical Journal.

The scientists used data from the Kepler Space Telescope to make the discovery and quickly realized that its orbital period looked familiar on paper. The planet itself is roughly the size of Earth and is thought to be rocky. The star it is orbiting is a dwarf star, which is calm and much cooler than stars like our own Sun.

However, the fact that the star is small and cool doesn’t mean that conditions on the planet — formally named K2-315b — are pleasant. In fact, the pi planet is most definitely not a pleasant place to be. With an orbit of just 3.14 days, the planet is incredibly close to its star. It’s speeding around the burning ball at a rate of roughly 181,000 miles per hour, and its close proximity to the star means that temperatures on its surface are probably around 350 degrees Fahrenheit. In one last bit of fun, the scientists point out that the surface temperature of the planet might be perfect for baking pie.

Finding massive gas giants in space is easy peasy, but smaller planets are more difficult to spot. The researchers say that finding more Earth-like (and even Mars-like) worlds should be possible in the near future.

“There will be more interesting planets in the future, just in time for [the James Webb Space Telescope], a telescope designed to probe the atmosphere of these alien worlds,” Prajwal Niraula, lead author of the study, said in a statement. “With better algorithms, hopefully one day, we can look for smaller planets, even as small as Mars.”