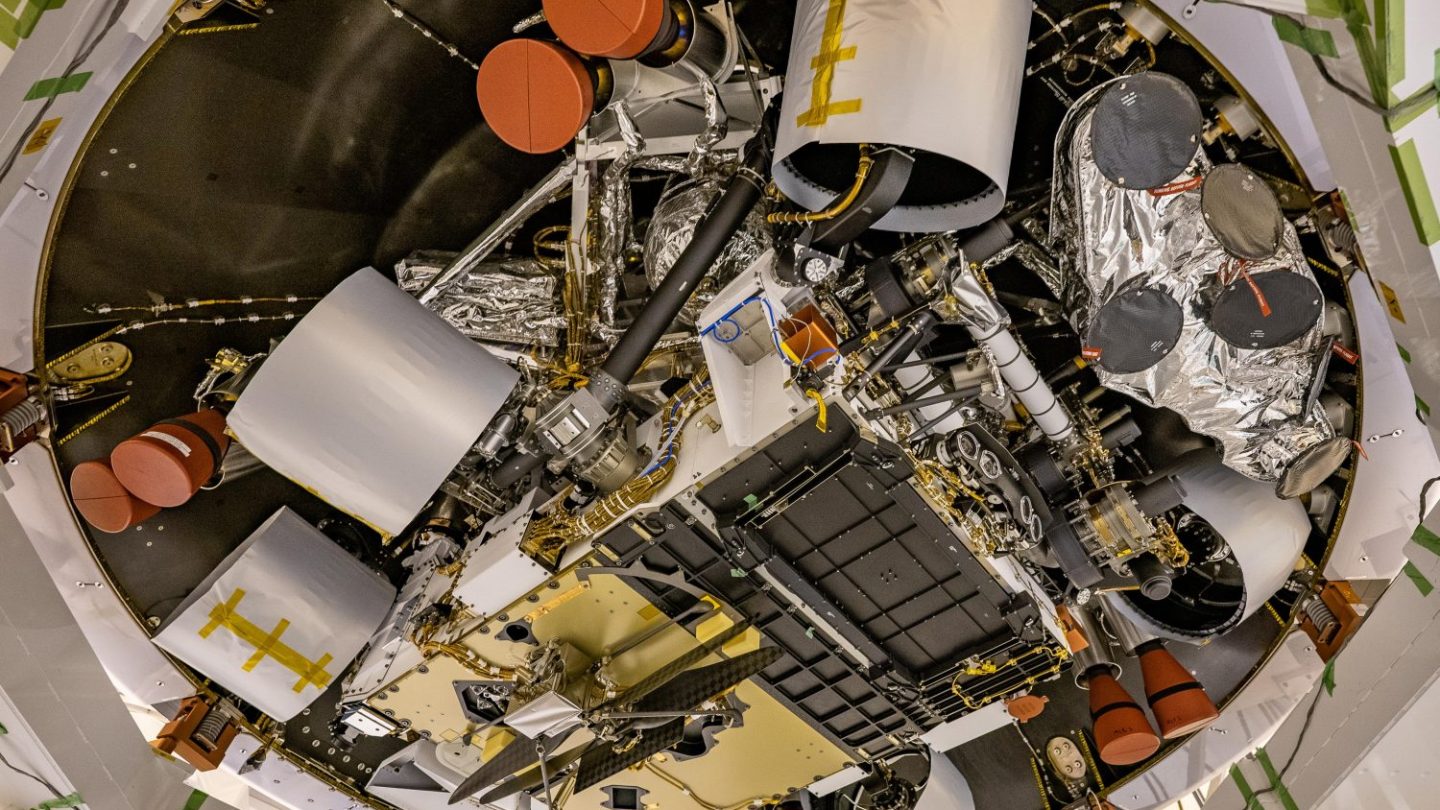 Well, that’s (almost) a wrap for NASA’s Perseverance rover preparation procedures! The rover was recently put into its “launch configuration,” which is just a fancy way of saying that engineers gently crammed it into its enclosure that will serve as its temporary home as it makes the long journey from Earth to Mars.

Unsurprisingly, preparing a high-tech machine like Perseverance for a trip to another planet is a complicated affair. In a new blog post, NASA’s Jet Propulsion Laboratory explains what will happen once the tightly-packed rover actually makes it to the Red Planet.

As you can see by the image above, shared by JPL, the rover has to be wedged into a rather claustrophobic compartment for its trip. Its various components are shielded from danger during ascent from Earth, but it also has to be able to spring into action once it lands on Mars. The process actually kind of sounds a bit like a scene from an action movie.

“When it’s time for the rover to touch down on Mars, three [flight-separation bolts] will be released by small pyrotechnic charges, and the spacecraft will execute the sky crane maneuver: Nylon cords spool out through what are called bridle exit guides to lower the rover 25 feet below the descent stage,” JPL explains. “Once Perseverance senses it’s on the surface, pyrotechnically-fired blades will sever the cords, and the descent stage flies off. The sky crane maneuver ensures Perseverance will land on the Martian surface free of any other spacecraft components, eliminating the need for a complex deployment procedure.”

Basically, tiny little explosions will ensure that Perseverance can free itself from its protective constraints and arrive on the dusty surface of Mars in one piece. It’s pretty wild to think that the success of the mission depends on “small pyrotechnic charges,” but we trust that NASA knows what it’s doing.

“Attaching the rover to the descent stage is a major milestone for the team because these are the first spacecraft components to come together for launch, and they will be the last to separate when we reach Mars,” JPL’s David Gruel said in a statement. “These two assemblies will remain firmly nestled together until they are about 65 feet over the surface of Mars.”

Now, with the rover installed on the portion of the spacecraft that will actually bring it to Mars, the science and engineering teams know that they’re in the final stretch. The launch window opens on July 17th.