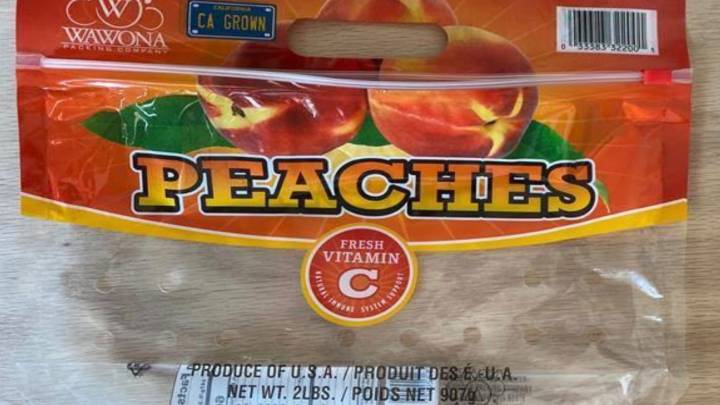 Hey, so, remember that huge onion recall that is still ongoing? Yeah, it’s pretty bad, and you should definitely not eat onions from any of the questionable sources indicated in the recall. I wish I had some good news for you. Instead, I bring word of a new recall over potentially salmonella-tainted produce, and this time the culprit is peaches.

Well, the peaches aren’t the culprit exactly, that would be Wawona Packing Co., which distributes the fruit at Aldi stores across the country. The recall affects nine states, and so far nearly 70 confirmed cases have been reported.

The potentially tainted fruits were apparently sold starting on June 1st. The fruit is now being pulled from store shelves and anyone who bought any of the peaches from June 1st until today is advised to throw the peaches out immediately and do not eat them, even if you or someone else has eaten some from the same bag and not gotten ill. The CDC is also advising restaurants and other retailers that may have purchased the peaches to throw them out and take steps to sanitize anything they may have come into contact with.

Unfortunately, the tainted fruit wasn’t caught during an inspection as was the case with the onions, and thus far 68 people have come down with a salmonella infection. Of those individuals, 14 have had serious enough symptoms to warrant hospitalization. Thankfully, no deaths have been reported at this time.

As the CDC notes, it’s possible or even likely that there are more infections from the peaches that have not yet surfaced, as it can take weeks before someone reports their illness and doctors have a chance to trace it back to the source.

Salmonella infections typically clear up on their own but depending on the individual, some very serious symptoms can crop up. Nausea, cramping, fever, and even bloody diarrhea are possible, and children, the elderly, and those with compromised immune systems or prior illnesses are at a greater risk of serious complications.

Obviously, if you have any of these peaches, toss them immediately. Once that’s done, sanitize anything that the fruit may have touched, including bowls, countertops, or reusable bags.