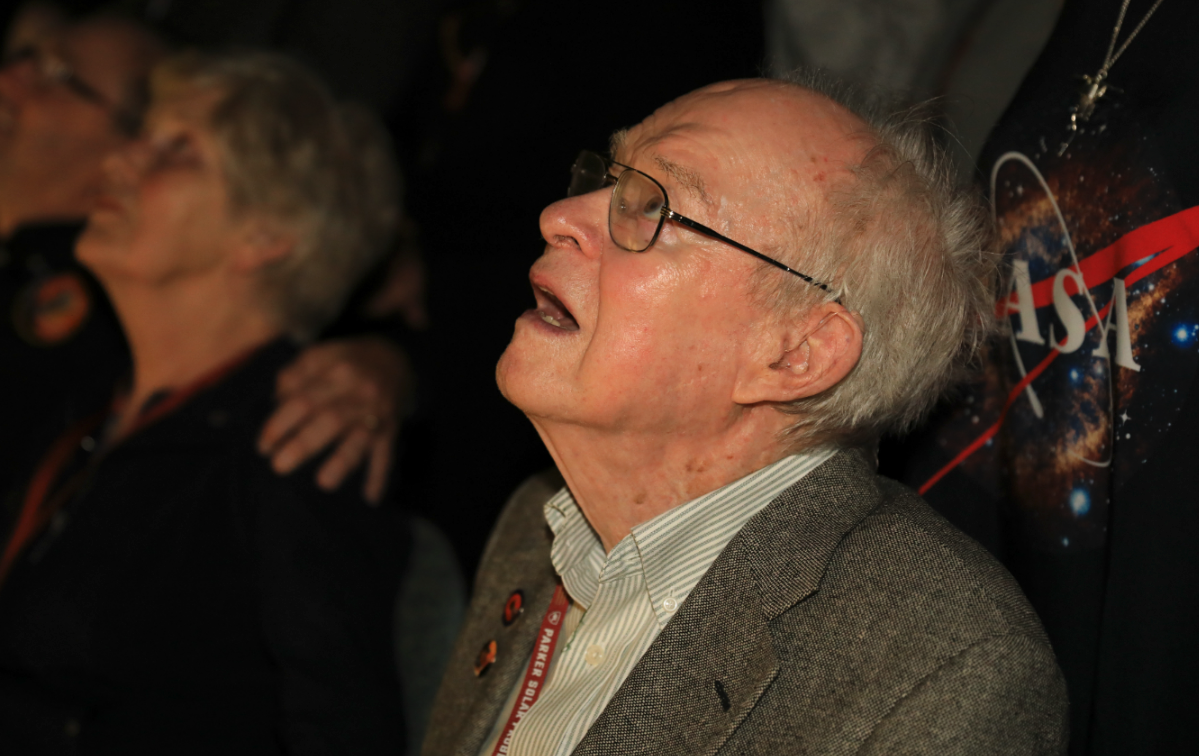 When NASA launched the Parker Solar Probe on Sunday it was the beginning of a mission that will break new ground in Sun research. The probe will get closer to the Sun than any spacecraft ever has, and it will increase our understanding of how our star works, but the mission is also special for an entirely different reason: The Parker Solar Probe is the very first NASA mission to carry the name of a still-living scientist.

Dr. Eugene Parker, now 91, has spent his life in the pursuit of knowledge and while he might not be a household name, mankind does indeed owe him a debt. Several decades ago, Parker’s work broke new ground in solar research, and his theories were so wild (scientifically speaking) that many of his peers thought he was just plain wrong. Spoiler: He wasn’t.

Parker helped cement our understanding of the flow of charged particles outward from the Sun, coining the term “solar wind,” and created models to explain the shape of the Sun’s magnetic field. One of his papers on the solar magnetic field was rejected by multiple reviewers before eventually being published in the 1950s, but as technology improved it quickly became apparent that he was right all along.

It’s incredibly fitting that the historic mission to “Touch the Sun” has been named in his honor, and Parker even got to see the rocket carrying his probe launch in person.

The probe carries a plaque with Parker’s name, along with one of his most appropriate quotes: “Let’s see what lies ahead.”

“Exploring the Sun’s corona with a spacecraft has been one of the hardest challenges for space exploration,” Nicola Fox of the Johns Hopkins Applied Physics Laboratory said in a statement. “We’re finally going to be able to answer questions about the corona and solar wind raised by Gene Parker in 1958 – using a spacecraft that bears his name – and I can’t wait to find out what discoveries we make. The science will be remarkable.”