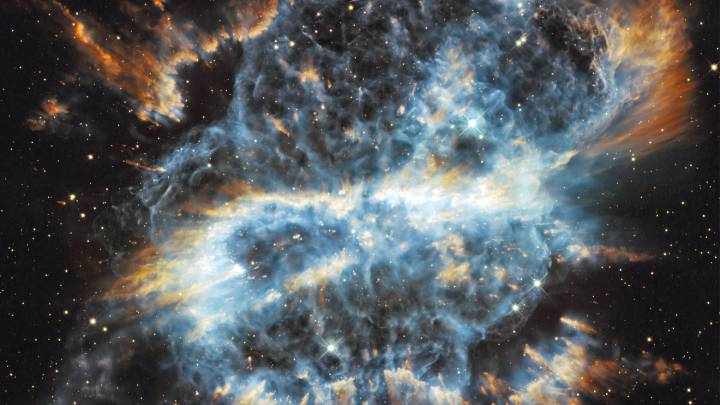 The idea that we might be living in just one of an infinite number of universes has been fodder for scientific debate and sci-fi movie plots for a long time, but coming up with evidence to support the theory has been hard to come by. Now, researchers have discovered something in space that they can’t quite account for, and one of the possible explanations is that — are you sitting down? — our universe actually bumped into a neighboring, parallel one.

When gazing into the heavens, scientists spotted what they refer to as a “cold” area of space. It was observed some time ago, and explaining it proved difficult, but a 2015 study suggested it was merely an area of the universe in which the number of galaxies is dramatically lower than the rest. Unfortunately, subsequent investigations couldn’t support that finding, and a new study by Durham University suggests the slim possibility that it’s actually evidence of parallel universes is still on the table.

The multiverse theory hinges on the idea that all possible outcomes of any given scenario are all playing out at the same time in a layered reality of which we are only experiencing one layer. It’s a wild idea that has a foundation in quantum mechanics, but it’s also entirely unproven.

As the study states, the researchers believe the mysterious cold spot, while still totally unexplained, could actually be “the remnant of a collision between our universe and another ‘bubble’ universe during an early inflationary phase.” In short, if the idea is correct, our early universe collided with another young universe early on, causing something of a “bruise” which we are able to observe today.