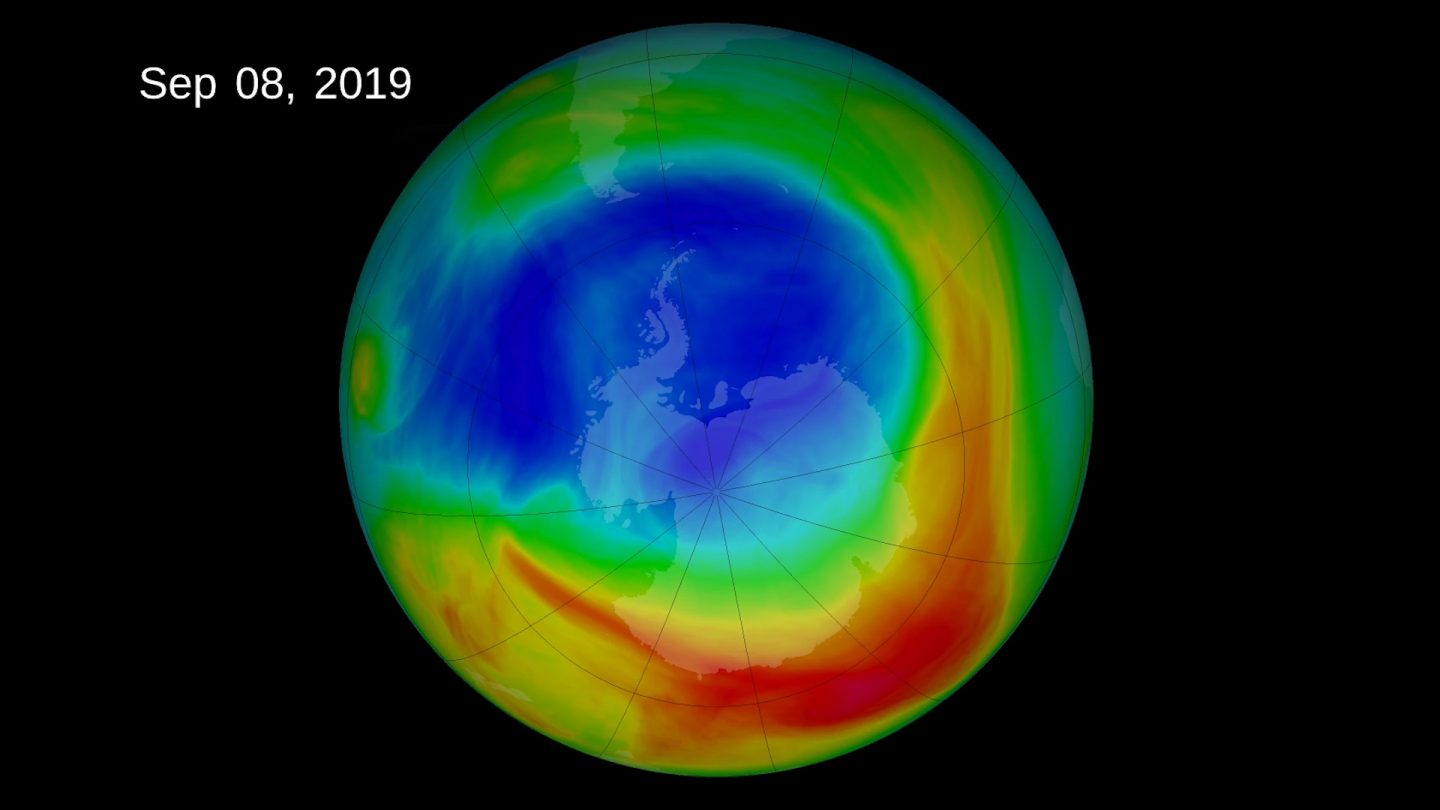 The hole in the ozone layer is one of the most glaring examples of how human activity has changed Earth in a negative way. Decades ago, scientists realized that the ozone in the stratosphere over the Antarctic was severely depleted and that manmade chemicals were to cause.

Worldwide regulations tapering the use of ozone-eating chemicals were put into place in the 1970s leading to an outright ban on the production the chemicals in 1989. Ozone levels eventually stabilized and began to move in the right direction in the early 2000s. Now, a new report from NASA reveals that the hole is smaller than ever.

The ozone hole appearing smaller than it’s ever been since we first began monitoring it is a fantastic development. Mankind’s near-universal effort to eliminate the production of the chemicals that destroy ozone has worked, and it’s a huge accomplishment on many levels.

However, our curbing of harmful chemicals isn’t the only factor responsible for the hole’s smaller-than-normal size this year. As NASA explains, some rare weather has provided the ozone with a boost, with record-high temperatures in the stratosphere over the Antarctic preventing ozone-destroying chemicals from doing their nasty deed:

Unusual warming like this has been observed a few times in recent decades, but the temperatures this time around were unprecedented. Nobody really knows what causes these weather patterns to occur, and without a better understanding of how it all works, it’s unclear if there’s any link to human activity or climate change.

“It’s great news for ozone in the Southern Hemisphere,” Paul Newman of NASA’s Goddard Space Flight Center explains. “But it’s important to recognize that what we’re seeing this year is due to warmer stratospheric temperatures. It’s not a sign that atmospheric ozone is suddenly on a fast track to recovery.”

Put simply, we still have plenty of work to do before the ozone returns to its “normal” state, but we’re on the right track.