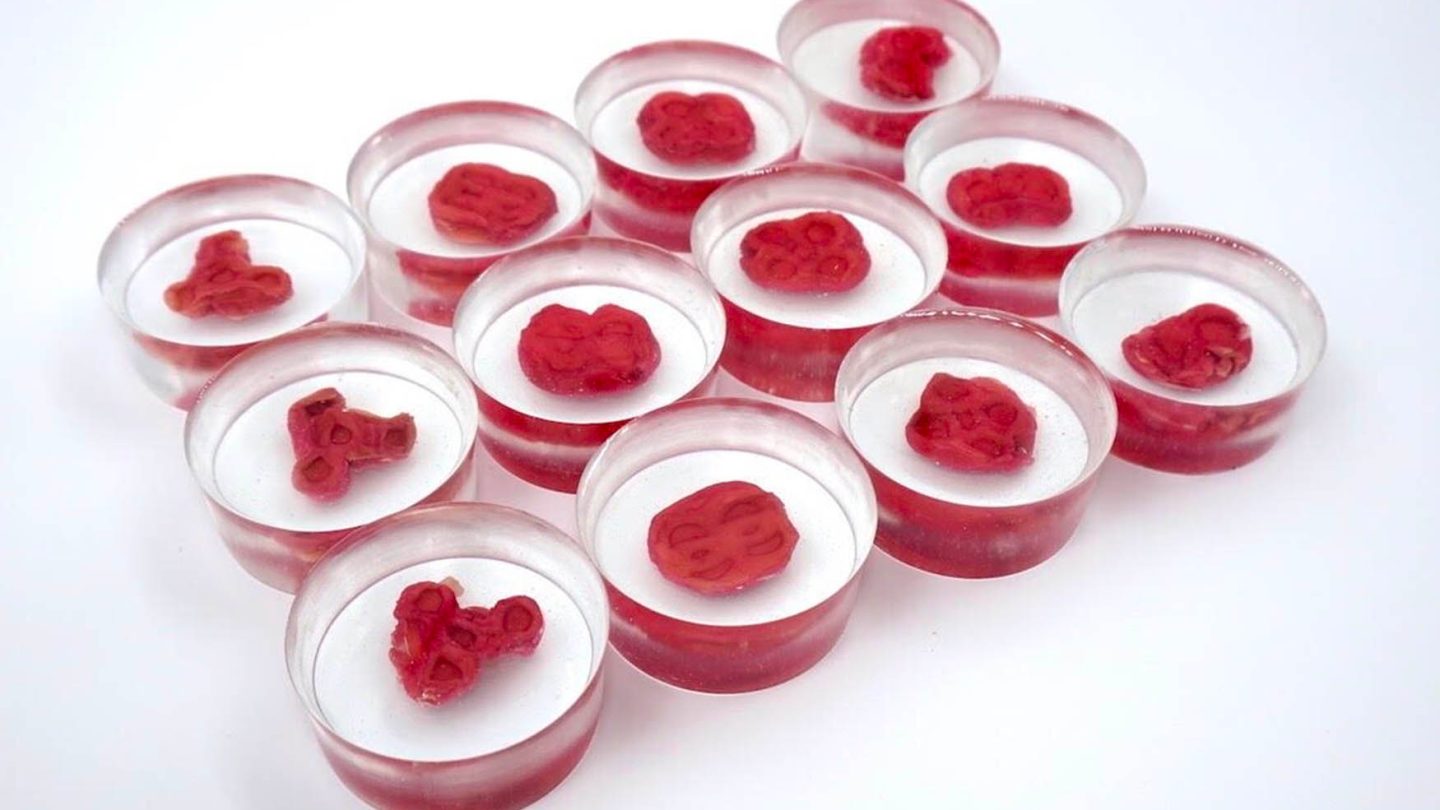 If you’re a meat-eater you’ve spent your life feasting on the bodies of other animals. Science has advanced to the point that, today, humans can actually grow meat in a lab using cells from still-living animals. It’s not being done on any large scale, but a team of researchers is questioning whether or not it should be, and they’ve set up shop at the Beazley Designs of the Year exhibition.

As Dezeen reports, the so-called Ouroboros Steak concept is homegrown meat using a combination of human skin cells (taken painlessly from your cheek) and blood serum. The result is meat that has the look, feel, and presumably taste of real human flesh, but is grown rather than taken from a living creature. So… would you eat yourself?

If the exhibit sounds a bit creepy, well, that’s sort of the point. The team wants to highlight not just the fact that lab-grown meat is a slowly-growing industry, but also point out that it doesn’t solve the problem of animal harm. Lab-grown meat is indeed a thing but, as noted, it requires blood serum. For the human meat in the exhibit, it was grown using expired donated blood, but companies hoping to cash in on supposedly guilt-free lab-grown meat use what is known as fetal bovine serum, which is harvested from unborn calves when the mother is killed.

The mother, of course, is then butchered and becomes part of the traditional meat industry while the unborn calf dies. Its blood serum is used to create lab-grown meat, which kind of defeats the entire point if you really think about it. Requiring that an animal dies for the meat to be produced negates and warm and cozy feelings you might have for choosing lab meat over “regular” meat.

“Fetal bovine serum costs significant amounts of money and the lives of animals,” scientist Andrew Pelling, part of the team behind the Ouroboros Steak, said. “Although some lab-grown meat companies are claiming to have solved this problem, to our knowledge no independent, peer-reviewed, scientific studies have validated these claims.”

So, the question posed by the team remains: How badly do you want to save the lives of animals? Are you willing to eat meat that is effectively your own in order to avoid the deaths of animals while satisfying your craving for “steak?” It’s worth noting that the lab-grown meat industry has not advanced to the point that the meat is available for purchase by consumers. However, the industry is growing rapidly and it may show up for sale before long. In the meantime, we’ll have to grapple with our own feelings about the lives of animals, or perhaps accept the fact that we can just eat ourselves if we’re hungry.