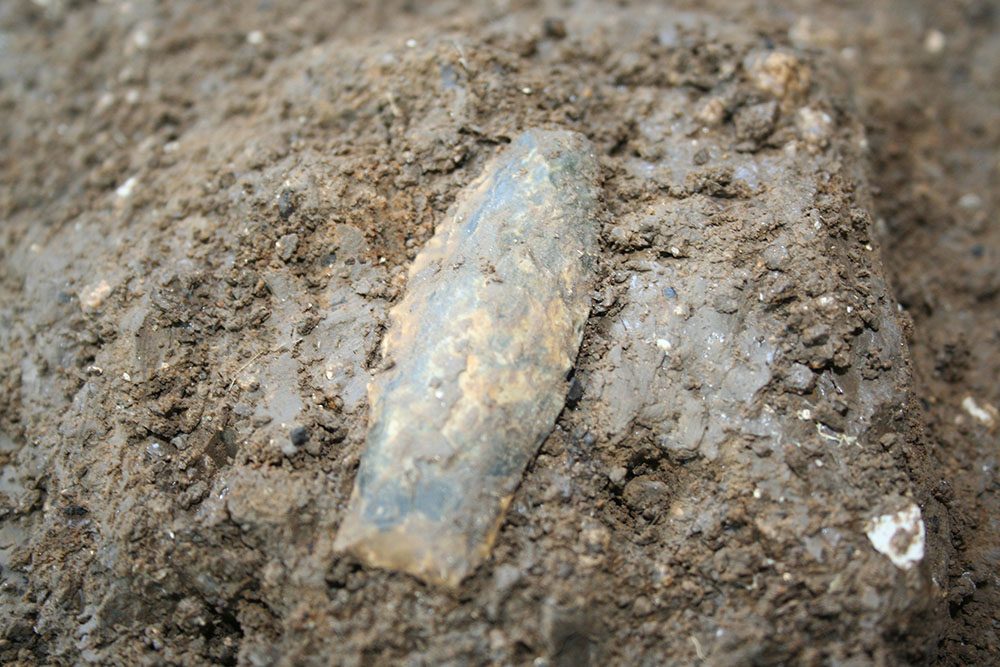 For many years the consensus among archaeologists was that humans began settling in North America around 13,000 years ago. This timeline was based on artifacts found that dated back between 12,700 and 13,000 years, including weapons. Now, a new discovery in Texas could throw that theory right out the door.

Researchers from Texas A&M, Baylor University, and the University of Texas have uncovered what they believe to be spear points that were used by human hunters as far back as 15,500 years ago. The discovery pre-dates the accepted timeline for the settlement of North America by a significant margin, and scientists may be forced to rethink when and where the first groups of humans pushed into what is now the United States.

“There is no doubt these weapons were used for hunting game in the area at that time,” Michael Waters of Texas A&M, lead author of the paper published in Science Advances, said in a statement. “The discovery is significant because almost all pre-Clovis sites have stone tools, but spear points have yet to be found. These points were found under a layer with Clovis and Folsom projectile points. Clovis is dated to 13,000 to 12,700 years ago and Folsom after that. The dream has always been to find diagnostic artifacts – such as projectile points – that can be recognized as older than Clovis and this is what we have at the Friedkin site.”

It’s thought that hunting was what drove groups of ancient peoples into new areas, and at the time the spear points may have been used in hunting efforts against large game like mammoths. However, it wasn’t as though settlers of the age had maps or even a vague understanding of how the continent was shaped. They would have had little knowledge of what lied over the horizon as they traveled north, and wouldn’t have relocated unless it was necessary.

With that in mind, it’s easy to see why determining when human settlers arrived is such a difficult task. Smaller groups may have come and gone over time, and progress would have been slow. Whether this new discovery represents a large-scale movement into North America far earlier than was previously known, or if it’s nothing more than a bizarre outlier, remains to be seen.