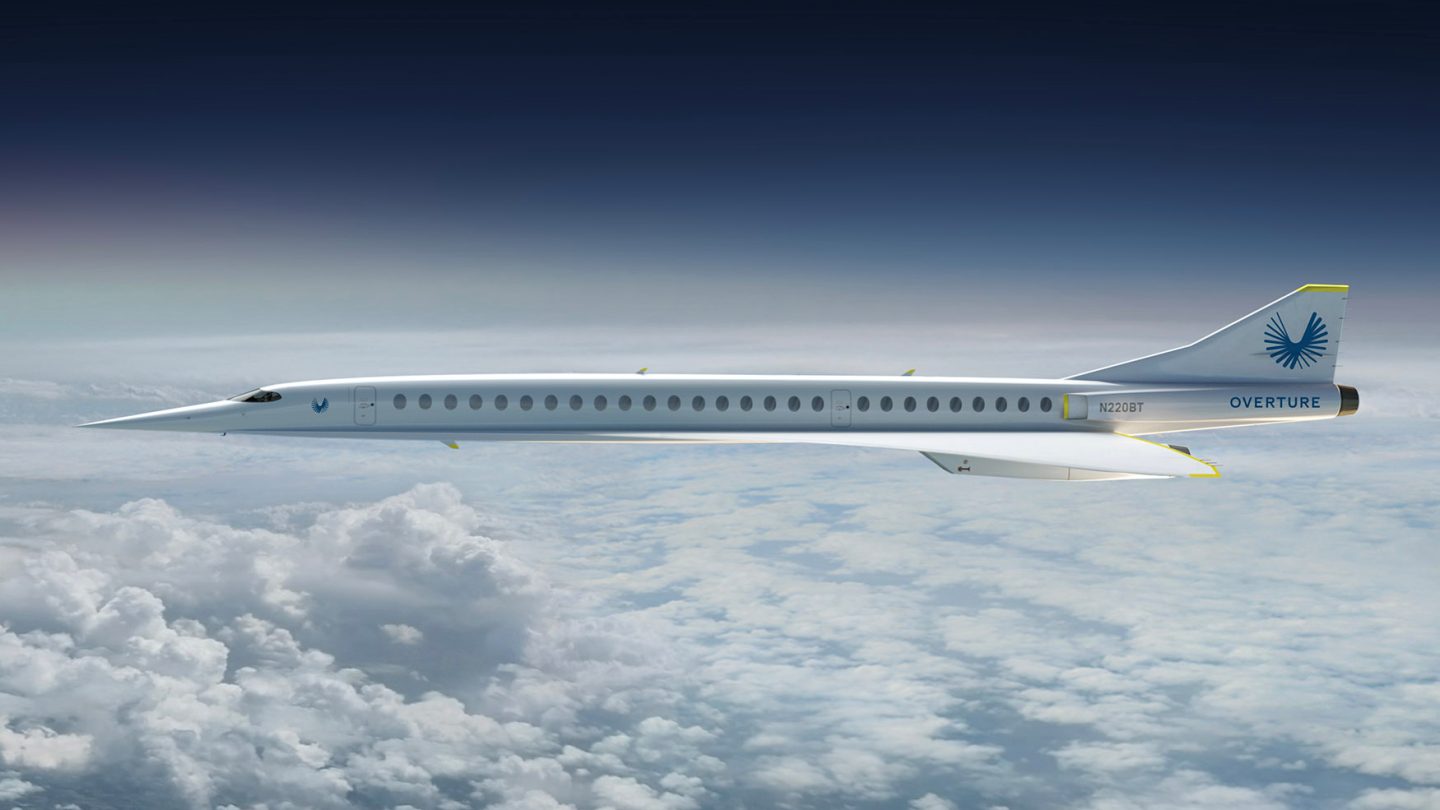 Air travel took a major hit when the coronavirus pandemic swept across the globe. Strapping dozens or even hundreds of passengers into an enclosed steel tube where the air is recycled is a recipe for disaster when an airborne virus ravaging the planet, and even with vaccines rolling out, airlines have struggled to fill planes and get people back into the sky. Air travel is one of the fastest and safest ways to cover large distances, but it might take something new to revitalize the industry and get consumers excited about flying again.

Boom Supersonic hopes that it can be that something, and it wants to leverage the convenience of supersonic flight to draw in customers that want to spend less time in the air and more time at their destinations. As CNN reports, the company has an incredibly ambitious plan for gaining customers and building hype. Its ultimate goal? To be able to send passengers anywhere in the world within four hours, and for just $100 per ticket. Whether or not it can realize that dream will depend on how willing travelers are to hop aboard its ultra-fast jets.

Supersonic flight is not new. The Concorde, a supersonic passenger aircraft that saw decades of sporadic use from a handful of airlines, promised rapid trip times and specialized in fast trips between the United States and Europe. It had its fair share of problems. The plane was fast, sure, but it gulped fuel like no other passenger aircraft on the planet, and that forced airlines to demand higher and higher ticket prices. Its fuel-burning prowess also made it one of the dirtiest passenger planes, and the sonic booms it created drew the ire of anyone within earshot.

Ultimately, the Concorde line died in the early 2000s, but the dream of supersonic passenger flight apparently didn’t die with it. In an interview with CNN, Boom Supersonic CEO Blake Scholl says he wants to pick up where the Concorde left off. It’s not a great legacy to follow, but Scholl says he wants to correct the things that led to the previous plane’s failure, including its penchant for polluting and its ridiculous price tag.

The company plans to design and build its very own “100% carbon-neutral” plane. If that sounds incredibly ambitious it’s because it is. The plane will need to be narrow, which means the plane will be longer to accommodate more passengers. Right now, a small-scale prototype of the aircraft is already in the works, and the company hopes to begin test flights of that aircraft by the end of 2021.

Assuming those tests go well, Boom Supersonic may begin building a factory in the US in 2022 and have the full-scale plane in production in 2023. It’s a relatively fast timeline, but I suppose that’s fitting when we’re talking about supersonic jets.