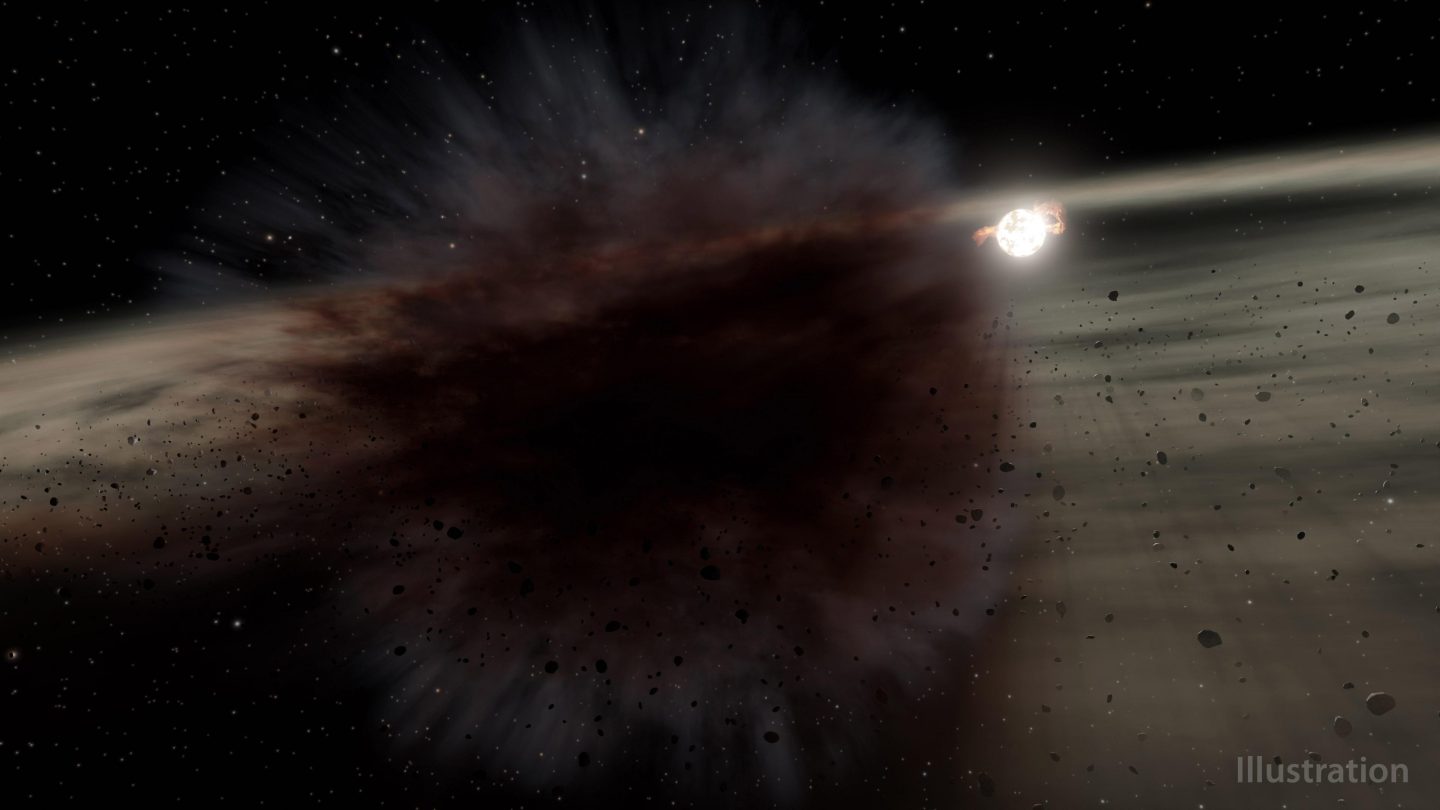 Astronomers spotted the aftermath of a massive space collision. NASA says the resulting dust cloud was big enough to block the light from its nearby star when it passed in front of it. A group of astronomers led by Kate Su from the University of Arizona published a study on the collision in The Astrophysical Journal.

Astronomers aren’t sure what caused this massive space collision

Su and her team began watching the system where they detected the collision in 2015. That system is home to a star named HD 166191. The star itself is only around 10 million years old. Compared to other stars, it’s still fairly young. As such, there is still a lot of leftover particles from the star’s formation.

This dust has clumped together to create multiple rocky pieces which astronomers call planetesimals. Think of planetesimals as rocky celestial objects that help form new planets. These objects crash into each other, exchanging materials, and sometimes grow larger than before, forming new planets entirely.

From 2015 to 2019, Su and her team observed the system surrounding HD 166191 with NASA’s Spitzer Space Telescope.  They hoped they would catch sight of two planetesimals colliding. The pieces are too small and distant to see by telescope. However, Su knew that they would create massive clouds of dust in the aftermath of any space collisions between them.

Over those four years, Su and her team used the Spitzer telescope to make more than 100 observations of collisions around HD 166191. In mid-2018, though, the telescope noted an increased brightness in the system surrounding HD 166191. This suggested an increase in debris production, possibly from a space collision.

Using the data from the telescope, as well as data from other telescopes on the ground, Su and her team were able to estimate the size and shape of the collision’s aftermath.

Why astronomers are studying clouds of space dust

Studying the clouds of dust leftover after space collisions might seem like silly work. But, it can actually tell us a lot about the collision that created the cloud.

For instance, Su and her team’s work suggests that the cloud of dust was very elongated. Additionally, it is estimated to have had an area of at least three times that of HD 166191. Plus, based on the brightening of the system Spitzer picked up, they believe only a small portion of the cloud passed in front of the star. The actual debris, though, covered an area “hundreds of times larger”, NASA says.

By studying the size and shape of the cloud, the astronomers say the objects involved in the space collision may have been the size of dwarf planets. Which would put them around the same size as Vesta, an asteroid in our system that measures around 330 miles wide.

The hope is that astronomers can take the data gleaned from observations of this space collision and others to learn more about how our own solar system formed.