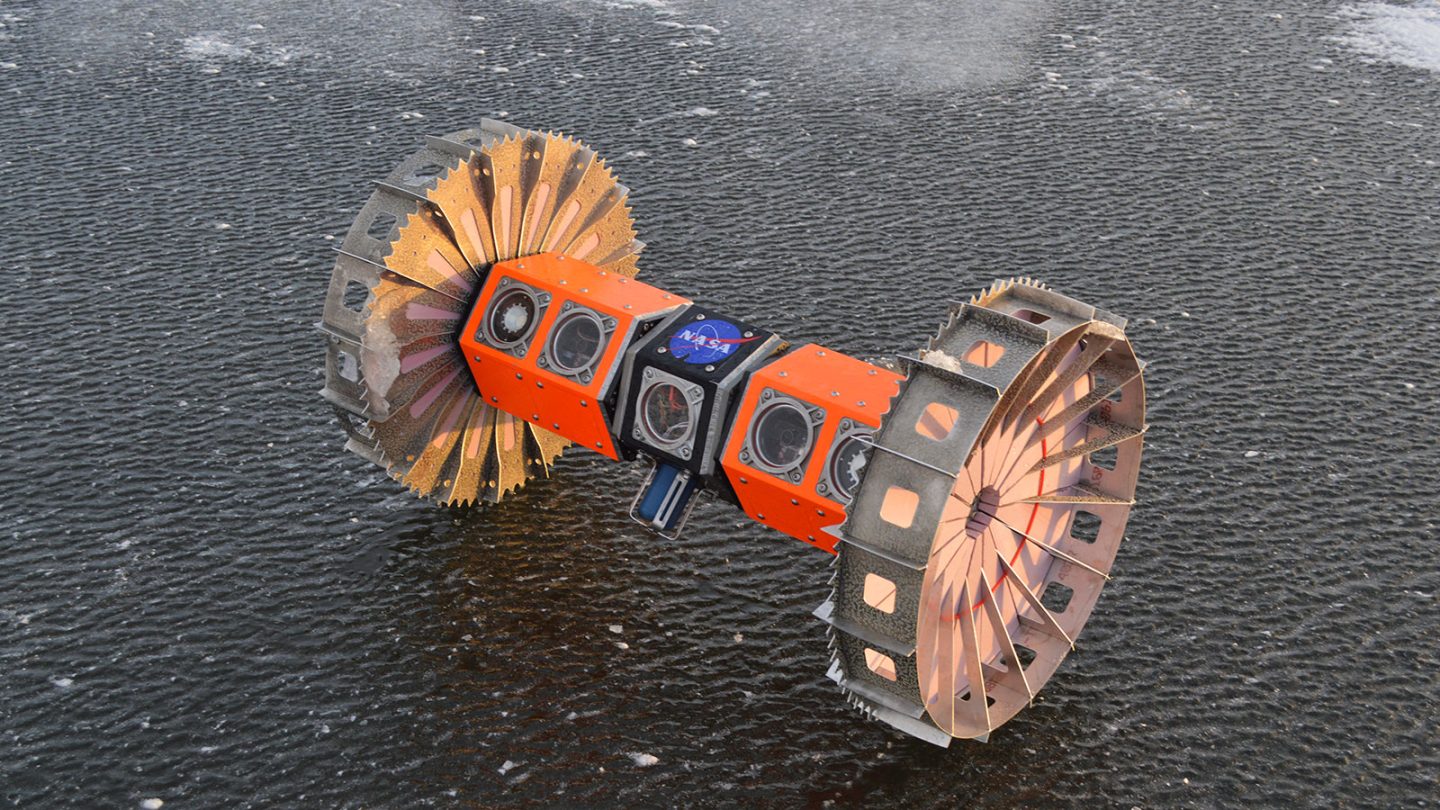 NASA is about to put a rover to the test in Antarctica, and it’s unlike any robot the agency has ever shot into space. A far cry from the bulky, boxy Mars rovers Opportunity and Curiosity, the BRUIE rover looks almost like a toy by comparison. Its cutesy form factor belies its incredible potential to discover something that scientists have spent decades hunting for: Alien life on other worlds.

BRUIE — short for Buyant Rover for Under-Ice Exploration — is built for a very specific purpose. Its design allows it to crawl along the underside of an ice cap, fully submerged in incredibly chilly water. Antarctica is the perfect place to test such a bot, but its creators hope it will one day explore the waters of icy moons like Enceladus and Europa.

As scientists from NASA and other scientific institutions continue to search for life outside of Earth, moons like Enceladus and Europa appear to offer the best chance of finding it close to home. These frosty worlds are encased in ice, but their frozen shells are thought to hide vast oceans of liquid water.

“The ice shells covering these distant oceans serve as a window into the oceans below, and the chemistry of the ice could help feed life within those oceans,” Kevin Hand of NASA’s Jet Propulsion Laboratory explains. “Here on Earth, the ice covering our polar oceans serves a similar role, and our team is particularly interested in what is happening where the water meets the ice.”

Antarctica offers the opportunity to test BRUIE’s potential without having to leave Earth. During its trial run, the bot will be tasked with traveling along the underside of the ice while collecting data and capturing images. High-tech scientific instruments will be capable of reading the oxygen level of the water as well as temperature and salinity, all of which would be important information if we’re to adequately study otherworldly oceans.

There are no current plans to send BRUIE into space, but as the project continues and the robot evolves, it could find itself at the heart of new missions to our system’s icy moons.