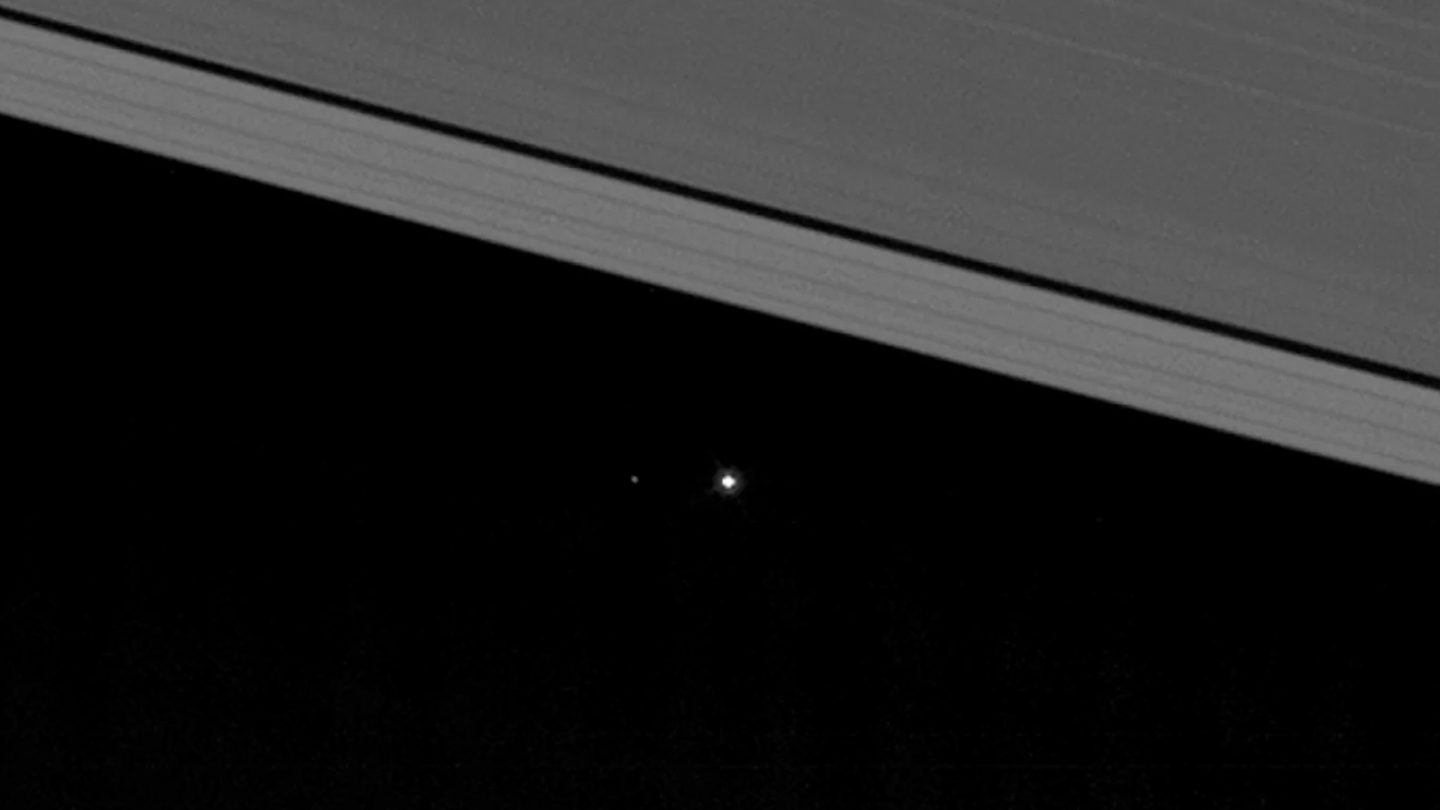 NASA and its spectacular space hardware often spend so much time checking out our planetary neighbors that we forget Earth offers some pretty cool photo ops as well. A brand new photo released by NASA is a great reminder of that, and it was shot all the way from Saturn, courtesy of the always reliable Cassini spacecraft just before it’s scheduled to begin the most harrowing part of its entire years-long mission.

The photo, which shows the Earth as a tiny bright dot in a black sea of space, was shot at a distance of 870 million miles. If you zoom in on the original photo you can even make out the Moon as a smaller dot to the left of our planet. The most spectacular part of the image is the fact that it was shot from between Saturn’s rings, with the bold A ring seen above the Earth and bright F ring creeping into the original photo at the bottom.

It’s a great shot, but it’s also somewhat bittersweet when you consider Cassini’s immediate future. The craft is scheduled to begin its “Grand Finale” dives shortly, in which it will fly recklessly through Saturn’s rings a total of 22 times until, on its final approach, it flies directly into the planet itself. That final act will destroy the spacecraft, which has already achieved far more than scientists could have ever hoped when it was launched way back in 1997. That last fateful dive is slated for September 15th, 2017.