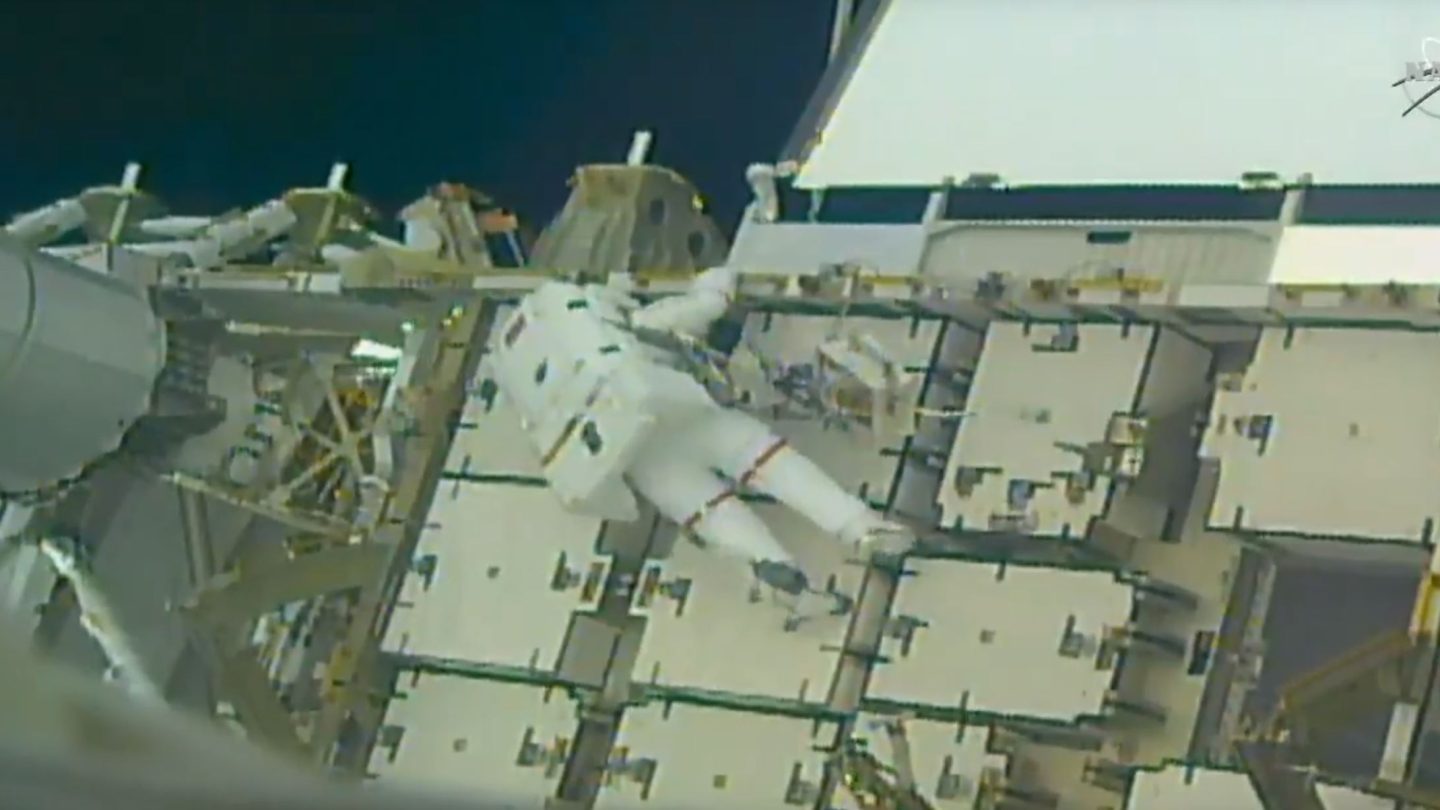 There’s been a lot of anticipation for the first all-female spacewalk which is rapidly approaching on March 29th, but before that historic adventure happens there’s another spacewalk that’s happening right now, and you can watch it live.

NASA astronauts Anne McClain and Nick Hague are currently outside the International Space Station and will spend the next several hours replacing batteries that are vital to the space station’s solar array. The work is delicate and demanding, and they have to do it all in zero gravity, making for a very special kind of entertainment.

The batteries the duo are replacing soak up energy from the solar panels installed on the ISS. When the space station is in full sunlight it stores the extra power that isn’t immediately being used. That power is funneled to batteries on the spacecraft, and those batteries then power the various instruments and tools of the ISS when it’s in the shadow of the Earth.

The current battery technology is nickel-hydrogen, but they’re being replaced by higher-capacity lithium-ion batteries. Today’s mission will see the replacement of three of the six batteries, and the March 29th spacewalk with McClain and Christina Koch will be focused on further battery swaps.

The spacewalk began at just after 8:00 a.m. EDT and is expected to last a little over six hours if all goes according to plan. The stream, provided by NASA, includes multiple camera angles as well as glimpses of mission control, complete with a live voice stream of the communications between the astronauts and their support teams back on Earth.