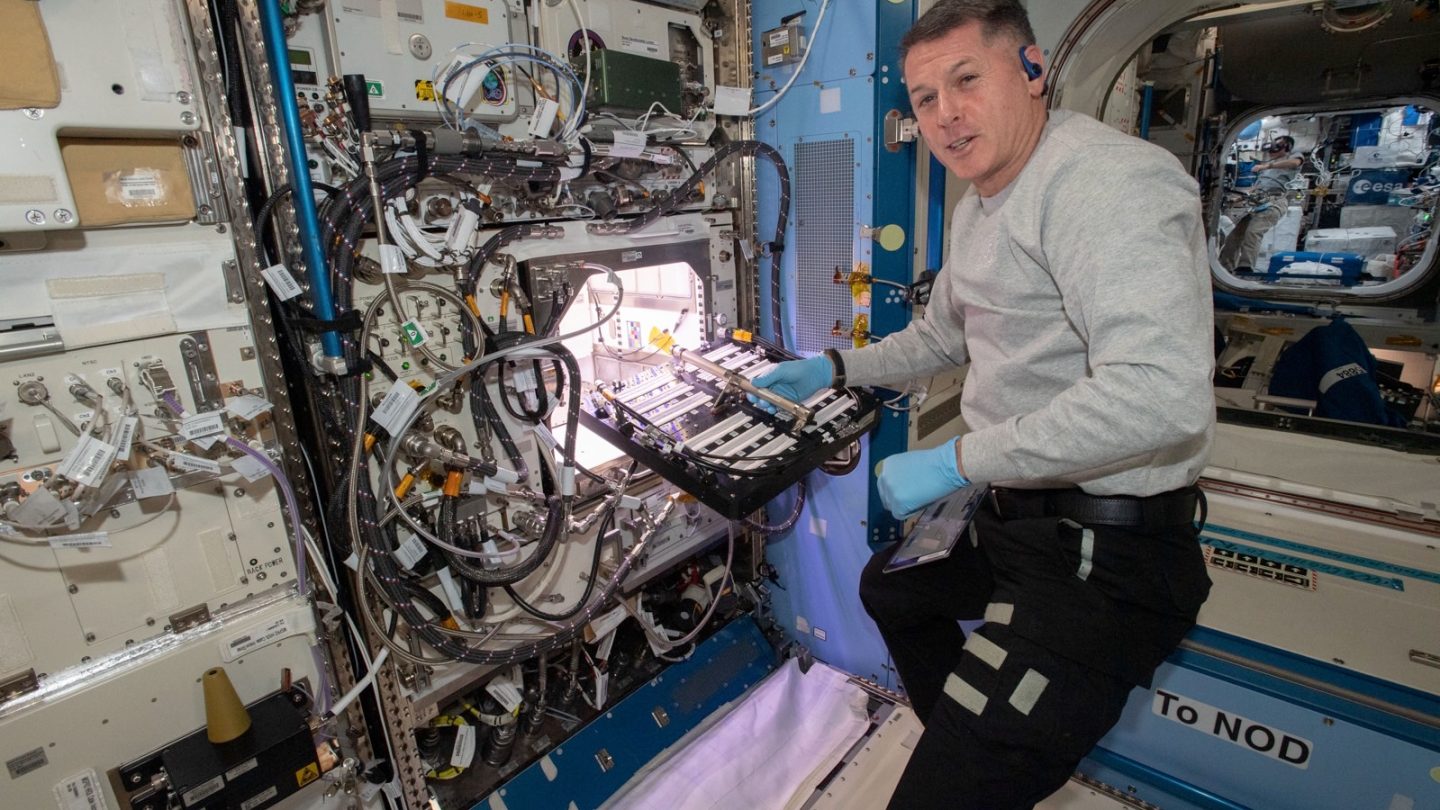 The astronauts eventually embarking on missions to Mars and deep space will need to be able to do a few things to emulate life on Earth. They’ll need to wash their clothes and grow some of their own food. This will improve the logistics of missions and enhance their quality of life. NASA is already studying technology to wash clothes in space. And as of June, astronauts on the International Space Station are growing a brand new crop. After testing other plants in previous research phases, NASA narrowed the chile pepper as a promising alternative for growing food in space. In four months, we’ll know whether the experiment is successful and whether the fruit is safe to consume.

A few days ago, NASA announced that the Plant Habitat-04 (PH-04) experiment reached the ISS. The Hatch chile pepper seeds arrived aboard the resupply mission in June. NASA astronaut Shane Kimbrough initiated the experiment. He previously helped grow red romaine lettuce on the ISS. He then ate the food they grew in space with the crew a few years ago.

Growing food in space is a challenge

A NASA team on Earth sanitized and planted 48 pepper seeds in the science carrier. They used clay for roots to grow. Fertilizer developed for the peppers will be released in the container.

After reaching the ISS, the device is designed to slot into the Advanced Plant Habitat (APH).

“The APH is the largest plant growth facility on the space station and has 180 sensors and controls for monitoring plant growth and the environment,” PH-04’s project manager Nicole Dufour said in a statement. “It is a diverse growth chamber, and it allows us to help control the experiment from Kennedy, reducing the time astronauts spend tending to the crops.”

Kennedy’s Space Station Processing Facility (SSPF) will monitor the experiment from Earth. They’ll control watering, LED lighting, and other conditions. In September, the team will grow a batch of chile peppers on the Earth in similar conditions to the ISS’s new space food.

The peppers will grow for four months in the APH before the astronauts can eat fresh spicy food. The peppers are edible when green, but they turn red when fully ripe.

The plan is for the crew to eat some of the peppers in space, assuming the fruit pass safety tests. The rest of the crop will reach Earth for further testing at NASA’s labs.

Why the chile peppers?

NASA explained that it evaluated more than two dozen pepper varieties around the world for two years. They chose the NuMex ‘Española Improved’ pepper, the generic name for several chile varieties from Hatch, New Mexico.

The space agency explained that one of the challenges astronauts need to overcome concerns storage. They need crops that don’t need a lot of space. Also, they need plants that don’t require extensive processing.

The peppers contain nutrients and high doses of Vitamin C, maybe even higher than Vitamin C in some citrus. Their colorful aspect might also have a beneficial effect on the psychological health of astronauts. As for their spiciness, NASA explained that crew members could lose some of their sense of smell and taste in space. That’s why spicy food might come in handy in space.

NASA researchers also want to measure the quality of space food. They’ll collect feedback from the crew on flavor and texture. They’ll compare the space peppers to the control crop on Earth.