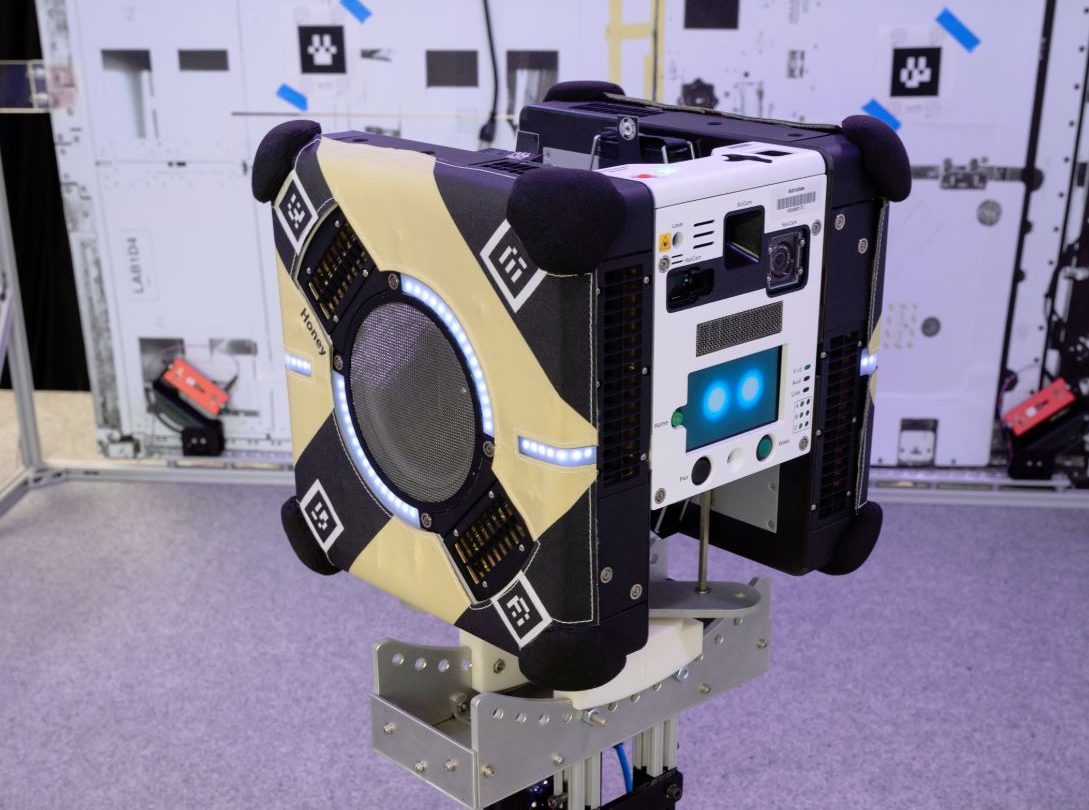 Do robots have a place in the future of crewed space missions? NASA thinks so, and it’s not the only one. Late last year the ESA launched a robotic assistant known as “CIMON” (Crew Interactive Mobile Companion) to the ISS to help astronauts with a variety of tasks ranging from schedule keeping to basic maintenance.

This week, NASA joined the fray with a pair of floating robots that are just now headed to the International Space Station. NASA calls them “Astrobees” and they’re designed to streamline daily activities for the ISS crew. Yes, we’re truly living in the future.

“Astrobee, NASA’s new free-flying robotic system, will help astronauts reduce time they spend on routine duties, leaving them to focus more on the things that only humans can do,” NASA explains. “Working autonomously or via remote control by astronauts, flight controllers or researchers on the ground, the robots are designed to complete tasks such as taking inventory, documenting experiments conducted by astronauts with their built-in cameras or working together to move cargo throughout the station.”

NASA envisions using the robots from back on Earth to survey parts of the space station and observe various activities happening on board. Eventually, NASA hopes that robots will become integral parts of space station crews, carrying out tasks and completing chores so that human astronauts are freed up to conduct science in their limited time in space.

The two Astrobee robots were sent into space along with a whole bunch of other ISS supplies and experiments on a Cygnus spacecraft which launched on Wednesday. The Cygnus resupply ship is unique in that it allows for cargo to be loaded just a day before the spacecraft lifts off, as opposed to the several-day lead time required by other resupply missions.

This short time between loading and launch allows NASA to send time-sensitive experiments into space without worrying about delays that could dramatically affect the condition of the experiments and materials once they reach the space station.