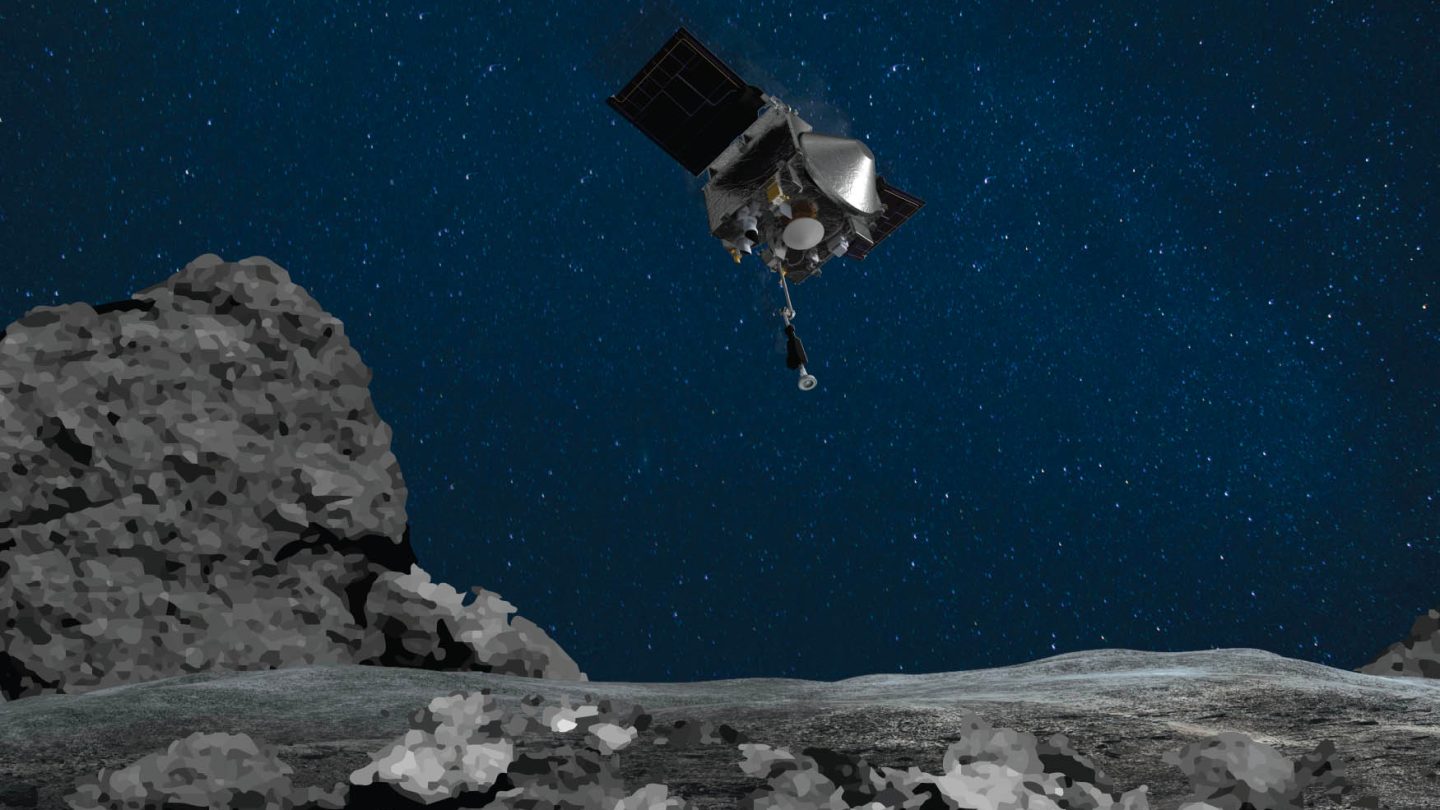 NASA’s incredible OSIRIS-REx asteroid mission nailed its biggest milestone last night, many months after arriving at the space rock known as Bennu. The spacecraft had been orbiting Bennu for some time, studying its surface and learning more and more about the “rubble pile” space rock and others like it. However, the big challenge would always be to grab a sample of the asteroid so that scientists could study it back on Earth.

That’s exactly what the OSIRIS-REx team attempted to do last night. The so-called “Touch-And-Go” or TAG maneuver would direct the probe down to the surface of Bennu where it would attempt to snatch a sample of the surface material and then return to a safe orbit. NASA announced late last night that it had completed at least half of those objectives, meaning that the probe successfully touched down on the asteroid and then returned to the safety of orbit. But did it grab enough material for a usable sample? We just don’t know.

Because of the distance from Bennu and the probe to Earth, controlling the spacecraft in real-time was out of the question. Instead, its handlers back at NASA had to command the probe to carry out the operation and then wait and hope that it did it correctly. Months of practice paid off, and things appear to have gone as planned.

That being said, the data on the sample itself wasn’t immediately available, and it is taking NASA a bit more time to determine whether or not a sample was obtained, and how large that sample is. In fact, according to a new post by NASA, it could be a week before we know exactly how much material OSIRIS-REx was able to obtain when it touched the space rock.

Now, if you’re imagining that the spacecraft dipped down with a big scoop and collected a sample like a spoonful of oatmeal, that’s definitely not what happened. The spacecraft is designed to fire a burst of gas at the asteroid’s surface in order to disturb dust and small rocks, which would then break free from the surface and float freely. A special collection instrument on the probe would open and close, with the hope of capturing as much material inside of it as possible.

“After over a decade of planning, the team is overjoyed at the success of today’s sampling attempt,” Dante Lauretta of the OSIRIS-REx team said in a statement. “Even though we have some work ahead of us to determine the outcome of the event – the successful contact, the TAGSAM gas firing, and back-away from Bennu are major accomplishments for the team. I look forward to analyzing the data to determine the mass of sample collected.”

Again, we won’t know for sure how much material was collected for at least several days and perhaps as long as a week or so. If it turns out that the sample wasn’t large enough, the team will have the probe perform the same maneuver and hope for better results.