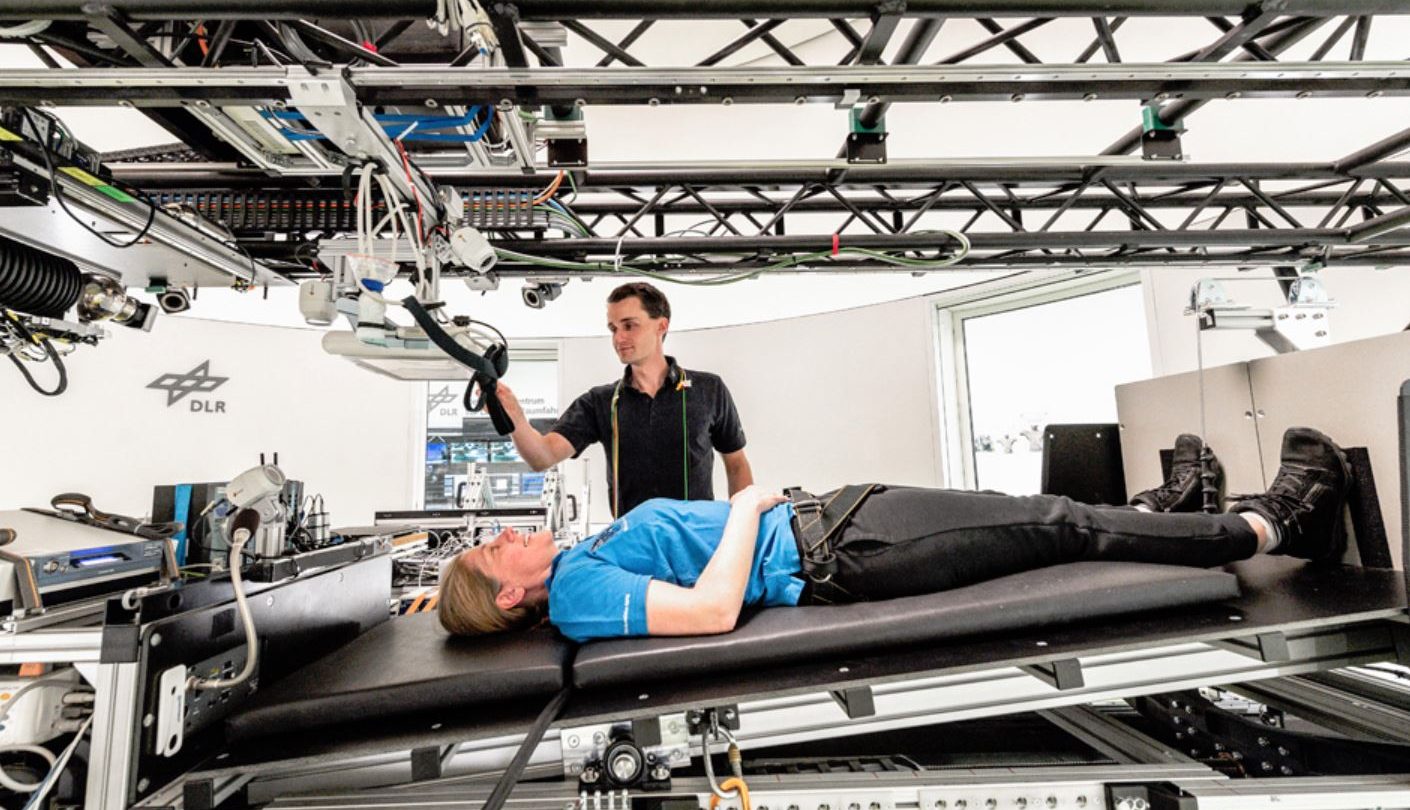 Regardless of what your own personal idea of a dream job might be, you have to admit that being paid to lounge around in bed sounds pretty awesome. That’s exactly what NASA and ESA want a crew of volunteers to do in order to test the potential benefits of artificial gravity for long-haul space missions.

The research, which is being conducted in Germany, will require a total of 24 participants to remain in bed for two full months. Volunteers will be seated at a slight incline so that their legs are slightly higher than their heads, reducing blood flow to the extremities, thus causing muscle deterioration.

When astronauts spend a long time in space their muscles pay a big price. Scientists who fly to the International Space Station, for example, have to exercise regularly with resistance machines to keep their bodies in good working order, but NASA and ESA want to know if occasional upkeep with artificial gravity might also be beneficial.

The two dozen volunteers — being tested in two groups of 12 — will each spend 60 days resting, with occasional trips to a centrifuge in the laboratory. The spinning arm of the centrifuge will push blood back towards the feet of the participant, simulating the effects of gravity and, the scientists hope, revealing what benefits such a system might provide for real-life astronauts during lengthy stays in space.

The scientists, who are still recruiting participants for the second round of 12, are offering quite the experience for anyone brave enough to endure two months of doing absolutely nothing. Along with being able to spend virtually every hour of the day watching TV, movies, playing video games, or reading, the team is paying a handsome sum of 16,500 euros (nearly $19,000) to each individual.

That’s a decent chunk of change for two months of “work,” but even if the study seems laid back on the surface, there are surely some psychological challenges of remaining in the same room, lying slightly backwards, for 60 days (and another 30 days of recovery afterwards). We wish the volunteers the best of luck!