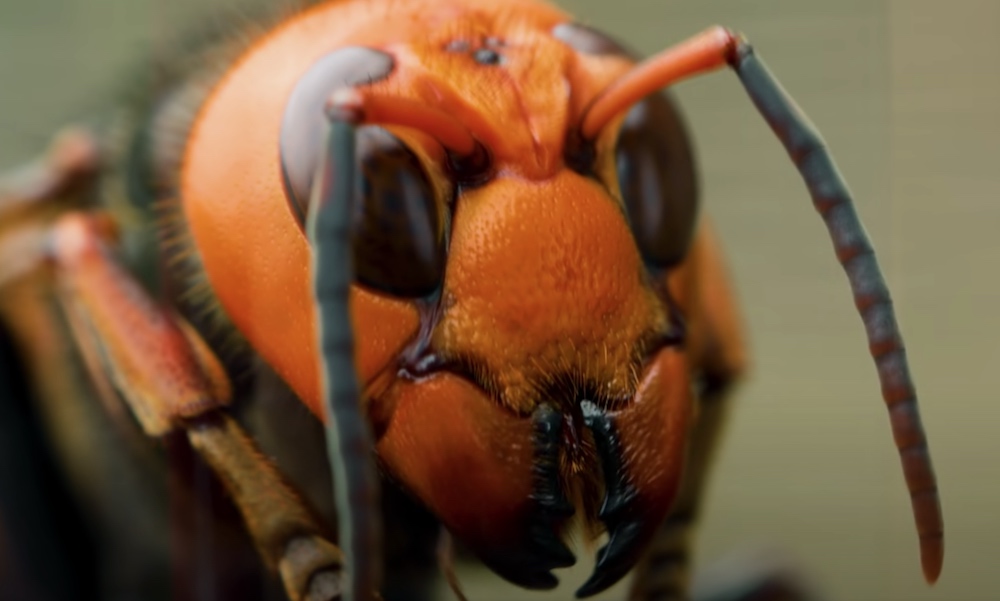 Just when you thought 2020 couldn’t get any crazier, we now have to contend with giant hornets from Asia that are affectionately known as Murder Hornets. Call me old-fashioned, but I’m not really into already-scary insects having the word murder as part of their name.

Murder hornets recently found their way over to the United States and, if we get right down to it, they’re not as terrifying as they look. Sure, they look like pure nightmare fuel — with some queens measuring in at more than two inches long — but the reality is that a single bite from a murder hornet isn’t going to kill you, though it will be incredibly painful. If you’re at all curious, a man who goes by Coyote Peterson got stung by a murder hornet on purpose and filmed the entire experience for our collective enjoyment or horror.

One of the more interesting aspects of the murder hornet’s attacking strategy is that it can essentially call for backup. Specifically, when a murder hornet hones in on a target, it can emit a scent that attracts other murder hornets to join in on the attack. So while a target may be able to fend off a murder hornet or two, dealing with an entire swarm is a completely different story.

Truth be told, the real danger murder hornets pose isn’t to humans, but rather to local bee populations which can be decimated by murder hornets incredibly quickly. To this point, a few dozen murder hornets have the ability to destroy tens of thousands of bees in no time at all. It’s worth noting, though, that honeybees in Japan have developed an incredible tactic they employ to fend off a murder hornet on the attack.

When a murder hornet makes its way into a beehive, it will easily be much larger than any individual bee. It is, however, outnumbered and Japanese honeybees use this to their strategic advantage. Specifically, Japanese honeybees will swoop in on the attacking hornet and surround him completely. At the same time, the honeybees will start flapping their wings as fast as they can in order to raise the temperature and ultimately kill the murder hornet by effectively cooking it alive.

The honeybees’ stingers can’t penetrate a hornet’s thick outer skin, so the bees swarm around an attacker instead, forming a spherical bee ball, and use their vibrating flight muscles to create heat. The mass of bees will heat the area up to 116 degrees Fahrenheit (47 degrees Celsius), enough to kill the hornet.

Scientists discovered these bee balls in 2005 and have been studying them ever since. Now researchers have figured out the bee-brain mechanism that regulates the thermo-balling behavior in Japanese honeybees but not in their relatives, the European honeybees.

A video of this defense tactic in action originally made its way online a few years ago but started circulating again now that murder hornets have arrived in the U.S.