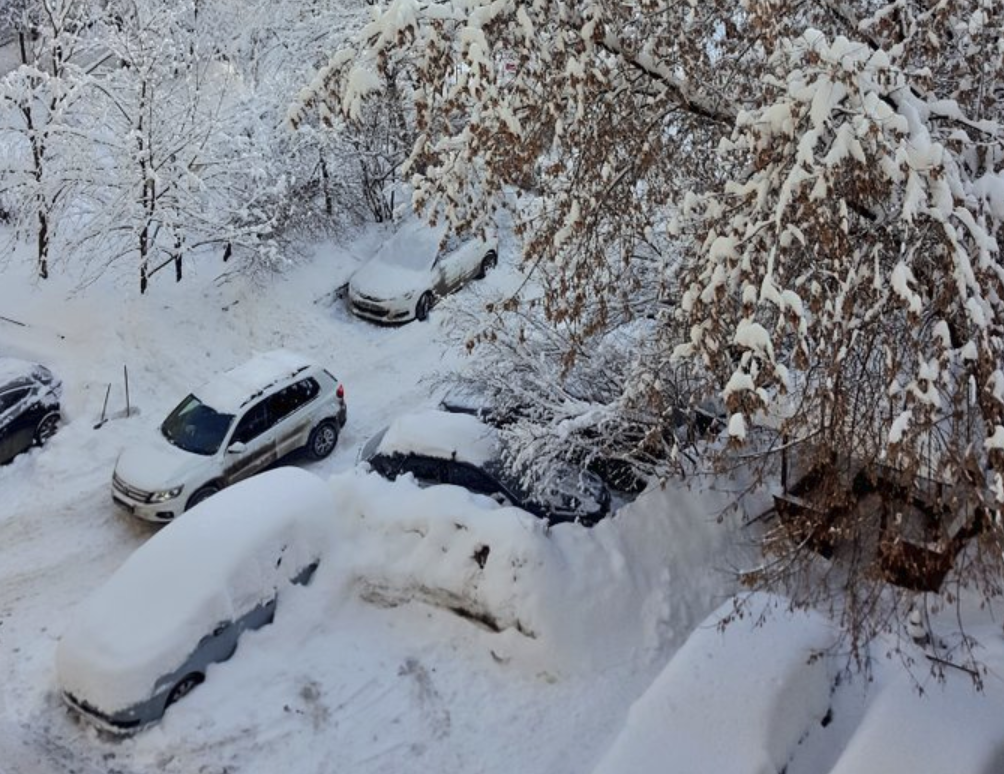 Russia gets its fair share of snow every year so for Moscow to be covered in a layer of white stuff in early February isn’t exactly breaking news. That being said, Mother Nature really dealt Russia’s capital a rough hand on Sunday and Monday, and the city is now digging out from snowfall measuring over 18 inches, with some estimates suggesting as much as two feet of snow has fallen.

Winter storms pummeled the city over the course of 36 hours, dumping all of the snow in a very short period of time. Even in a location as well-prepared for snow as Moscow, things got very, very messy. According to Reuters, the final snowfall tally is the largest in the history of the city going as far back as weather records go.

Moscow Mayor Sergei Sobyanin reportedly called the storm “the snowfall of the century,” and the many photos of the city held in winter’s grip certainly seem to support that statement.

We had monthly snow norm in one day. You will be lucky to experience Moscow in white! pic.twitter.com/mUBPq8lmfq

Many cars are still submerged under the Moscow snow apocalypse pic.twitter.com/EYFNnglAYd

Moscow was in a pinch as to what to do with the incredible amount of snow, and just pushing it off to the side of the road doesn’t always solve the problem. To that end, city officials decided to start dumping the snow near a railway station in the city, and the snow-packed lot now looks like something from another world.

The giant Moscow snow dump: after the city's heaviest snowfall in 100 years, some of the cleared snow has been collectively dumped next to Paveletsky Railway Station. pic.twitter.com/IuwN4MOPAV

#Moscow sees the heaviest #snowfall in 100 years! Up to eight centimetres of #snow will fall in the next three days https://t.co/fChmheqqe9 #weather pic.twitter.com/Lc63V2XPZU

Unfortunately for the city’s residents, the forecast for Moscow shows a bit more snow is on the way. It won’t be anywhere near the amount that has already fallen, but when you’re already buried under up to two feet of powder, it’s like adding insult to injury.