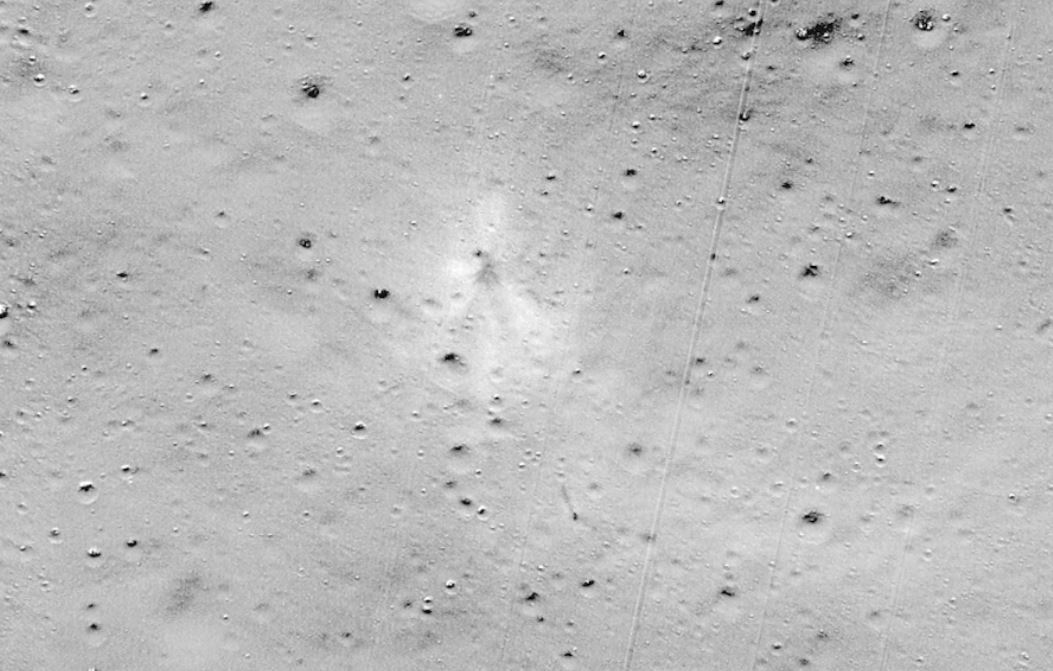 India’s Vikram lunar lander didn’t land on the Moon. It crashed back in early September, destroying both the lander itself as well as the small rover it was carrying. This week, NASA released the first public images of the crash site, which were snapped by the agency’s own Lunar Reconnaissance Orbiter. Somehow, this is causing drama between NASA and the Indian Space Research Organization.

Throughout this entire saga, ISRO has been strangely standoffish. The group initially refused to declare the lander and rover dead despite the fact that the machines slammed into the lunar surface. The group then went quiet, and updates on the status of the mission were few and far between.

ISRO claimed that the Chandrayaan-2 orbiter that made the trip along with the lander had managed to spot the crash site shortly after the failed landing attempt. However, ISRO refused to make any images public, and NASA offered to help scan the area with the LRO to get more information.

NASA released images of the massive area where the lander could have come down, but much of it was shrouded in shadow due to the angle of light from the Sun. The lack of information coming from ISRO was so comical that government officials in India demanded an update, at which point ISRO finally acknowledge the lander and rover were dead. ISRO again refused to release any images of the supposed crash site, stating only that it came down “within 500 meters” of the expected landing area.

Then, earlier this week, NASA got a helping hand from some amateur astronomers and was able to spot the location where the Vikram lander died. NASA studied before-and-after images of the area to determine where various pieces of the spacecraft had settled after it was destroyed. It released those images publicly.

When asked about NASA’s investigative efforts, ISRO chief K Sivan shot back a terse response. “Our own orbiter had located Vikram Lander,” Sivan told reporters. “We had already declared that on our website, you can go back and see.”

This is all so odd that it’s hard to know what to make of it. Did ISRO really spot the crash site immediately after the failed landing? Maybe! But if so, why keep those images secret for months, even as NASA was actively trying to help in the search effort? Why was ISRO’s communication about the mission so poor that even Indian lawmakers were left in the dark after it failed?

None of this makes much sense, but at least now we have a look at the crash site from NASA’s orbiter, even if ISRO snapped its own photos first.