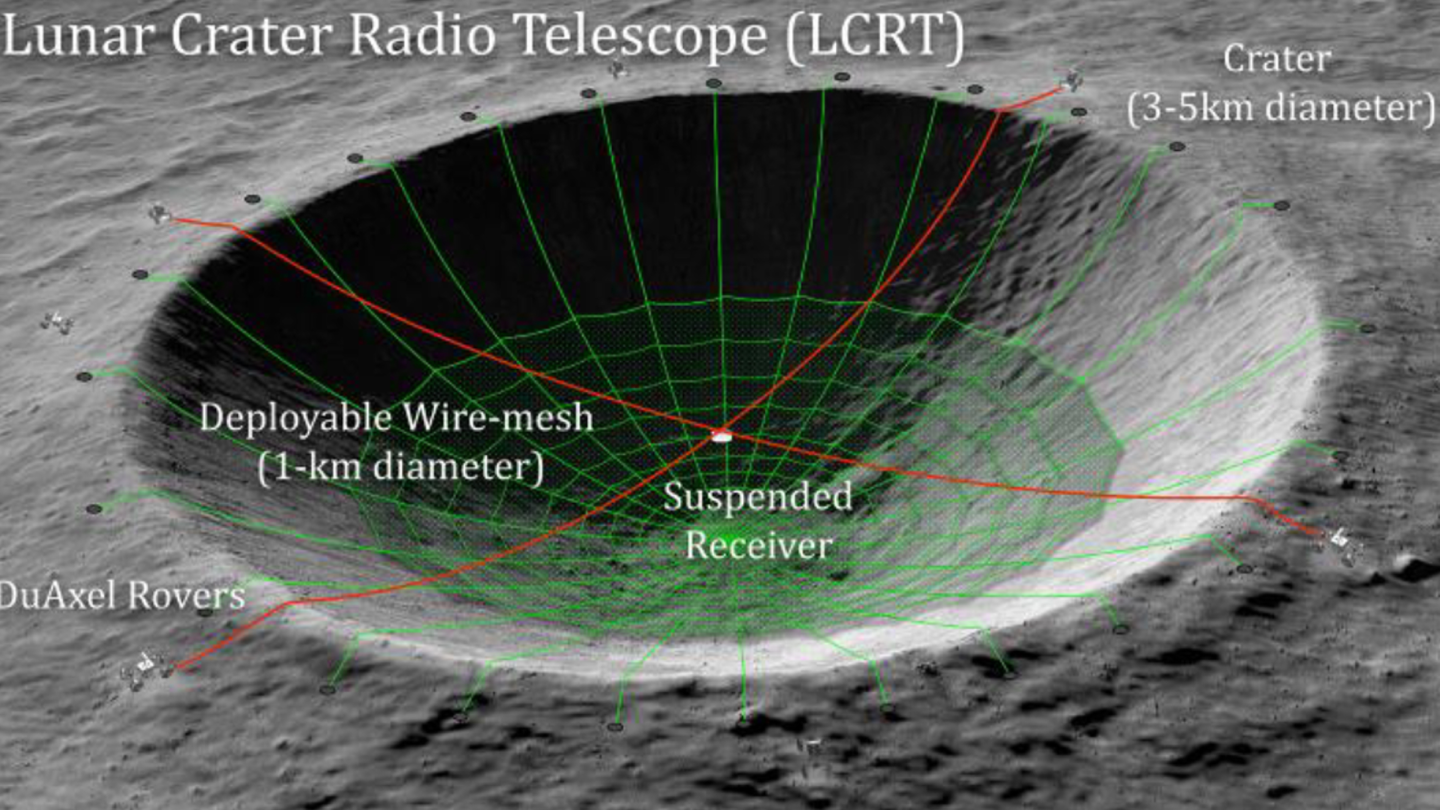 NASA famously sent the first humans to the Moon many decades ago, but years later the space agency seemed to lose interest in Earth’s tiny neighbor. It’s only recently that NASA has appeared to go all-in on lunar exploration and investigation, ultimately hoping to use the Moon and an orbiting gateway as a jumping-off point for missions deeper into space.

Now, with a crewed Moon mission still in the works for 2024, NASA scientists are exploring all kinds of wild and interesting concepts. One such concept is featured in a new blog post by Saptarshi Bandyopadhyay of NASA’s Jet Propulsion Laboratory. In the post, Bandyopadhyay explains how it might be possible to use a lunar crater as a radio telescope, provided we can send the right pieces of hardware to the far side of the Moon.

It sounds crazy but it actually makes a lot of sense. A large lunar crater would already be the correct shape as a radio telescope dish, so installing a variety of devices in and around the rim of the crater could allow it to function in much the same way.

Exactly how such a system would be constructed on the far side of the Moon is a big hurdle, but NASA’s JPL has some solid ideas. For starters, a pair of landers would be sent to a target crater, with one of the spacecraft touching down outside of the crater and the other “telescope lander” landing as close to the center of the dish as possible. 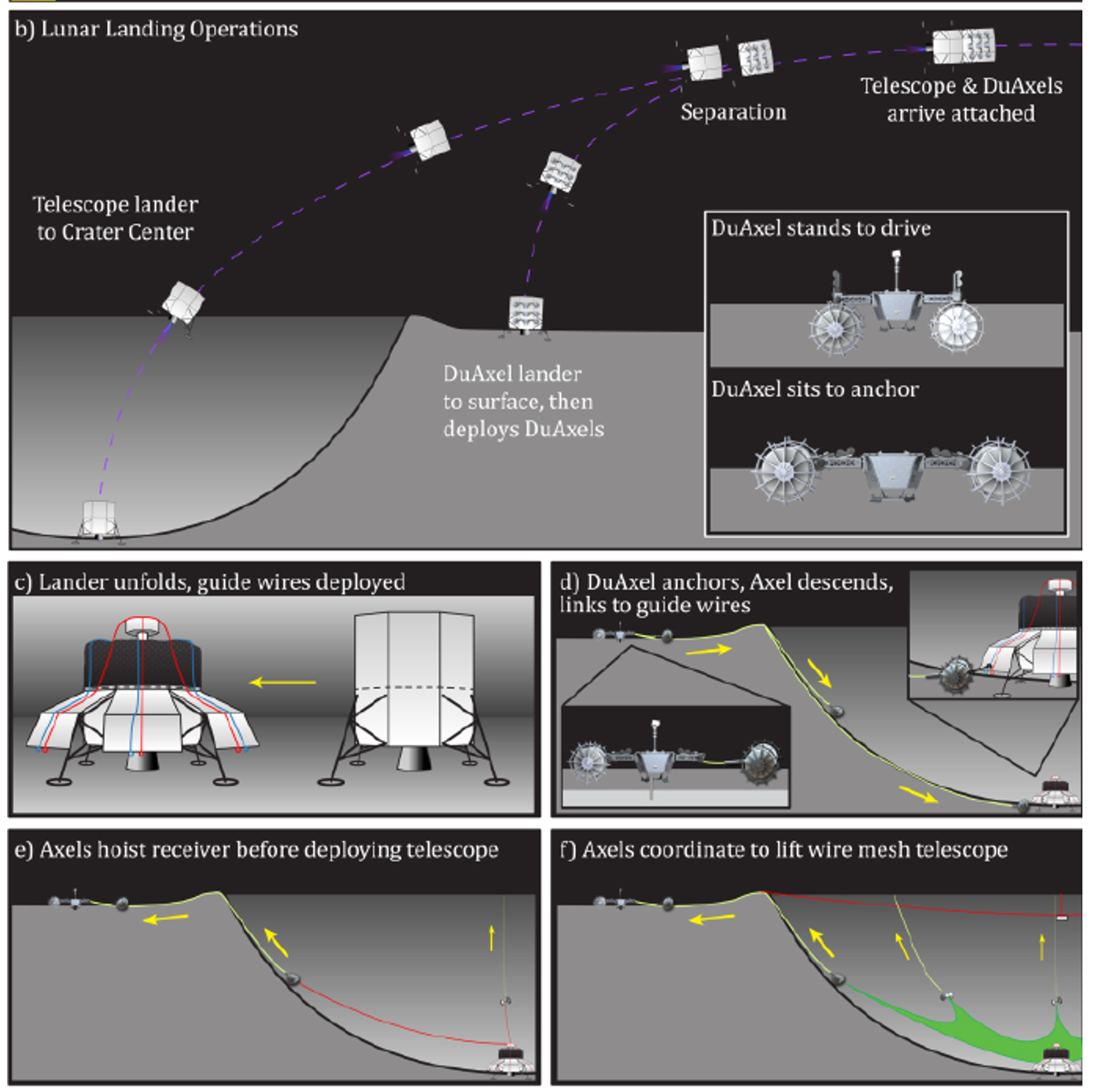 “This Lunar Crater Radio Telescope (LCRT), with 1km diameter, will be the largest filled-aperture radio telescope in the Solar System,” Bandyopadhyay writes. “LCRT could enable tremendous scientific discoveries in the field of cosmology by observing the early universe in the 10– 50m wavelength band (i.e., 6–30MHz frequency band), which has not been explored by humans till-date.”

It’s an ambitious plan, and one that would require many things to go perfectly, but if it worked, the resulting radio telescope would be a seriously awesome tool for astronomers. At this point, it’s just an idea, but it’s certainly within the realm of possibility.