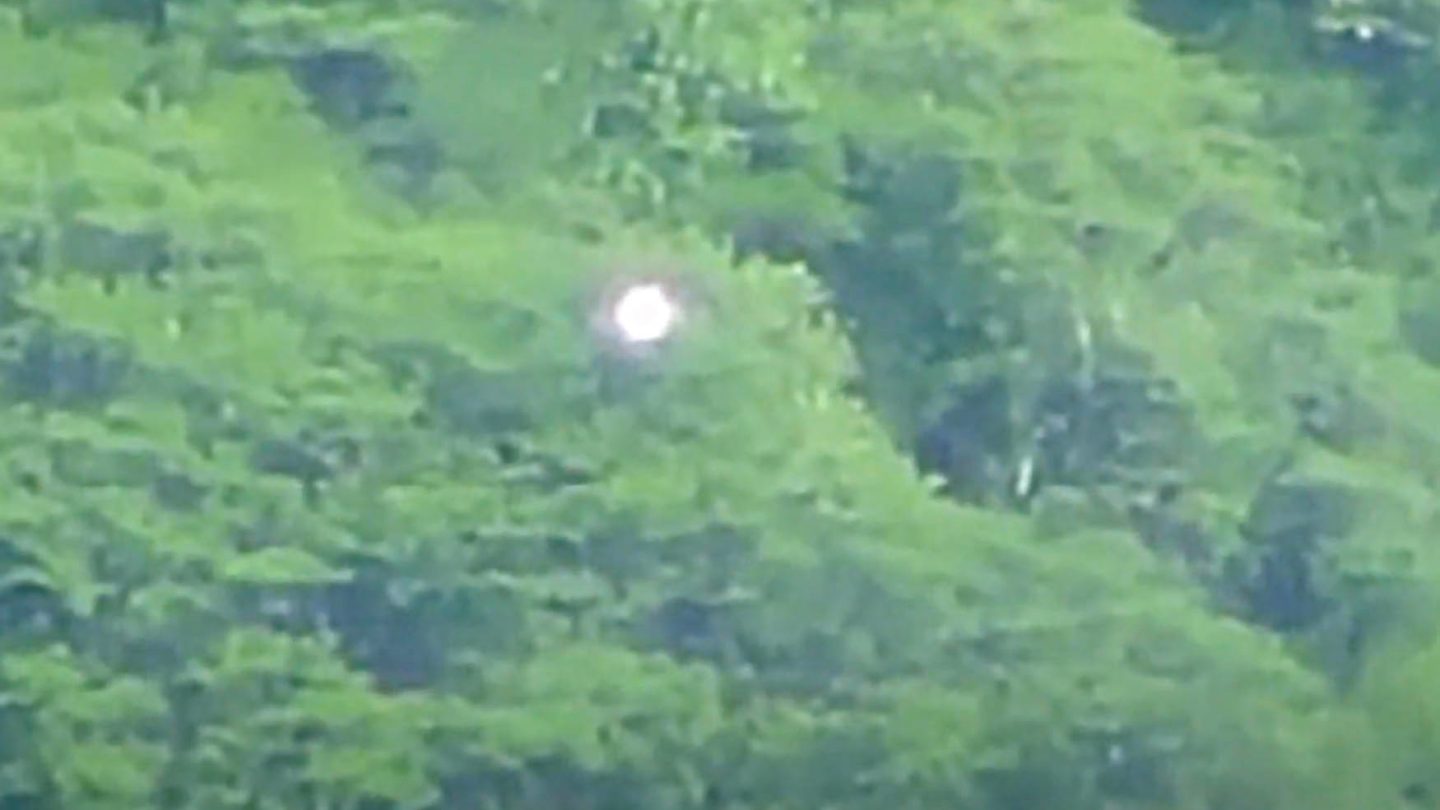 I think most (or perhaps all) of us have seen things in the skies that we can’t fully explain. Science fiction has taught us to immediately assume that these things are examples of paranormal phenomena, but we know deep inside that they’re probably not.

That’s exactly the feeling I get when I watch this newly-minted viral video out of Mexico that appears to show a floating orb or ball of some kind just sort of hanging out over a thickly forested area in Guadalajara, Mexico. I definitely can’t tell what it is, and by the fact that the cameraman focused on it for the better part of four minutes, I’m guessing he had no idea what it was, either.

So, the video starts out with the camera focused on a tiny blip of light high above the treetops. The camera focuses in closer over the course of the video, but the orb never moves. It just sits there, glowing with mystery, motionless. The fact that it doesn’t move suggests that it’s possible the object is actually resting on the treetops rather than hovering above them. You can’t really tell either way due to the video’s poor resolution, which just makes identifying the object even more difficult.

The strange glowing ball does go from dimmer to brighter a few times over the course of the brief video, but that may simply be a byproduct of how far away it is in relation to the camera. Eventually, you’ll see how far away it is, with the camera zooming out all the way at the very end of the video.

So, what is it? I really have no idea. Based on the angle the sun appears to be shining it’s possible (or perhaps likely) that the shiny glow of the orb is actually a reflection of sunlight toward the camera. If that is indeed the case, the object could be anything.

Maybe it’s a piece of trash that got caught up in the treetops? Imagine one of those heat-preserving “space blankets” getting caught up in the wind and tying itself up around the top of a tree. Those things are basically pieces of tin foil, and that would certainly be capable of reflecting a lot of light.

In any case, this is the part where I have to remind everyone that “UFO” stands for “unidentified flying object” and doesn’t necessarily mean that it has anything to do with aliens. This weird glowing ball is unidentified and it appears that there’s at least a chance that it’s “flying” above the forest. Is it aliens? Probably not.