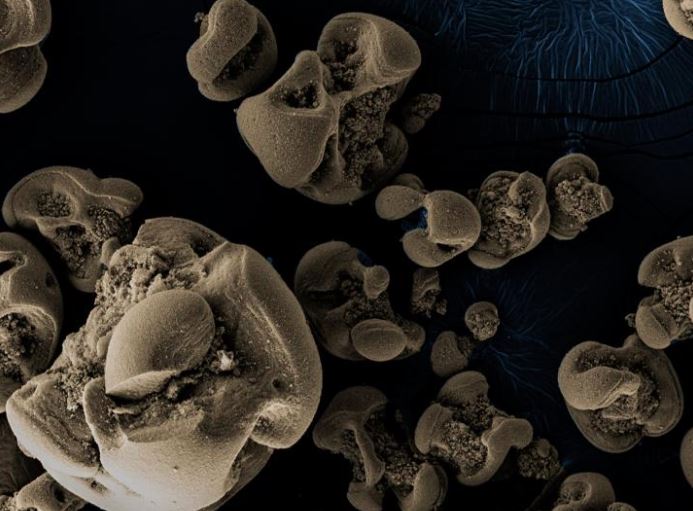 Bacteria are the tiny organisms that we never see but which have huge impacts on our day-to-day lives. They live all around us — and inside of us! — and researchers can only try to fathom how many different types there are. Now, a team of microbiologists from Caltech has stumbled upon a bacteria that does something they’ve never seen before: it eats metal.

The bacteria was discovered completely by chance. Jared Leadbetter, a professor of environmental microbiology at Caltech, was performing experiments with manganese and left a dirty glass jar soaking in a sink at his office before leaving for several months. Upon his return, the jar looked a whole lot different.

As is described in a press release on the research, the jar “was coated with a dark material.” Having no idea what exactly it was, Leadbetter decided to examine in it greater detail. “I thought, ‘What is that?'” Leadbetter says. “I started to wonder if long-sought-after microbes might be responsible, so we systematically performed tests to figure that out.”

As it turns out the manganese that was left on the soiled jar had been oxidized, consumed by microscopic bacteria that apparently came from the tap water which the jar was soaking in. Despite huge amounts of research dedicated to the study of bacteria, nobody had ever observed a type of bacteria that actually feeds on metal, until now. The research was published in Nature.

“There is a whole set of environmental engineering literature on drinking-water-distribution systems getting clogged by manganese oxides,” Leadbetter said in a statement. “But how and for what reason such material is generated there has remained an enigma. Clearly, many scientists have considered that bacteria using manganese for energy might be responsible, but evidence supporting this idea was not available until now.”

Additionally, Leadbetter and his team theorize that similar bacteria may be responsible for the creation of large metallic “nodules” that have been observed in Earth’s oceans. They’ve been spotted as far back as the 1870s but nobody knew what process led to their creation. It’s possible, the researchers say, that bacteria are the builders of these bizarre features of the seafloor.