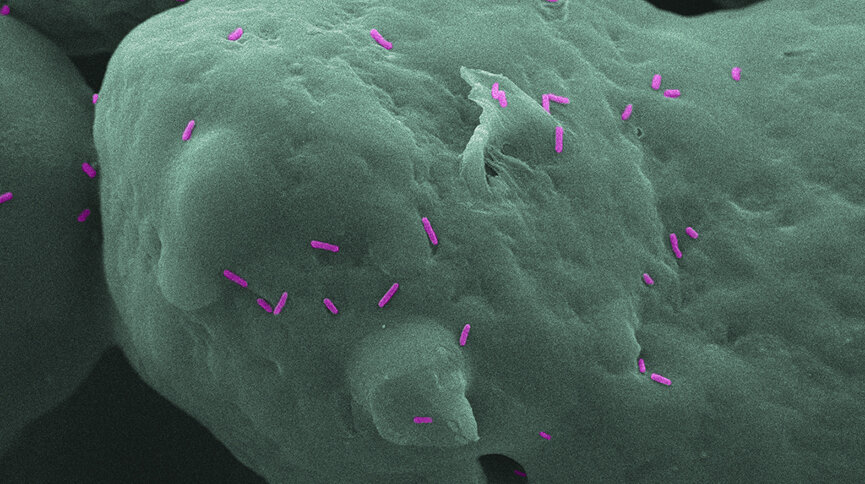 The war against the spread of bacteria in places like hospitals and medical centers is often waged using chemical sprays that kill off pesky microorganisms before they can cause problems. They tend to work great, but they’re not suitable for every application and have to be used repeatedly to keep a surface sanitary.

But what if a surface itself could fight back against bacteria? Scientists from the University of Sheffield might have pulled off that incredible feat with a lot of help from 3D printing technology. Their research was published in the journal Scientific Reports.

The antimicrobial properties of silver have been known for quite some time. Silver is even used to prevent microbial growth in certain applications, such as water cooling systems for electronics. With this in mind, the researchers involved in the project developed a “silver-based antibacterial compound” which they then incorporated into 3D printing material.

The additive doesn’t make the resulting 3D printed objects any less rigid or durable, but it did prove to provide some powerful antibacterial protection. The idea is that such a manufacturing technique could be used to create bacteria-resistant instruments and surfaces for use in medical settings including hospitals even nursing homes.

What makes this approach especially interesting is that it combats the spread of bacteria without the use of antibiotics, which are suspected to be a major driver in the evolution of so-called “superbug” bacteria that are resistant to common drugs.

“Managing the spread of harmful bacteria, infection and the increasing resistance to antibiotics is a global concern. Introducing antibacterial protection to products and devices at the point of manufacture could be an essential tool in this fight,” Dr. Candice Majewski, co-author of the work, said in a statement.

“Most current 3-D printed products don’t have additional functionality. Adding antibacterial properties at the manufacturing stage will provide a step-change in our utilization of the processes’ capabilities.”

There’s still work to be done, but this could be a promising new tool in the fight against bacteria-borne illnesses.