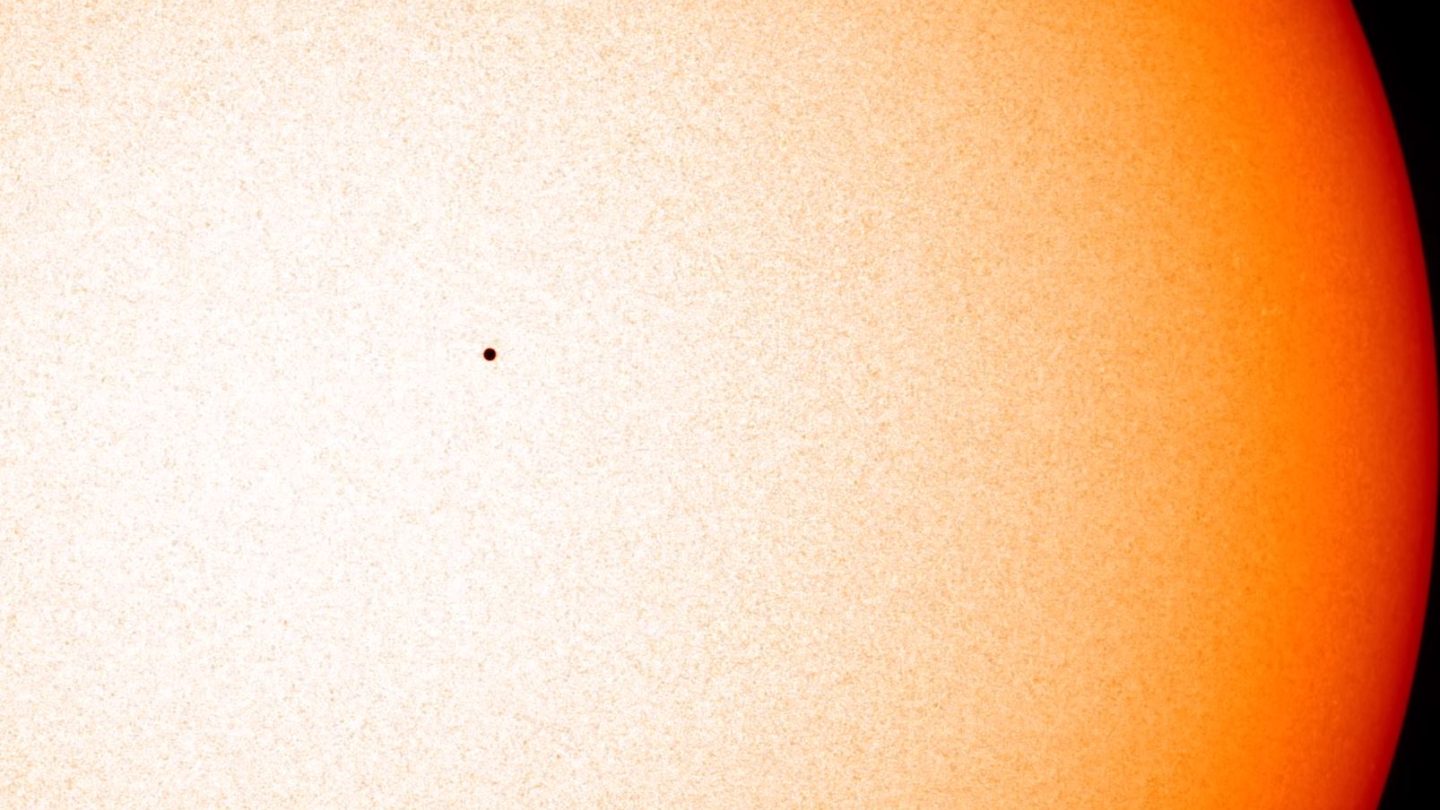 Monday was a big day for astronomers around the world as it provided the rare opportunity to see Mercury transit the Sun. If you missed all the hype leading up to the event, the bad news is that you missed the chance to watch it happen live. The good news, however, is that NASA’s Solar Dynamics Observatory (SDO) was keeping several close eyes on it, and NASA just released a new video showing the transit in gorgeous 4K.

The video, which is just over a minute long, shows the tiny planet passing in front of our star using a variety of different imaging tools. NASA’s hardware can capture the light of the Sun in a variety of wavelengths, and seeing the transit through the SDO’s various filters is a real treat.

Mercury completes an orbit of the Sun in just 88 days. That’s less than one-quarter of the time it takes Earth to complete the same trip. That, combined with the fact that Mercury isn’t always lined up with Earth and the Sun when it passes by, means that being able to view a transit from Earth is somewhat rare. Observable transits happen roughly 13 times a century, but the next time one will occur will be in late 2032.

You’ve really gotta hand it to NASA with this video. Not only is it absolutely gorgeous, but it’s also presented in resolutions up to 4K, so if you have the means to cast it to a 4K TV it’s definitely worth it.

The Solar Dynamics Observatory that captured these incredible images was launched back in 2010. NASA planned on getting at least five years’ worth of work out of the satellite before calling it quits, but we’re already approaching its tenth year in space.