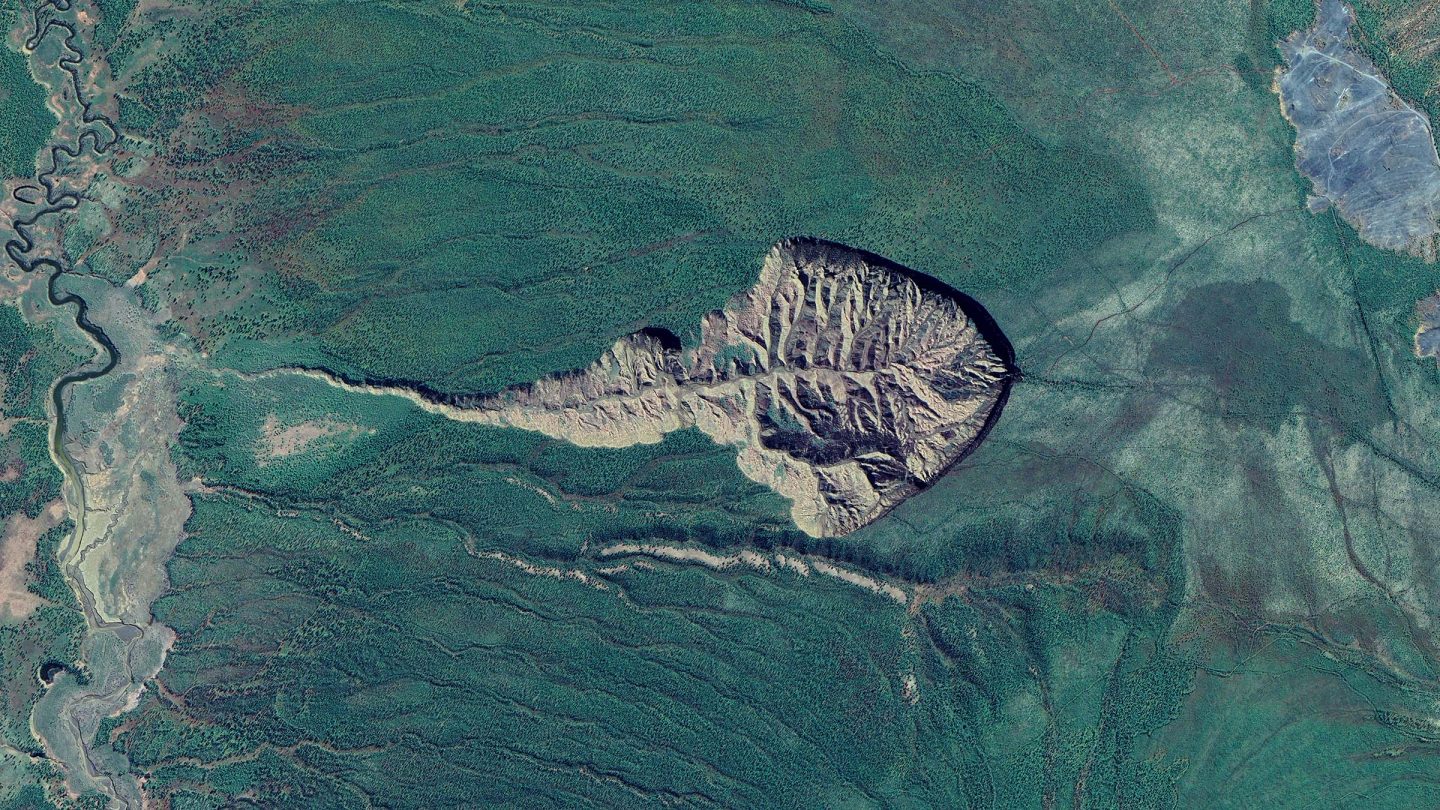 A massive crater known as the “mouth to hell” began opening in the 1960s. Now, over 60 years later, the crater continues to grow, swallowing everything in its path. The most worrying part, though, is that scientists have no idea how to stop it.

Russia’s “mouth to hell” continues to grow each year

The crater began to form in the 1960s, shortly after parts of the massive forests that once covered the area were cleared out. Scientists believe the land was once held up thanks to permafrost soil. However, with the Sun’s warmth able to reach the ground openly, that permafrost began to melt.

Thus far, the crater has managed to expand to .6 miles, or 1 km long. It’s already reached 282 feet (or 86 meters) deep, and it continues to get bigger all the time.

Scientists believe the mouth to hell has continued to grow by at least 10 meters each year. The crater is officially known as the Batagaika crater, named after the near-flowing Batagayka, a tributary river of the Yana river. Residents that live nearby of the crater say they often hear rumbles coming from the area.

Additionally, each year, as permafrost melts, it exposes more of the frozen soil below, thus expediting the process. While it is only growing by 10 meters a year as of 2016, climate change could see the mouth of hell’s growth rate increase in the future. What’s worse, the increasing global temperature could result in other “mouth of hell” craters appearing around the world.

A gateway to years of climate data

The rapid exposure of permafrost is dangerous to the local area. However, it is providing some insight that might not be possible otherwise. That’s because the permafrost melting is exposing years of fossilized materials, including ancient forests and pollen. Other remains found include fossilized animal carcasses like mammoths, horses, and musk ox.

Scientists say that the remains the mouth to hell is exposing are giving us insight into climate data as far back as 200,000 years. As such, it is a one-of-a-kind experience to be able to see those kinds of fossilized remains. But, that doesn’t negate the overall negative aspect of this massive sinking crater.

Known as a “megaslump” or “thermakarst” officially, the mouth to hell is the largest of its kind. While it has grown by at least 10 meters per year, it’s possible that the crater has grown by up to 30 meters (98 feet) per year during warmer years. Further, as it erodes more and more, it could release ancient stores of carbon into the atmosphere. This would trigger more global warming as a result.