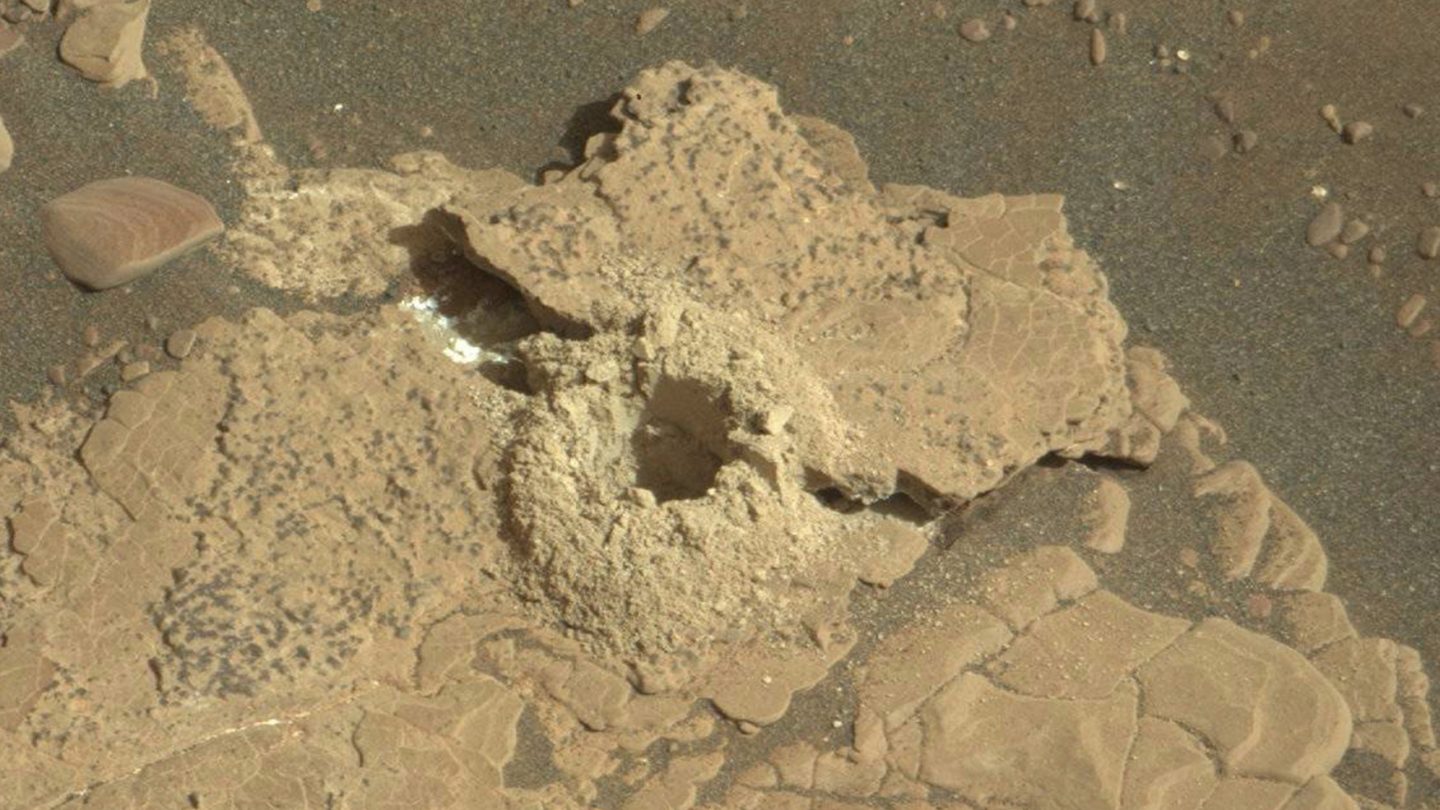 When it comes to exploring pristine areas of the planet or, even better, another world, scientists usually do their best to leave things as they found them. Respecting Mother Nature is important, but doing your best to avoid damaging previously unexplored worlds is important for other reasons as well, including the fact that future explorations of the area may accidentally “rediscover” things that earlier missions messed up.

Sometimes, however, accidents just can’t be helped, and as NASA’s Mars Curiosity mission update website reveals, a recent attempt to drill into a Martian rock to obtain a sample resulted in the rock actually splitting. It’s not a big deal, and the hole is still useful for scientists to investigate, but it’s not something you see every day.

Curiosity stopped by its current location to grab rock samples from areas that were covered in dark nodules. The nodules stood out from the smooth parts of the rock and NASA scientists were eager to figure out what made them different.

Curiosity is mostly chilling out this weekend while we continue to investigate the latest drill hole, “Groken,” and the sample we collected in this nodule-rich corner of the rock (the nodules are the dark areas in the image). In the process of drilling, Curiosity broke the rock, which can sometimes happen when we are close to an edge, but still collected enough sample to perform detailed analyses.

Despite the unfortunate crack in the rock, Curiosity was able to grab a sample and have it analyzed using its onboard hardware. We won’t know exactly what it discovered until researchers are about to fully examine the data, but the rock sure looks weird so maybe it’s hiding a secret or two.

As for Curiosity’s next moves, the rover will continue to explore the immediate area while also making distant observations of the massive crater in which it lives. As the Curiosity team notes, the seasons have fully shifted on Mars, and dust and wind are the order of the day.