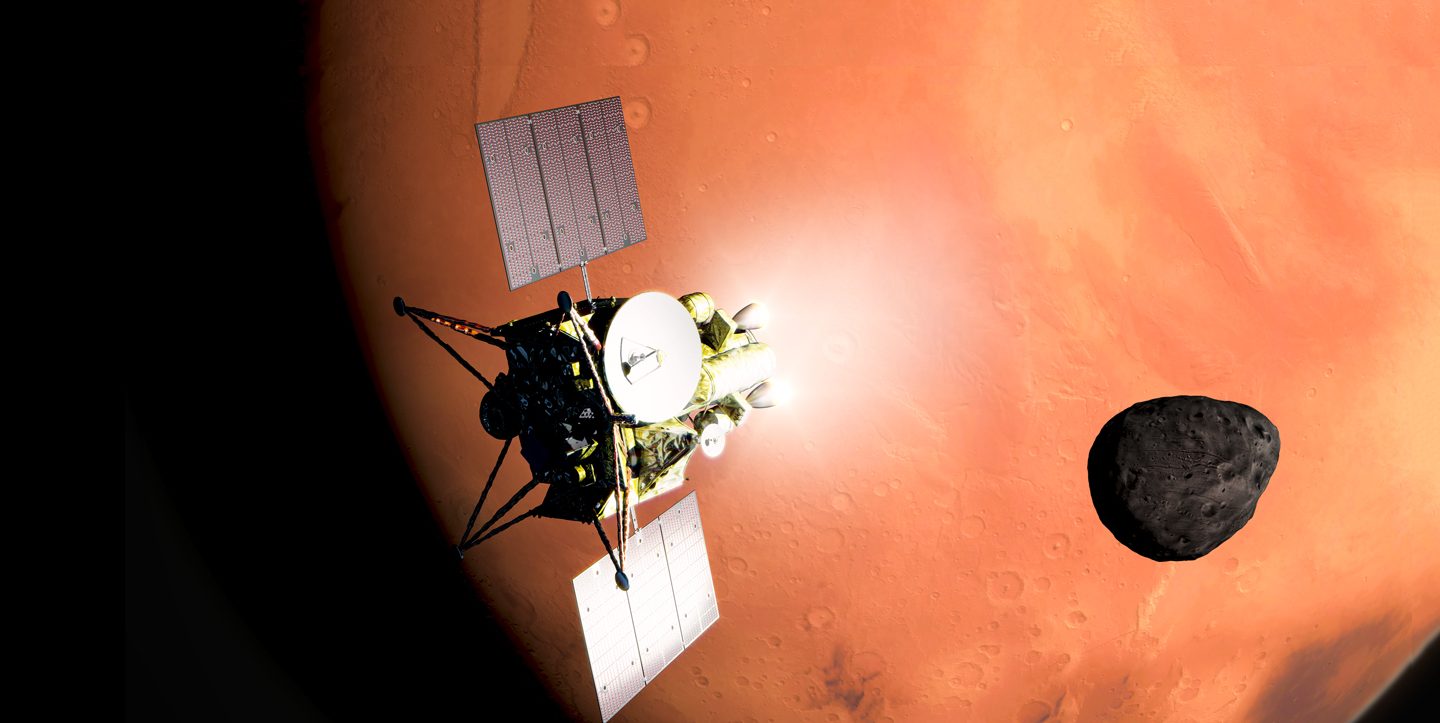 With groups like NASA and the European Space Agency focusing largely on missions to explore Earth’s moon and Mars, the Japanese space agency JAXA is taking a chance on a different kind of mission. According to reports out of Japan, JAXA is currently planning on a trip to two Martian moons, and they’re evening planning on snatching a sample from the Martian moon Phobos and sending it back to Earth.

As Ars Technica reports, the mission will cost around $417 million and has a tentative launch window of 2024. If successful, it will be the very first time that humans have ever fetched a sample of a moon orbiting another planet.

The Martian Moon eXploration (MMX) mission will visit both the Martian moon Deimos as well as Phobos. Visiting the moons from orbit will be exciting for JAXA, but the key to the mission’s success will obviously be the touchdown on Phobos. As JAXA notes in a new announcement post, the spacecraft will set down on Phobos for just a few hours.

Phobos has been selected for surface operations, with the spacecraft landing for several hours to collect a sample of at least 10g using a corer that can gather material from a minimum of 2cm below the moon’s surface. The spacecraft will then leave the Martian system and return the sample to Earth, completing the first round-trip to the Martian system.

If that sounds like an incredibly ambitious plan, that’s because it is. Snatching surface samples from other bodies in our solar system isn’t an easy task, and thus far groups like NASA and JAXA have focused on grabbing such samples from asteroids rather than other planets and moons.

With the mission not slated to begin until 2024, we’ll still learn a lot about JAXA’s plans before it’s ready to lift off, and it’ll be exciting to see how things progress over the coming months and years.