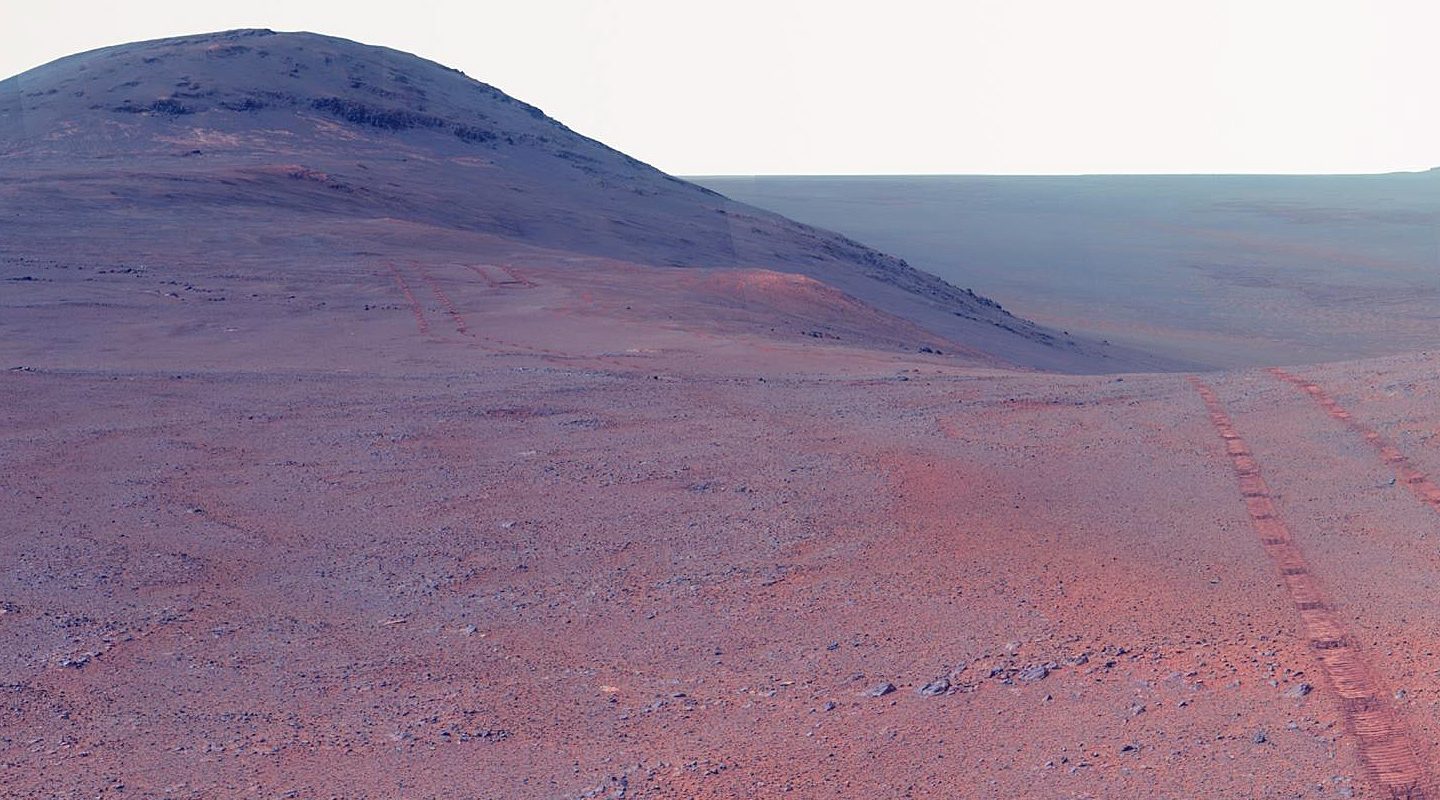 NASA’s Mars rover Opportunity continues to perform some amazing feats despite being long overdue for its expected retirement. The rover, having ventured to a somewhat mysterious site that researchers call Perseverance Valley, has been doing its best to help its handlers decipher exactly how the valley formed. Now, to help show both NASA scientists and the rest of the world a better view of what the landscape looks like, the rover shot a series of panoramic photos that, when stitched together, give you a better feeling of what it would look like to be standing on the Martian landscape yourself.

Looking like just as much of a barren wasteland as it truly is, the planet appears completely lifeless and brutal, but that doesn’t mean it’s not still a lot of fun to look at. With two massive crests, a windswept plain littered with rocks and boulders, and the planet’s signature orangish hue, it’s a glorious reminder of just how different Mars is from Earth, despite being so close.

Looking to the far right of the image, Opportunity’s telltale tracks scar the dusty ground and offer a sense of scale. The bot’s wheels are roughly seven feet apart, so while the markings might seem like something created by a child’s RC car, it’s actually a pretty sizable vehicle, despite being considerably smaller than its successor Curiosity.

Checking out the panorama in a thumbnail really doesn’t do it justice, so be sure to expand the full image, and maybe you’ll find yourself with a new desktop wallpaper, too.