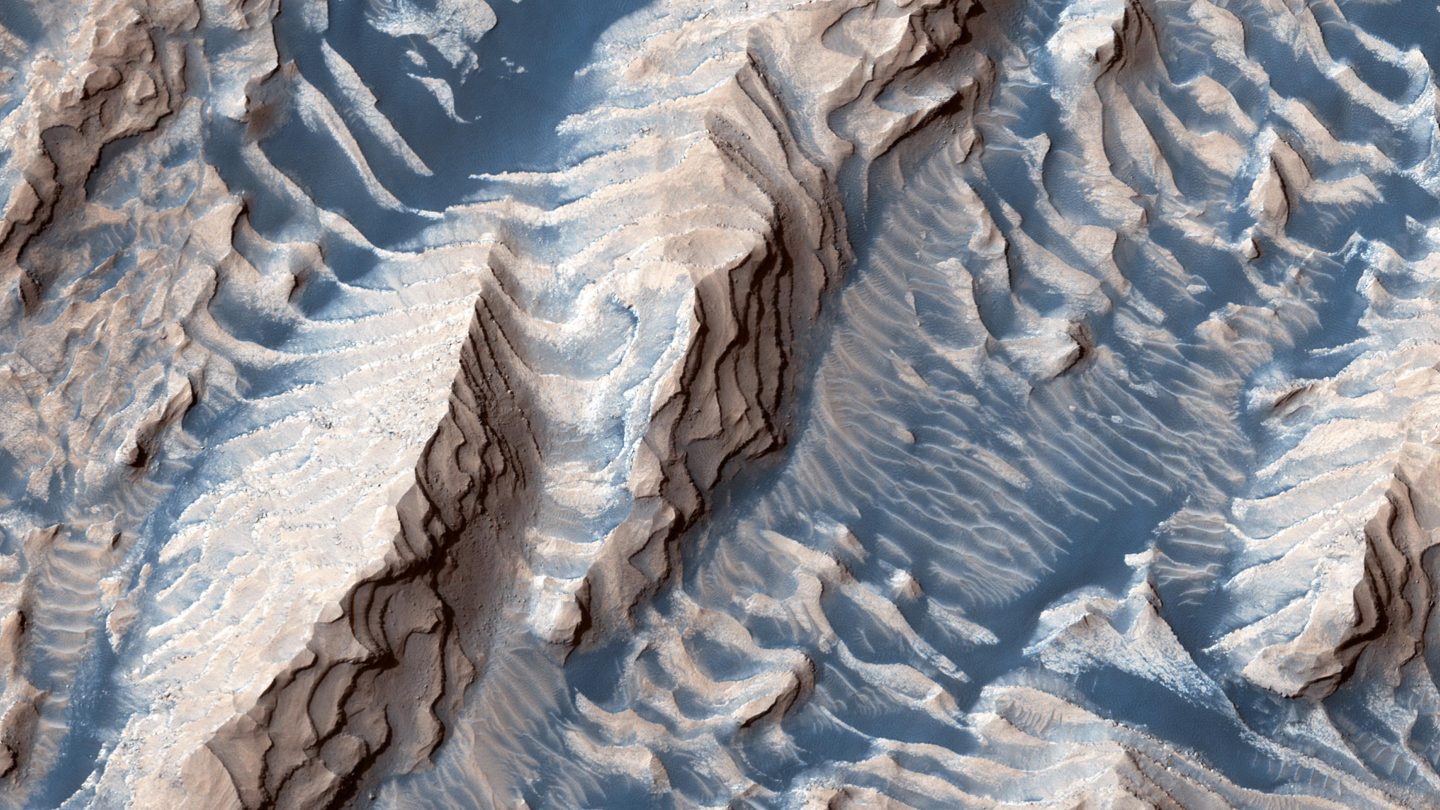 The Mars we know is a dry, dusty, barren place and in just about every image we see of the planet, it’s a pale shade of orange, but there are some areas of the nearby world that have unique and colorful personalities all their own. In a new blog post, NASA highlights one such area known as Danielson Crater.

The crater itself absolutely massive, measuring some 42 miles wide. Tucked away within it, gorgeous rock formations dusted with dark sand give the area a distinctly alien appearance, and the MRO has no problem spotting it from high above.

The pale brown areas you see in the image are solid rock that has been blasted with wind and sand over an incredibly long stretch of time. Sediment layers that have hardened into place are more resistant to erosion, producing the tiered wedding cake shapes we see today.

Sand much darker than the surrounding rock has gathered in cavities and low spots on the landscape, and it looks pale blue in this contrast-enhanced image from the orbiter. As NASA explains, the image was snapped with a resolution of approximately 22 inches per pixel.

The image is one half of a stereo pair captured by the MRO. By capturing two images of the same area from two different locations, scientists can actually measure depth, allowing them to map the elevation of landscape and learn more about the processes that shaped it.

Eventually, mankind will likely explore Mars in person. We’re rapidly approaching a day when technology will make such a trip possible. This particular area is definitely cool to see from above, but it likely wouldn’t be at the top of anyone’s list for human exploration, so, for now, we’ll just have to enjoy the view.