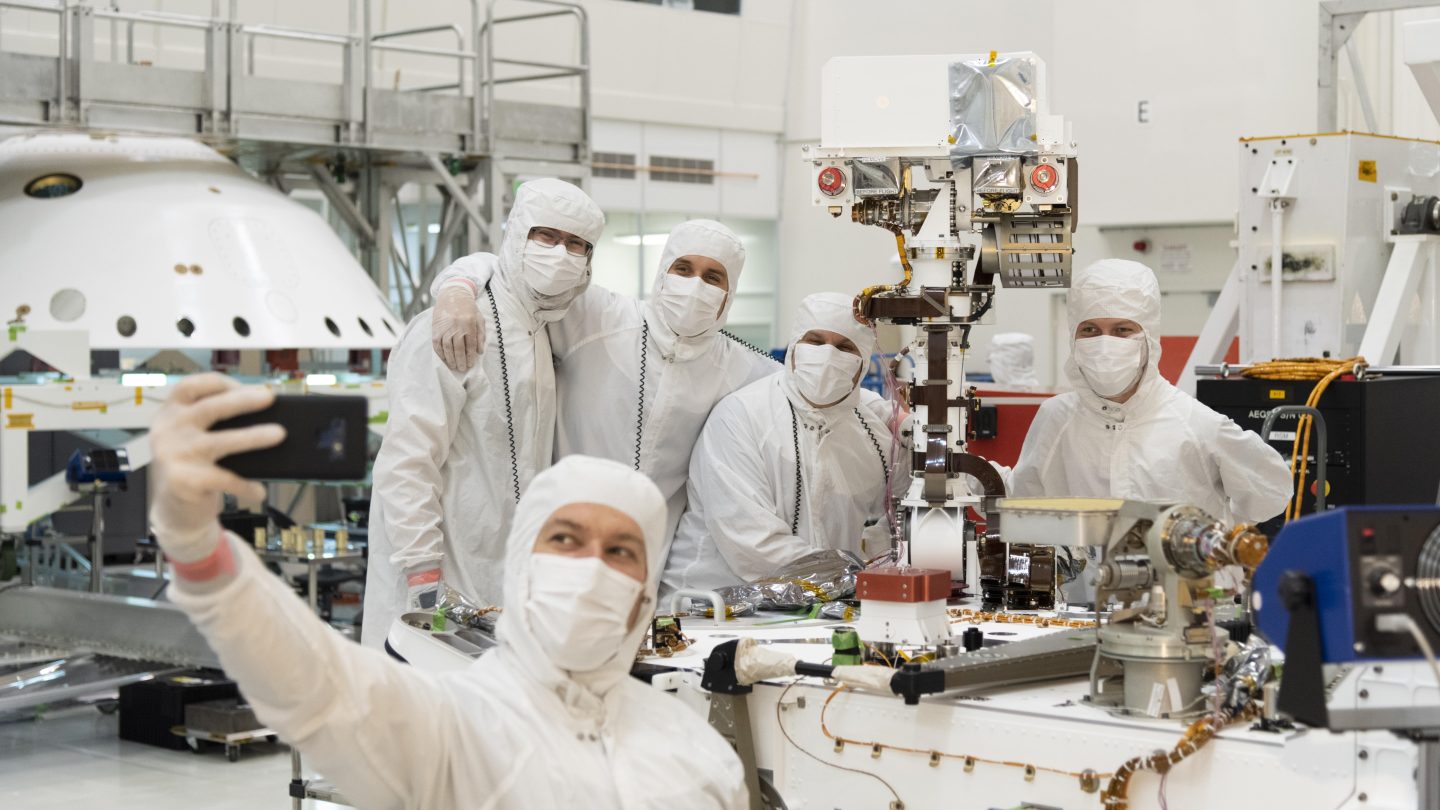 NASA’s Mars 2020 mission will be its most ambitious trip to the Red Planet yet. The Mars 2020 rover is absolutely packed with the latest high-tech instruments, and while the mission isn’t scheduled to begin until next summer, excitement is already building in a big way.

Recently, NASA began hosting a live stream where viewers can watch its engineers slowly testing and assembling the components that will be shot skyward. As NASA’s Jet Propulsion Laboratory boasts in a new blog post, the rover just got a huge addition in the form of its mast, which is the iconic “face” of any rover.

The mast of the Mars 2020 rover is equipped with lenses and various sensors that will provide scientists back on Earth with a more detailed glimpse of the Martian surface than ever before. However, the mast will actually be folded flat for the trip between Earth and Mars.

During Mars 2020’s launch, interplanetary cruise, and its fast and fiery descent toward the Martian surface, the mast will be in stowed flat on the rover’s deck. Soon after touchdown, the mast (which tops out at over 7 feet, or 2.2 meters) will be raised to provide a high perch for the SuperCam, Mastcam-Z and Mars Environmental Dynamics Analyzerinstruments as well as four Navcam engineering cameras.

That’s a whole bunch of high-tech goodies that need to work perfectly, and hooking it all up takes time. According to JPL, the “selfie” above was snapped on June 5th after the mast was first attached, but its various instruments took another six days to fully integrate.

The Mars 2020 mission is scheduled to get underway on July 17th, 2020, but it won’t actually arrive on the Red Planet until February of 2021. We still have a bit of a wait on our hands, but once the rover is on the Red Planet it’ll surely have some surprising discoveries to share with us.