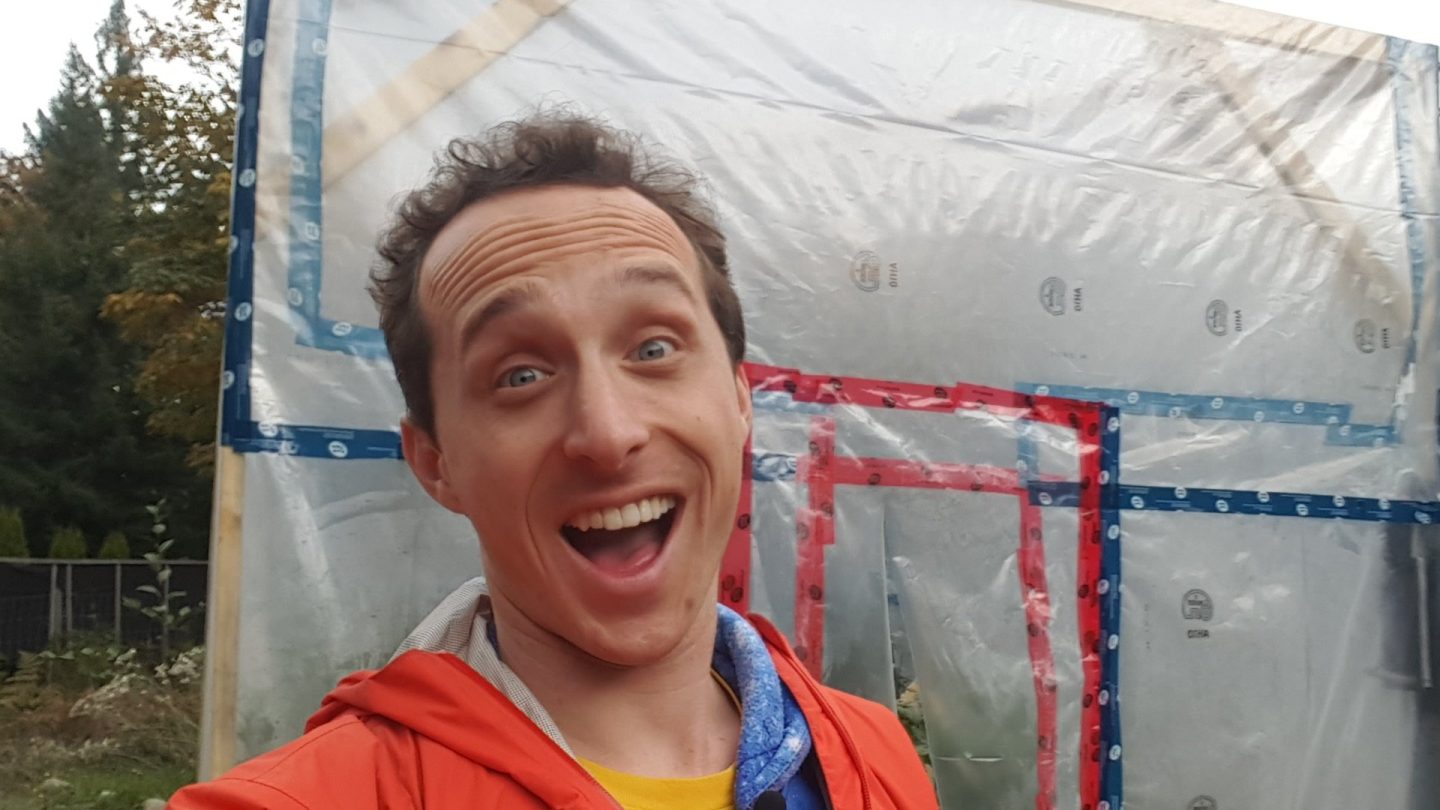 Raising awareness about climate change and mankind’s impact on the Earth is a noble cause, and there’s plenty of ways to go about it. Locking yourself in a plastic box with a bunch of plants is, well, apparently not the best option, and one Canadian man found that out this week when he was forced to abort a planned three-day stay in a homemade plastic enclosure when CO2 levels reached dangerous levels.

Kurtis Baute, who describes himself as a “whimsical scientist,” entered his homemade plastic cube on Tuesday, planning to remain inside for three days. The idea was that the approximately 200 plants that he placed inside the enclosure would be enough to filter out his CO2 output and allow him to breathe easy during his stay.

Things didn’t work out that way.

Roughly 15 hours after entering the cube, Baute was forced to exit. CO2 levels being tracked inside had reached the “abort” level, according to a report from the BBC, and the stunt came to an abrupt end.

But why didn’t it work as planned? In hindsight, Baute realized that the cloudy skies were limiting the ability of the plants to perform photosynthesis, the process by which they convert CO2 into breathable oxygen. With no sun shining down, the cube gradually filled with more and more CO2 because the plants couldn’t do anything with it.

“Plants are great at soaking up CO2, they love the stuff,” Baute said in a tweet. “But they can only handle so much, and since it isn’t a bright and sunny day (its overcast) they aren’t getting the light they need… Which means CO2 just keeps rising.”

Ultimately the experiment came to a disappointing end, but that doesn’t mean it’s not a good reminder of the plight humans will face if we can’t keep emissions under control. Gradual worldwide temperature increases are already stressing plants out, and if we reach a point (and we likely will soon) where Earth’s flora just can’t take it anymore we might be left struggling to breath just like Baute was in his plastic cube.