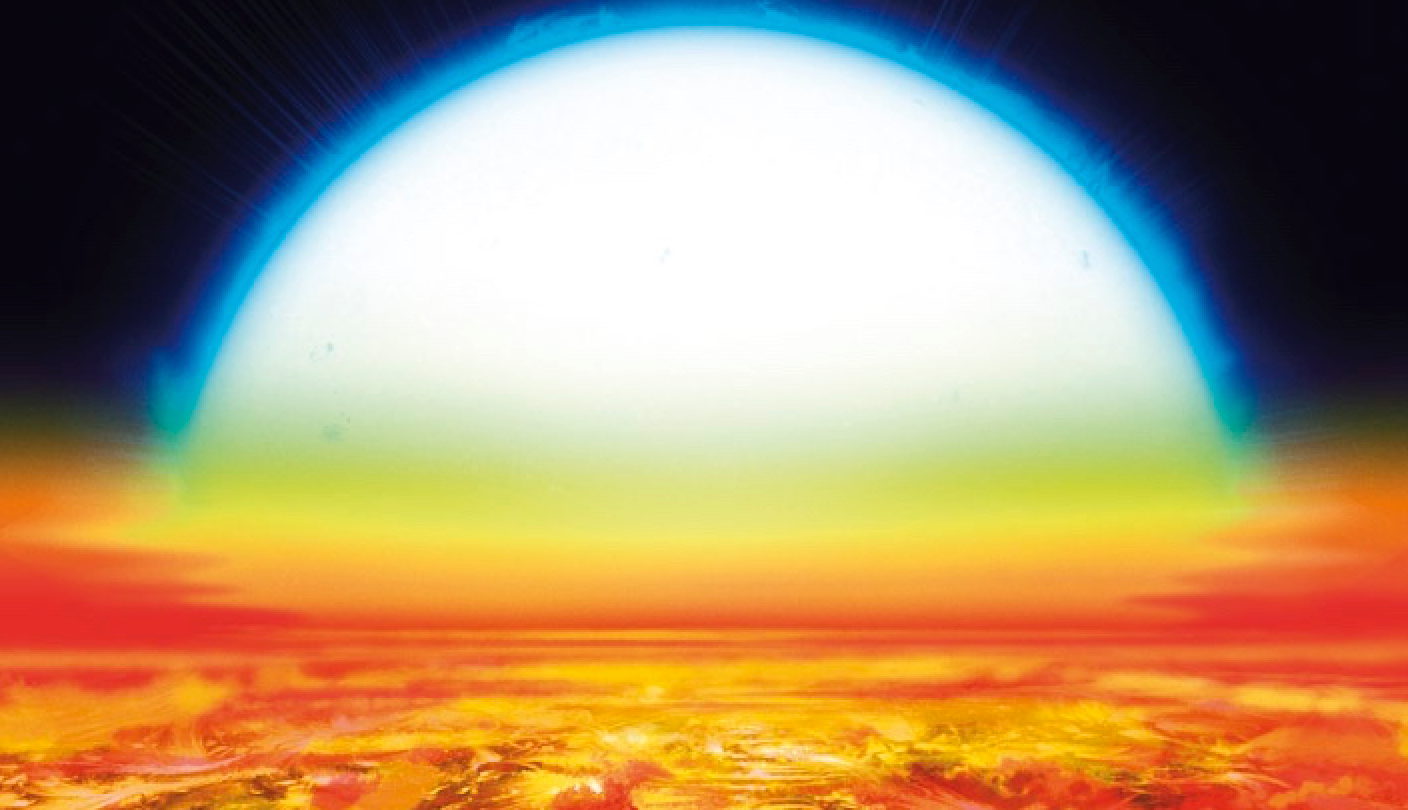 When it comes to heat in our Solar System, Mercury takes the top crown, at least as far as planets are concerned. You wouldn’t last more than a few seconds on Mercury’s surface, with temperatures topping 800 degrees Fahrenheit on the Sun-facing side of the planet, but believe it or not that’s downright chilly compared to the distant exoplanet KELT-9b.

KELT-9b is located around 650 light years from our Solar System, and it’s orbiting its start — named KELT-9 — at such a short distance that it managed to complete an orbit in less than two Earth days. Earth, in case you had forgotten, takes 365 days to orbit our star. That close relationship makes KELT-9b an incredibly hostile place, and a new study reveals that the planet is so hot that materials we favor on Earth because of their strength are actually vaporized.

The planet is being hailed as the first example of an “ultra-hot Jupiter,” meaning that it’s a massive ball of gas and it’s, well, very hot. Temperatures on KELT-9b are thought to reach as high as 5,800 degrees Fahrenheit, thanks in large part to the fact that the star the planet is orbiting is a great deal hotter than even our own Sun. In fact, the planet gets hotter than many stars observed by astronomers. This latest round of work was published in Nature.

By studying the light that shines through the planet’s atmosphere as it passes in front of its star, researchers have calculated what chemicals are likely present there. Amazingly, the team detected what appears to be iron vapor around the planet, which is something their theoretical models had predicted, but they also found something unexpected. The spectrum of light revealed the presence of gaseous titanium. Yes, the planet is so incredibly hot that even titanium doesn’t stand a chance.

It’s thought that planets which get as hot as KELT-9b sometimes completely evaporate due to the heat, but this particular gas giant is large enough that it’s been able to stand the test of time. We still wouldn’t want to visit it, though.