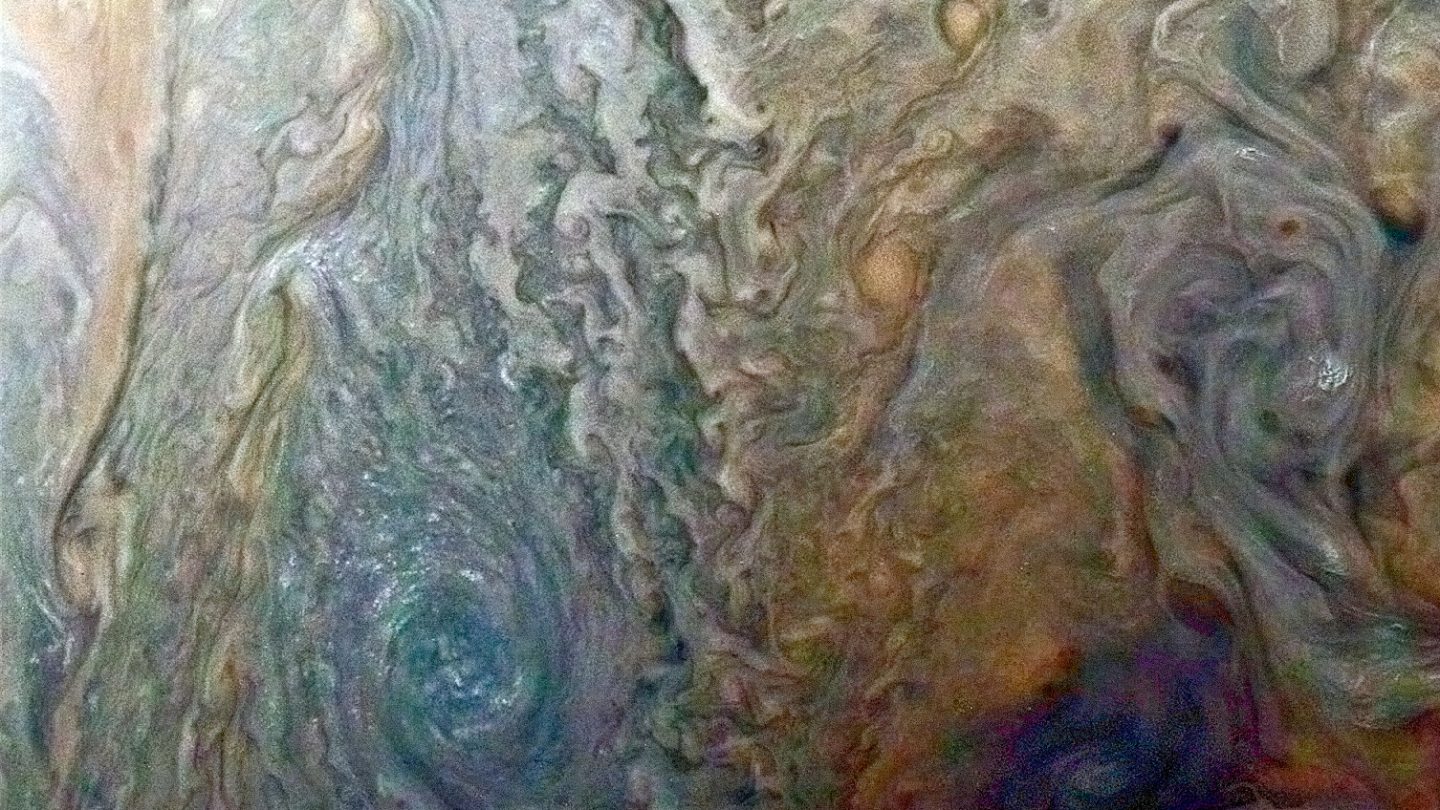 NASA has managed to capture some pretty stunning photos of all the cool stuff they’ve spotted over the years, and rarely does it fail to amaze. There’s images of planet surfaces, the rings of Saturn, and even black holes flying through space totally unchecked. Rarely, however, does a photo look so unreal that at first glance you’d be likely to mistake it for a work of Earthling art. A new photo captured by NASA’s Juno spacecraft falls into that category, and oh what a sight it is.

The image, originally taken by Juno’s “JunoCam” camera, was taken in early February and shows Jupiter’s ever-swirling mass of storm clouds from an altitude of roughly 9,000 miles. The storms which continually rock the planet take on a milky appearance when captured up close, and a citizen scientist named Roman Tkachenko took the liberty of enhancing the photo’s colors to bring out even more of the defining lines and edges.

The Juno craft, packed with all kinds of fancy monitoring equipment, made its fifth flyby of the planet on Monday, which is also the fourth “science orbit,” which is the name they give the flybys when all the instruments on board are up and running. The craft’s next flyby won’t happen until late May 2017, so it’s a rare and exciting event when one of these close passes goes by without a hitch. The craft’s data is currently being sent to Earth where researchers will continue to mine it for precious information about our solar system’s most intimidating planet.