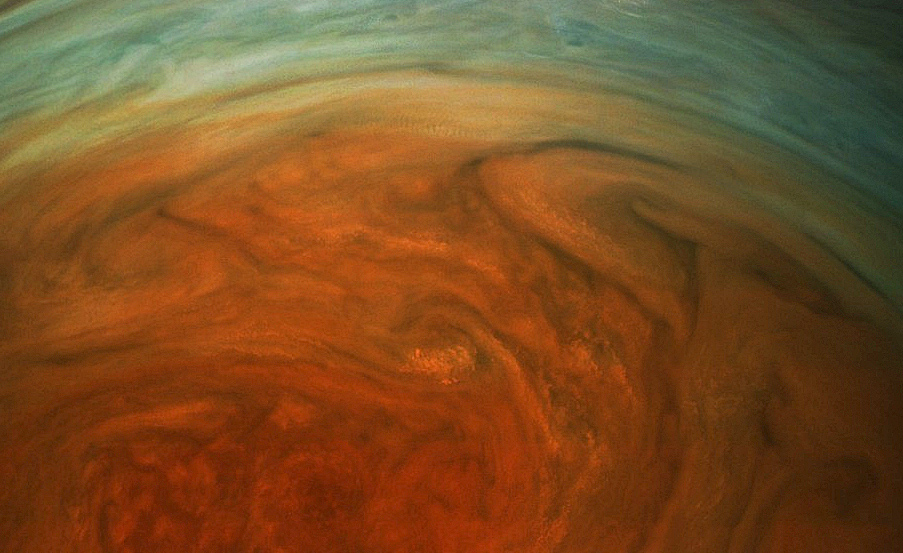 NASA’s Juno orbiter has been cruising around Jupiter for some time now, and it’s already sent back some jaw-dropping sights, but if there’s one feature of the gas giant that captures our imaginations more than any other, it’s the Great Red Spot. A couple of days ago, NASA followed through with its plan to send the spacecraft closer to Jupiter’s massive storm than ever before, and the agency has just released the very first images from that encounter.

The Juno craft made its trip over the spot as it was ascending from the lowest point in its orbit. The orbiter squeaked by Jupiter at a distance of around 2,200 miles, and captured its photos of the Great Red Spot at an altitude of around 5,600 miles. That might sound like an extremely long distance, but when we’re talking about a planet as large as Jupiter — and a colossal storm as huge as the red spot — that’s actually quite close. The Great Red Spot is a storm, but it’s unlike anything we can imagine here on Earth. It’s an absolutely massive presence on Jupiter, and the spot itself is so large that you could fit several Earths inside of it. It’s easily the most identifiable feature of Jupiter, and researchers have long puzzled over how it gets its bright orange tint. These newest photos might not answer that question, but they’re still plenty stunning anyway. It’s out best look yet at what is the largest single storm in our entire Solar System, and these photos and the Juno orbiter’s capabilities are a fantastic reminder of just how far we’ve come in terms of investigating what lies beyond Earth.