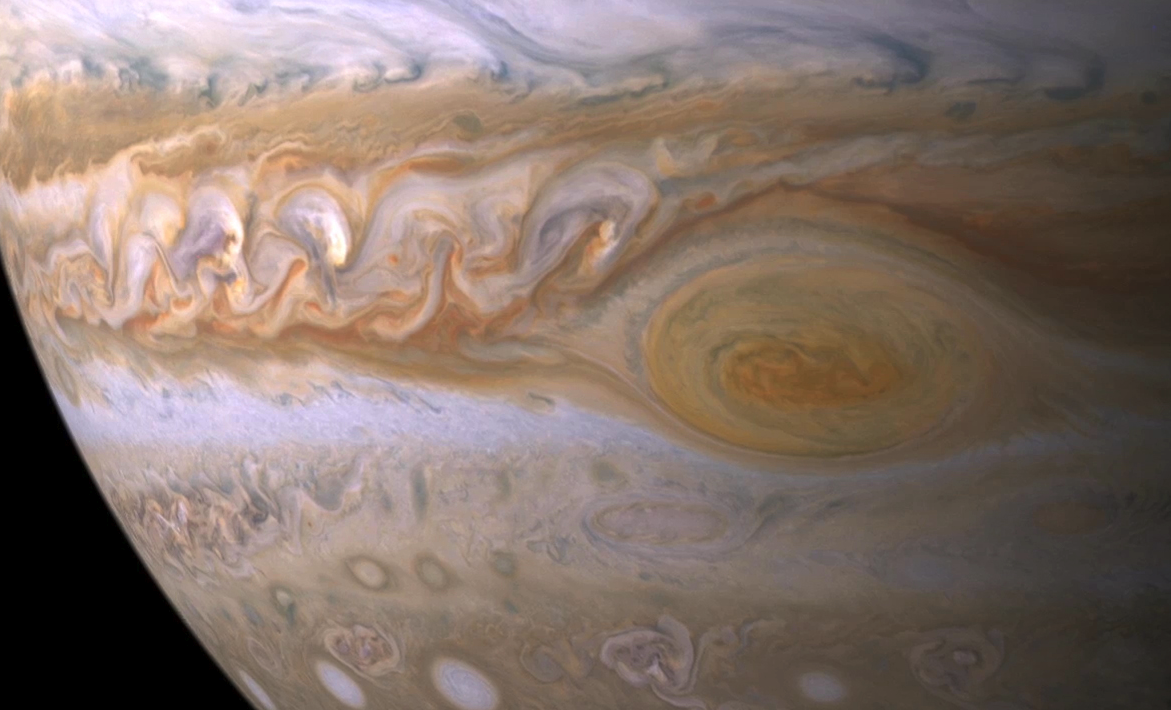 NASA’s Juno spacecraft has already captured some pretty fantastic sights from around Jupiter. The probe has only been hanging around the planet for about a year, but it’s brought us some unbelievably gorgeous photos in its short stint. Now, the spacecraft is slated to make a close fly-by of one of Jupiter’s most mysterious and awe-inspiring sights: the Great Red Spot.

The Great Red Spot is Jupiter’s most icon feature. It’s a colossal storm that has been raging on the planet for centuries, and it’s one of the first things humans noticed about the planet upon observing it. The storm dwarfs any storm you’ve seen here on Earth, and in fact it makes our planet itself look rather small by comparison. The spot is so large that it could fit two to three Earth-sized planets inside of it.

The storm is noteworthy not just for its ridiculous size; its personality is quite interesting as well. The spot’s massive swirling vortex produces winds that reach as high as 400 miles per hour, and while researchers have long studied its presence on the planet, they still aren’t sure why it has such an orangish hue.

Juno, having just celebrated its first year of orbit around Jupiter, will cruise by the spot and give NASA scientists their best look yet at the epic storm. At its closest point, the probe will be viewing the storm from a distance of about 2,200, which is a stone’s throw when we’re talking about something the size of Jupiter.